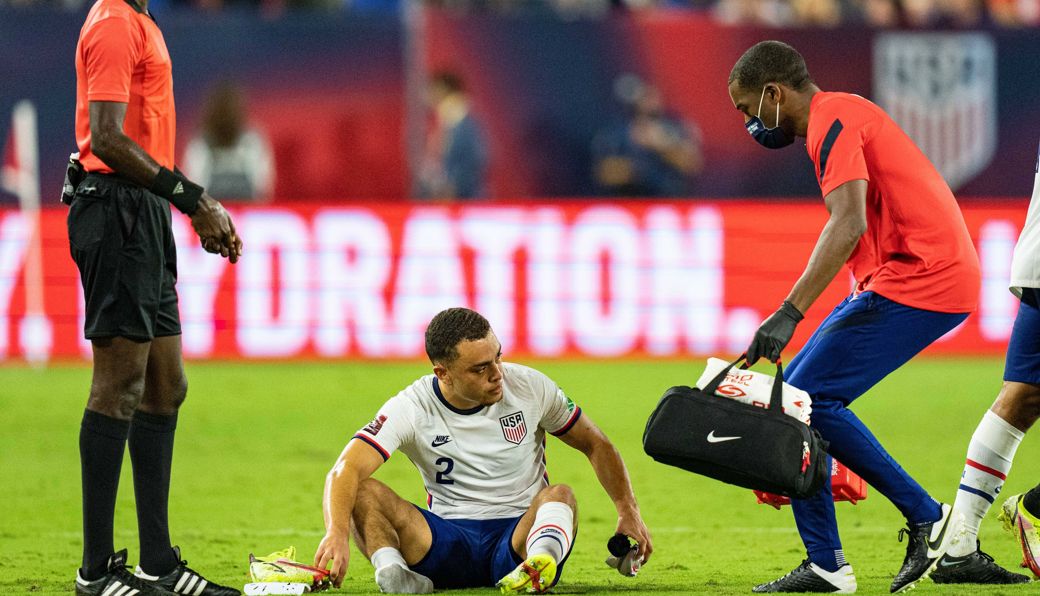 Barcelona were dealt an injury blow last night when one of their stars had to be withdrawn with injury during international duty.

The international periods are always a nervy period for clubs as they pray for the safe return of their stars.

But this time around, Barcelona already know they will be getting at least one of their stars back injured.

And that’s because right-back Sergiño Dest had to be taken off with an injury while playing for the United States on Sunday night.

The US drew 1-1 with Canada in their latest World Cup qualifier, but just one minute before half-time, Barcelona star Dest had to be brought off with an ankle injury.

Just how serious the injury is remains to be seen, but Dest did look in discomfort.

He will likely undergo testing today to see how bad the injury is, but the 20-year-old will become an instant doubt for Barcelona’s upcoming fixtures.

It is still unclear whether Barca will face Sevilla on the weekend due to their postponement request being denied by the RFEF but then appealed by La Liga.

But either way, the Blaugrana will face Bayern Munich at Camp Nou in a key Champions League clash on September 14, a game Dest will desperately want to be involved in.