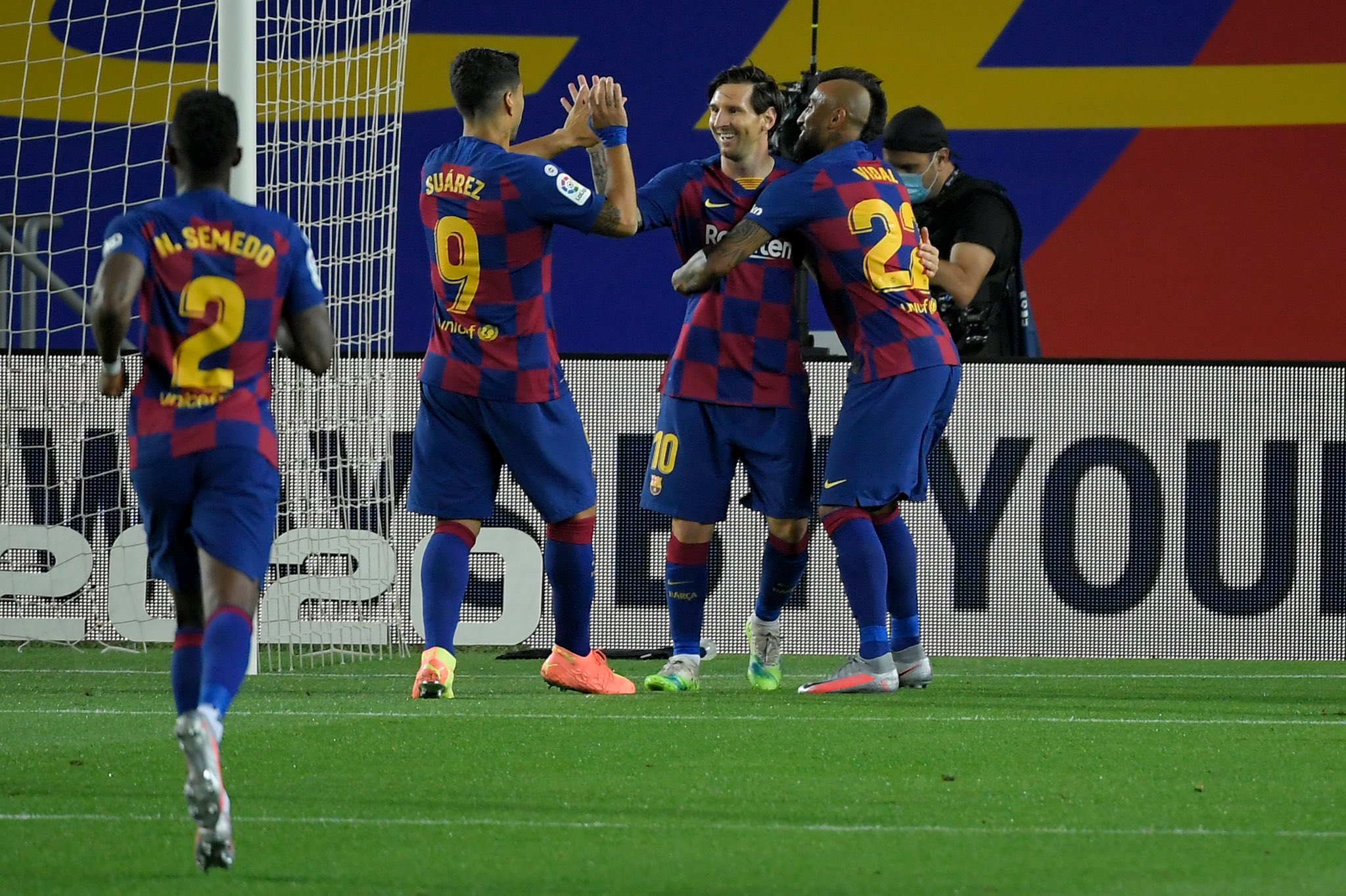 Quique Setien’s side have found it difficult to break down a resilient Leganes side, who have enjoyed the better goal scoring chances at the Camp Nou.

Miguel Guerrero was denied by Clement Lenglet, and the Barcelona woodwork, in the first half, before Ansu Fati fired home the opener on 42 minutes.

Barcelona continued to dominate possession after the break, but with chances still at a premium for the Catalan giants.

Antoine Griezmann had a goal ruled out just after the hour, following an offside against Nelson Semedo in the build up.

However, Messi calmness from the spot looks to have sealed a vital win, after he was barged over inside the box by Jonathan Silva.

👉 Messi dispatches the penalty he won…

Setien has made a host of second half changes, with Luis Suarez making a second successive substitute appearance, with Samuel Umtiti replacing the injured Gerard Pique.