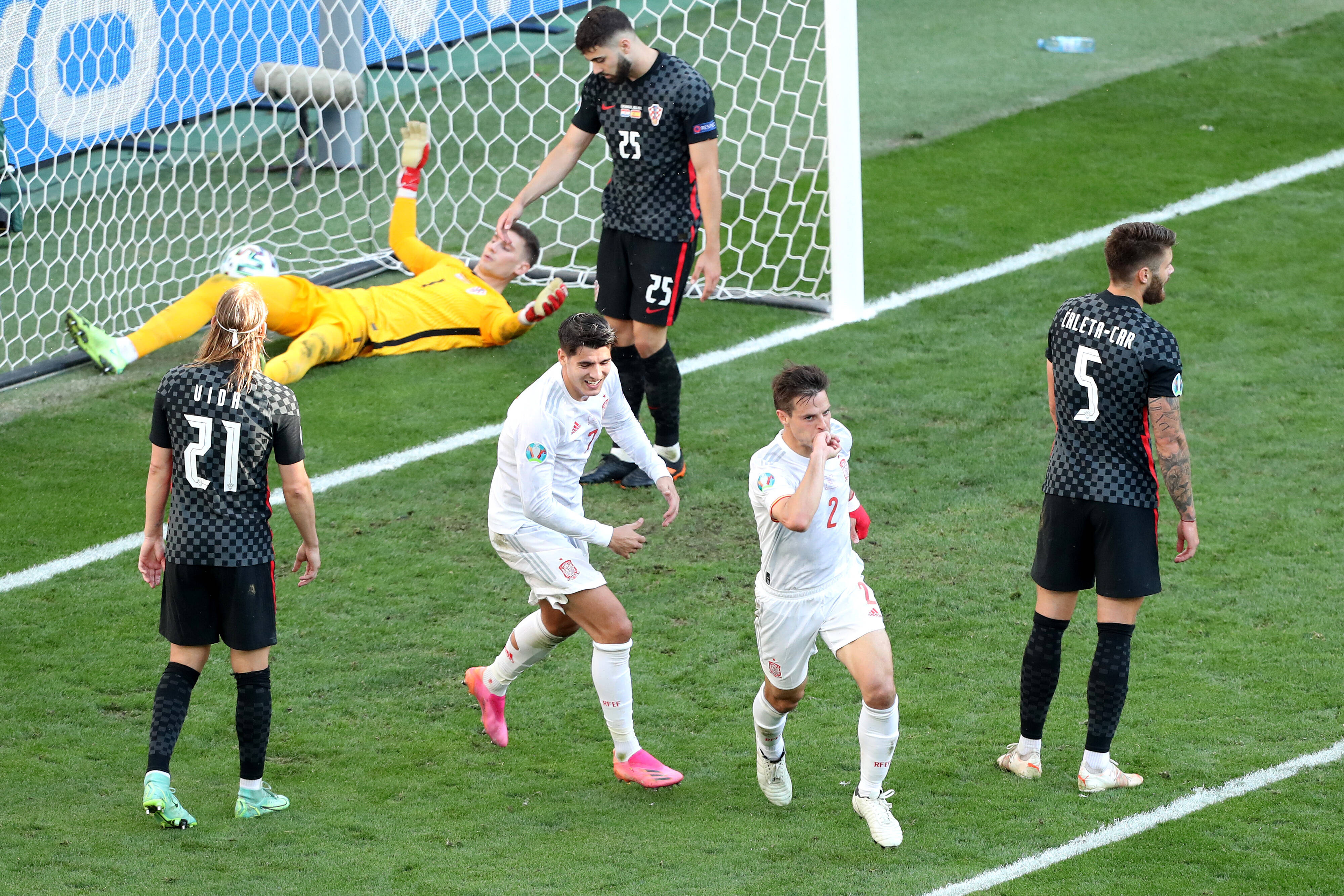 Spain star Cesar Azpilicueta has defended Alvaro Morata over the criticism he has received during Euro 2020.

Morata revealed last week that he has received threats over his children and wife on the back of his performances at this summer’s competition.

The Juventus striker scored in Spain‘s second game, but after La Roja drew both of their opening fixtures, scoring only once, Morata was hounded for his lack of goals.

Since then, Spain have come to life, scoring 10 in two games to reach the quarter-finals, and Morata has taken his tally to two with an excellent finish in the 5-3 win over Croatia.

And it seems as though the pressure has lifted, with many also coming to Morata’s defence following the news of the intense criticism.

La Roja and former Chelsea teammate Azpilicueta is one of those players, and while the Chelsea star understands criticism is part of the players’ job, he says ‘there ‘is a line’.

“At times we live with that negativity and like people, we need to stop for five seconds and think what it would be like to be that person and see that you would not like them to do it to you,” the right-back told Marca.

“As footballers, we know that we are public people and that all that we do on the grass, if we don’t score, if we fail, we receive criticism, that’s understandable within sport.

“If I fail, I don’t expect that the fans and the press don’t say that I have done well.

“There is a line that has to be considered. In England, with the theme of social media, we did a boycott because I think that it’s a job for all. I think that we still have a lot to do and hopefully, it is achieved.”

Asked how Morata is feeling now, Azpilicueta added: “Alvaro is more mature every day. He has received stick, but he is a striker of the national team. To succeed (David) Villa or Fernando (Torres) is not easy.

“Alvaro has shown that he knows how to be and how to face the challenge that he has had.