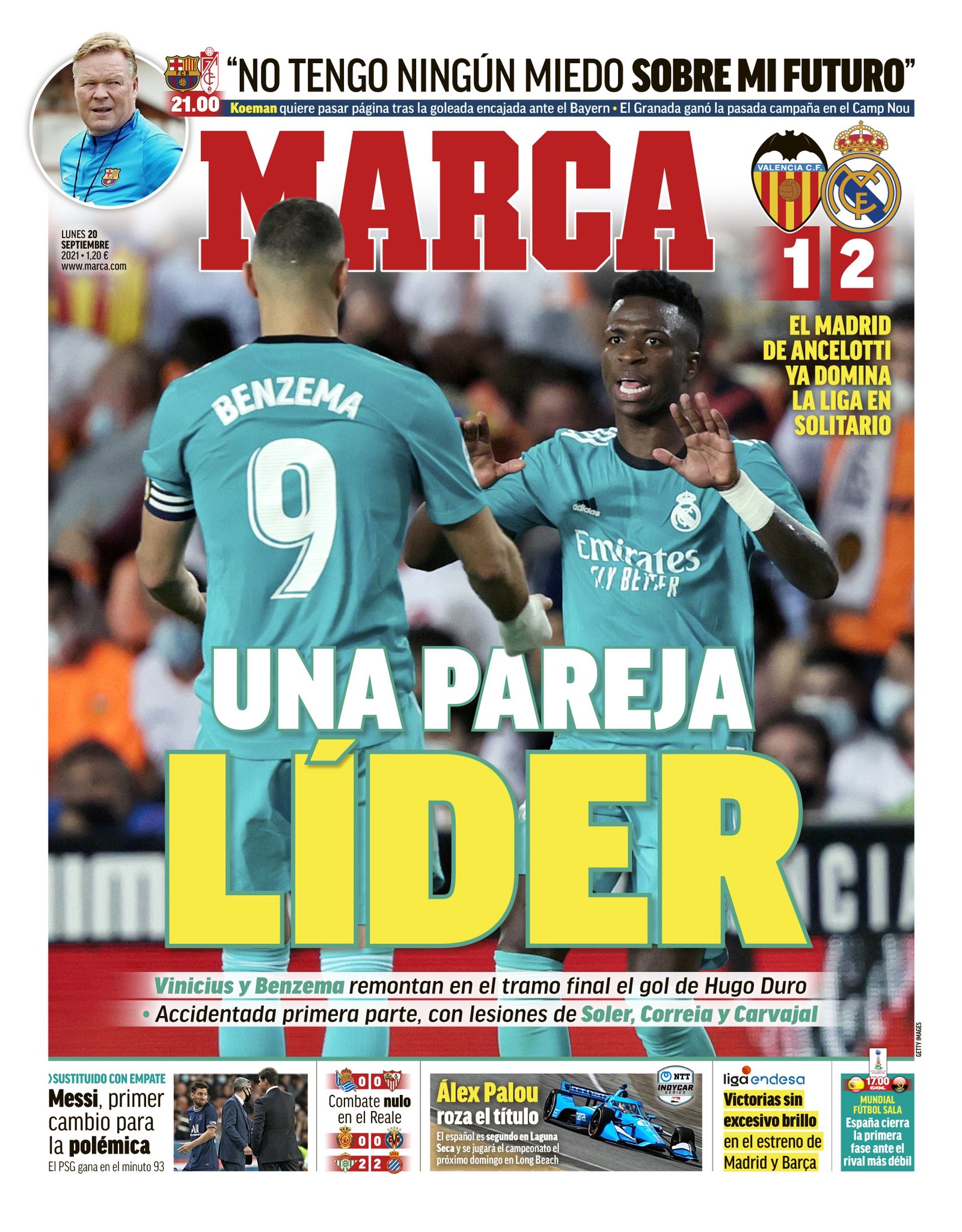 REAL MADRID: Leadership Couple - Vinicius Junior and Karim Benzema come to the fore late on for Real Madrid as their goals secured a 2-1 win at Valencia to cancel out Hugo Duro's opener. However, the first half at the Estadio Mestalla was dominated by injuries with Carlos Soler, Thierry Correia and Dani Carvajal all forced off before the break. 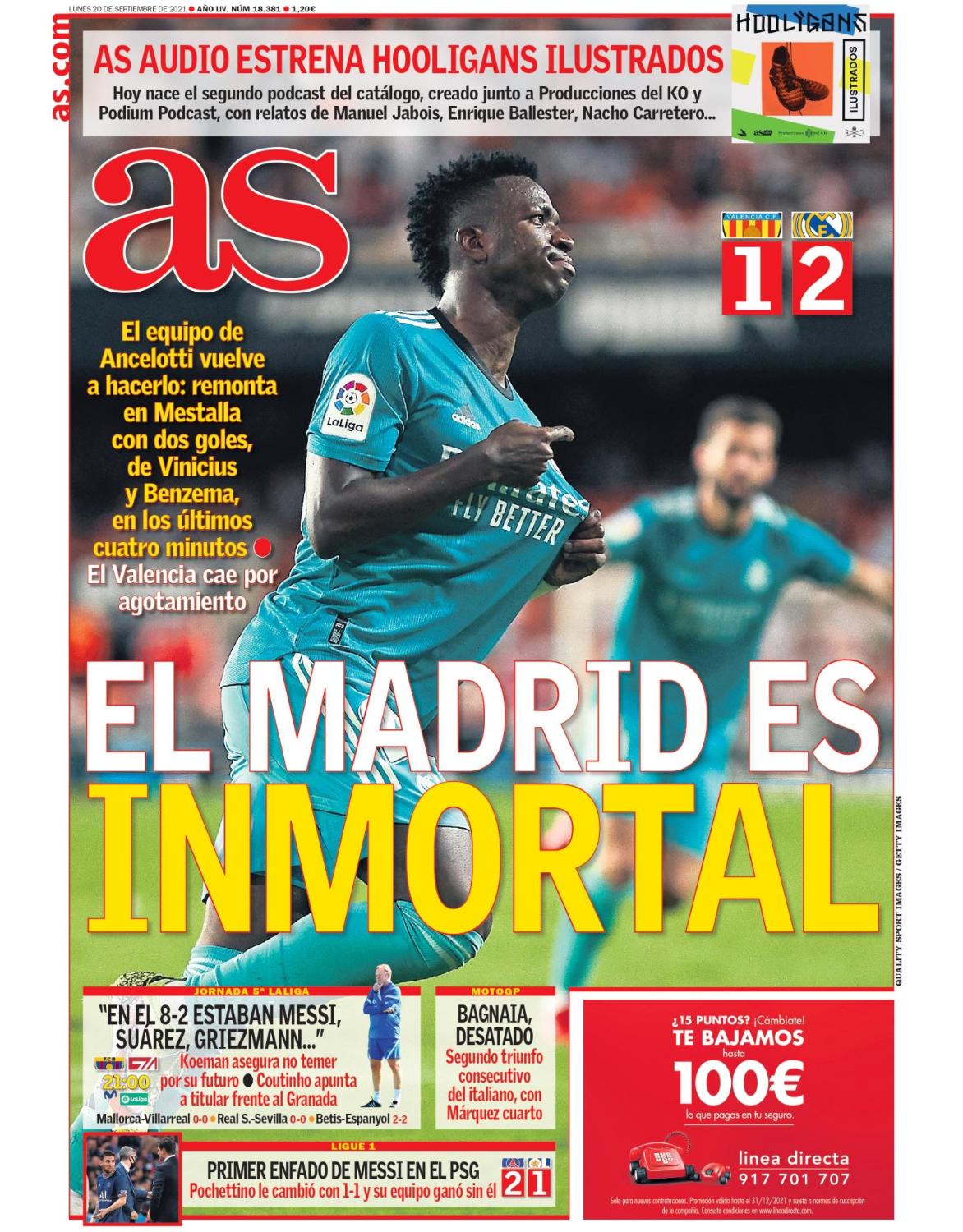 REAL MADRID: Madrid are Immortal - Carlo Ancelotti's side fightback to secure a 2-1 win at Valencia with Vinicius and Benzema scoring in the final four minutes as Jose Bordalas' side ran out of steam in the last seconds.
BARCELONA: Without Fear - Ronald Koeman knows his Barcelona side must win against Granada tonight as the Dutch boss claims he is not concerned about his future at the club. Koeman could recall Alex Balde and Philippe Coutinho to the side with the latter aiming to improve his image at the club in the coming months.