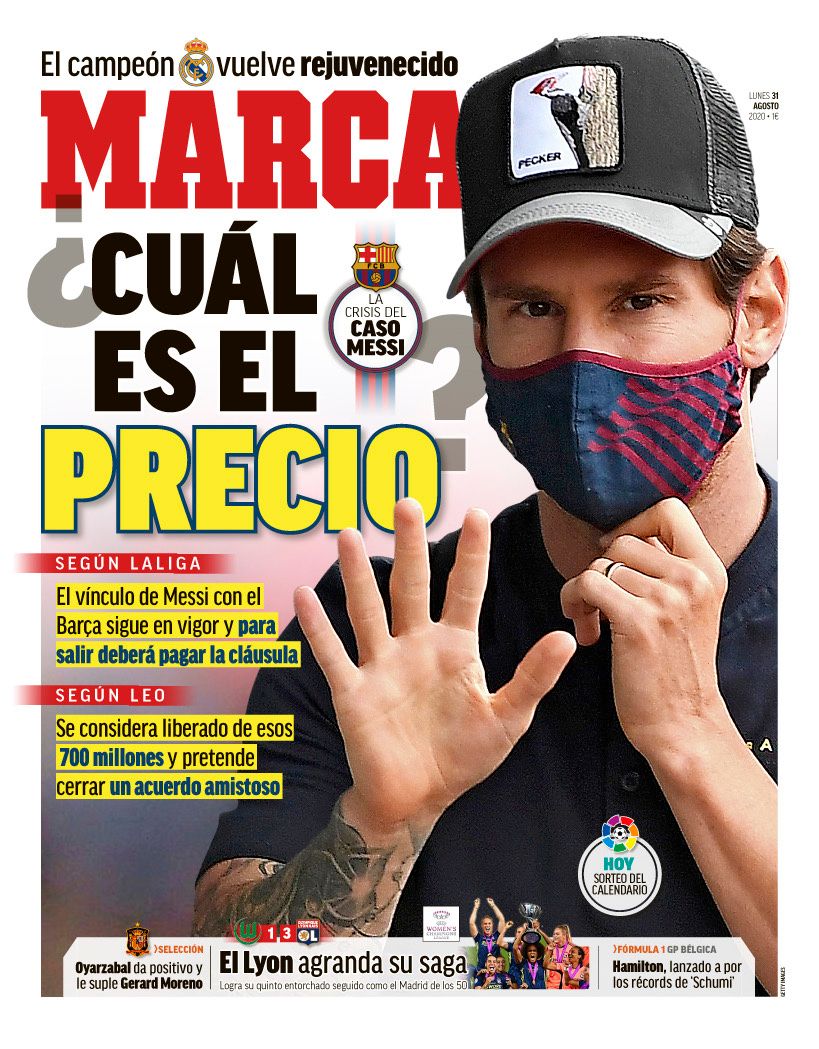 BARCELONA: What is the price? La Liga confirm Lionel Messi's contract remains in place at Barcelona, and any interested clubs will have to pay his €700m release clause. Messi himself feels already liberated from the club and he intends leave on friendly terms. SPAIN: Real Sociedad captain Mikel Oyarzabal will not join up with Luis Enrique's Spain squad, after testing positive for Covid-19, with Gerard Moreno called up as a replacement. 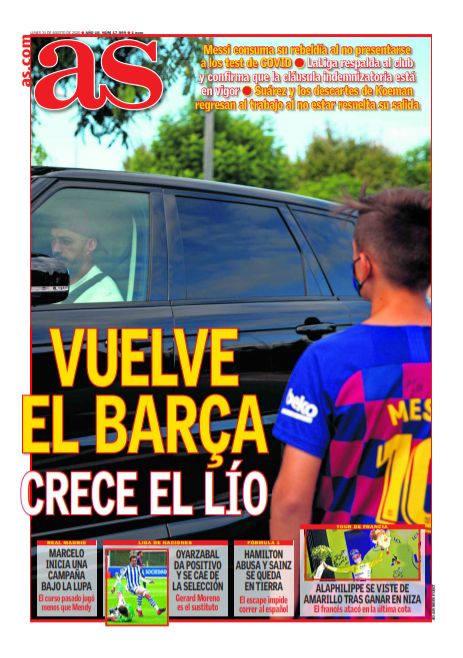 BARCELONA: Barcelona returns and things are messy - Lionel Messi continues his boycott and refuses to attend their PCR tests. La Liga confirm they will support Barcelona by requesting Messi's €700m release clause is met in any potential exit. Luis Suarez and other players set for a transfer out of Barcelona all return to training, with their futures undecided. 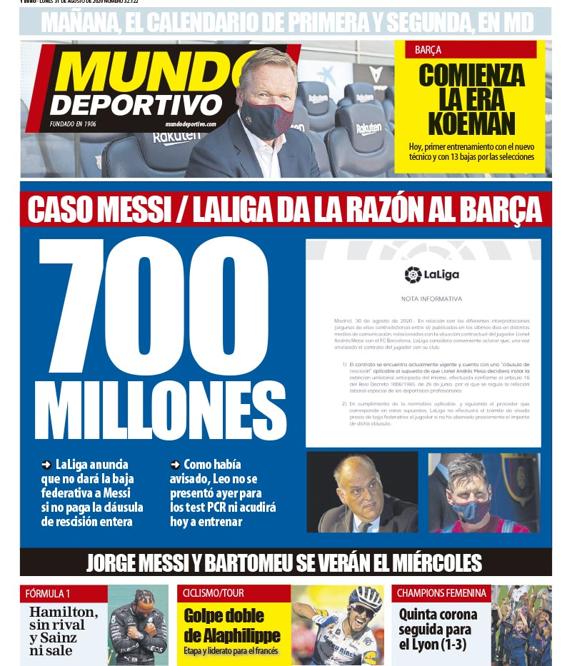 BARCELONA: 700 Millions: The Case of Messi as La Liga Rules in favour of Barcelona - La Liga have announced they will not deregister Messi for the 2020-21 season, and they will not do so, unless his full €700m release clause is met.  As expected, Messi did not attend the club's PCR tests yesterday and will not return for preseason training yet.