Wednesday front page headlines from Marca, Diario AS and Mundo Deportivo, in English. 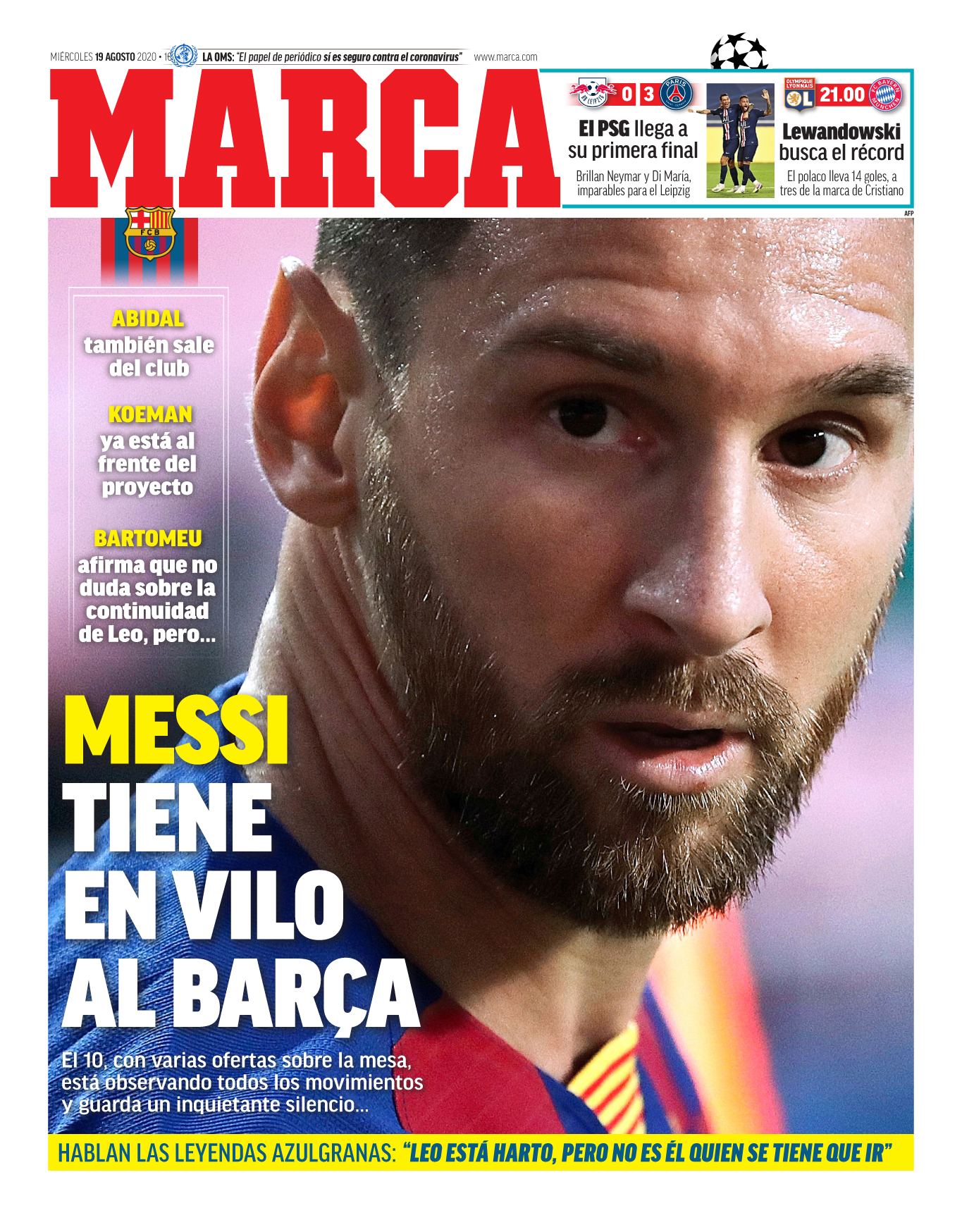 BARCELONA: Messi has Barcelona in suspense - Lionel Messi reportedly has various offers from other clubs on the table, and he is keeping silent on his plans ahead of crunch few days in Catalonia. Eric Abidal has already left the club, with Ronald Koeman set to be confirmed as the new manager, and Josep Bartomeu confirms the club want to Messi to stay. 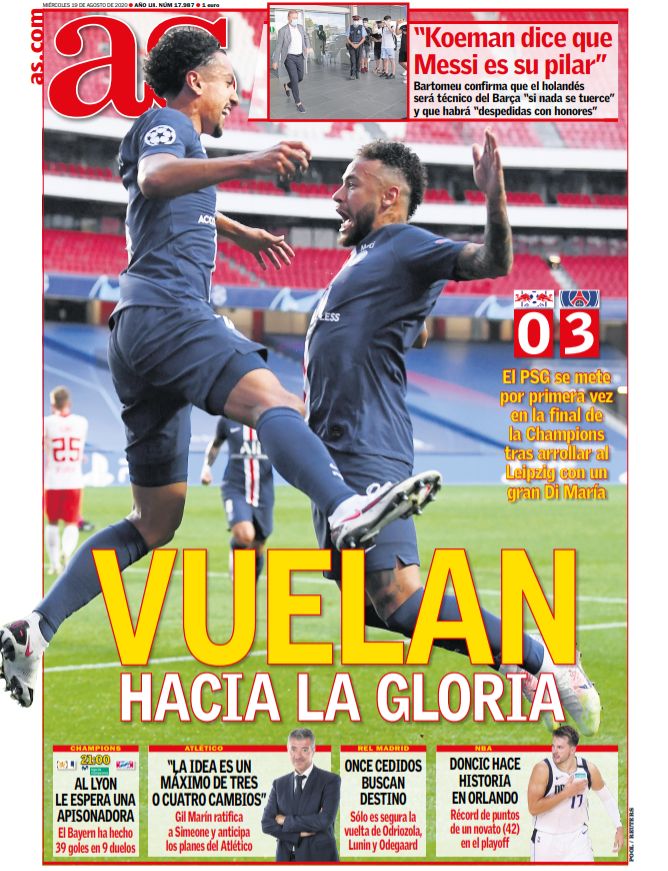 BARCELONA: Koeman says that Messi is his key man - Josep Bartomeu has confirmed Ronald Koeman will take over as Barcelona boss, with talks with Messi planned for the next few days. 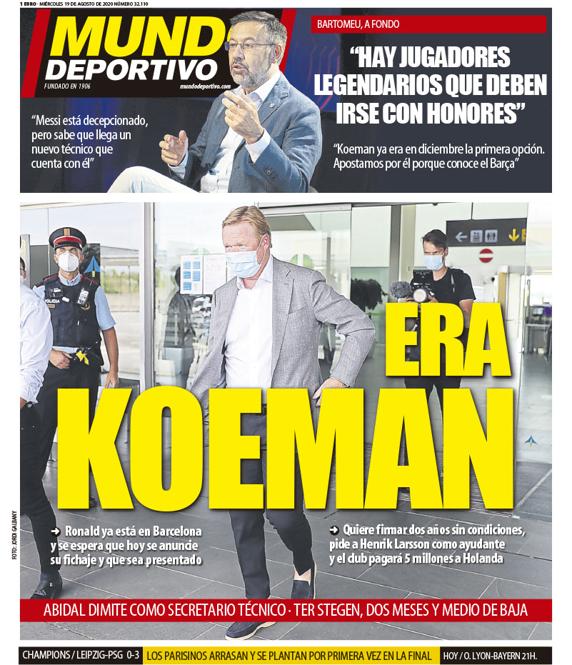 BARCELONA: Koeman Era - Ronald Koeman is already in Barcelona ahead of his expected announcement as the new La Blaugrana manager. He is set to be confirmed in his new role within the next 24 hours. He is set to agree a two-year deal and wants to bring in Henrik Larsson as part of his coaching staff. Barcelona will pay €5m in compensation to the Dutch FA as part of Koeman's move to the club.