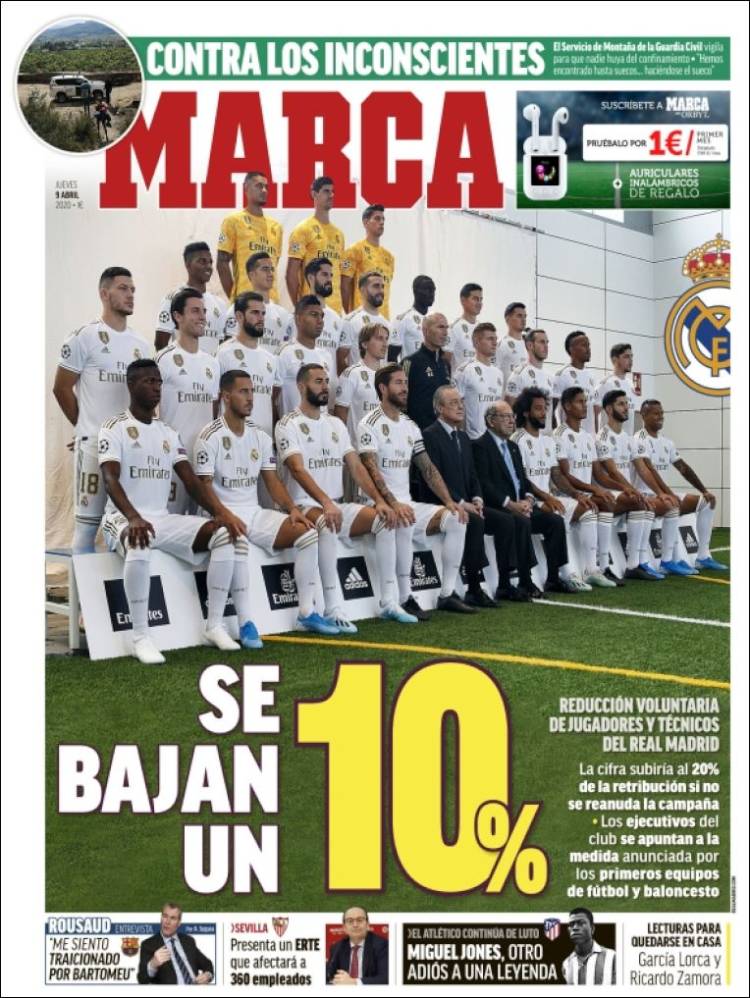 A cut of 10 percent Voluntary wage reduction from players and directors of Madrid - could rise to 20 percent "I feel betrayed by Bartomeu" - Rousaud Sevilla present an ERTE which will impact 360 employees Miguel Jones, another Atleti legend dies 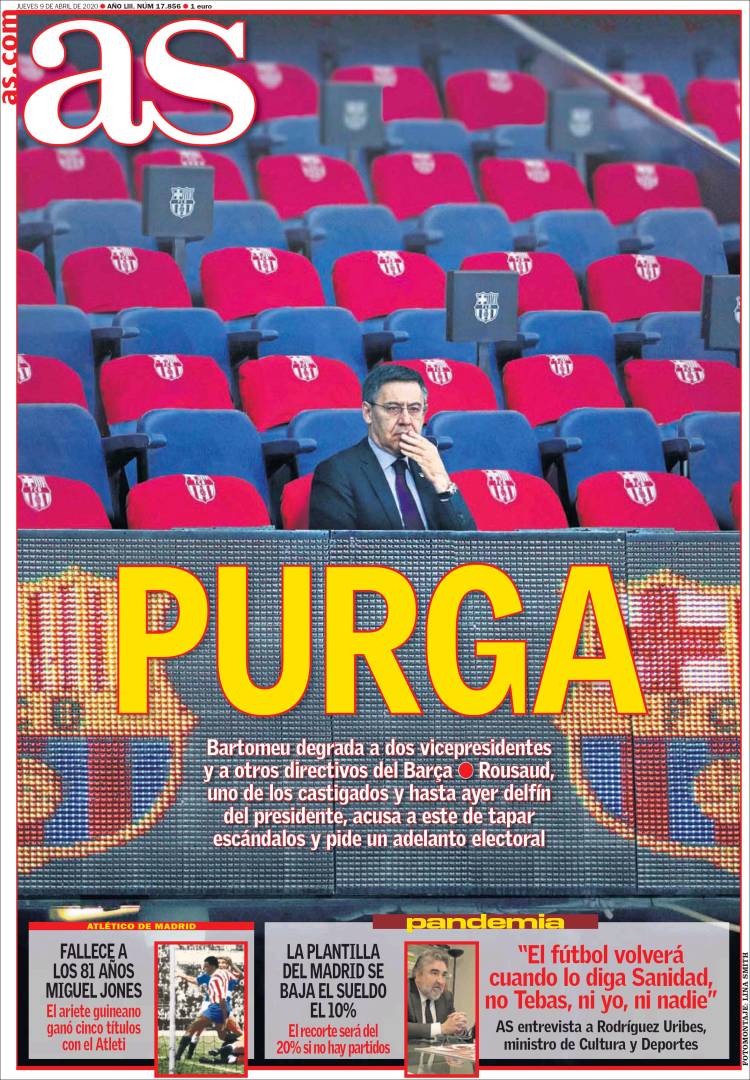 Purge Bartomeu attempts to clear out Barcelona board, Rousaud among them Death of Miguel Jones, 81 Madrid agree 10 percent paycut 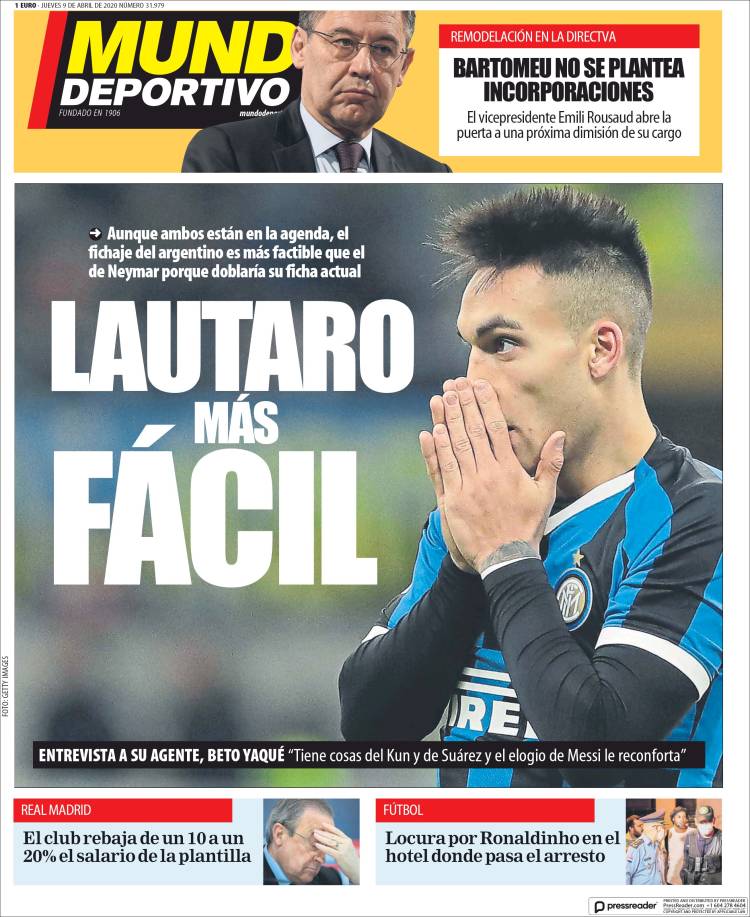 Lautaro, easier Although both are on the agenda, his signing is more straightforward than Neymar Bartomeu doesn't consider incorporations Madrid agree pay cut of between 10 and 20 percent Madness in the hotel for Ronaldinho, under house arrest