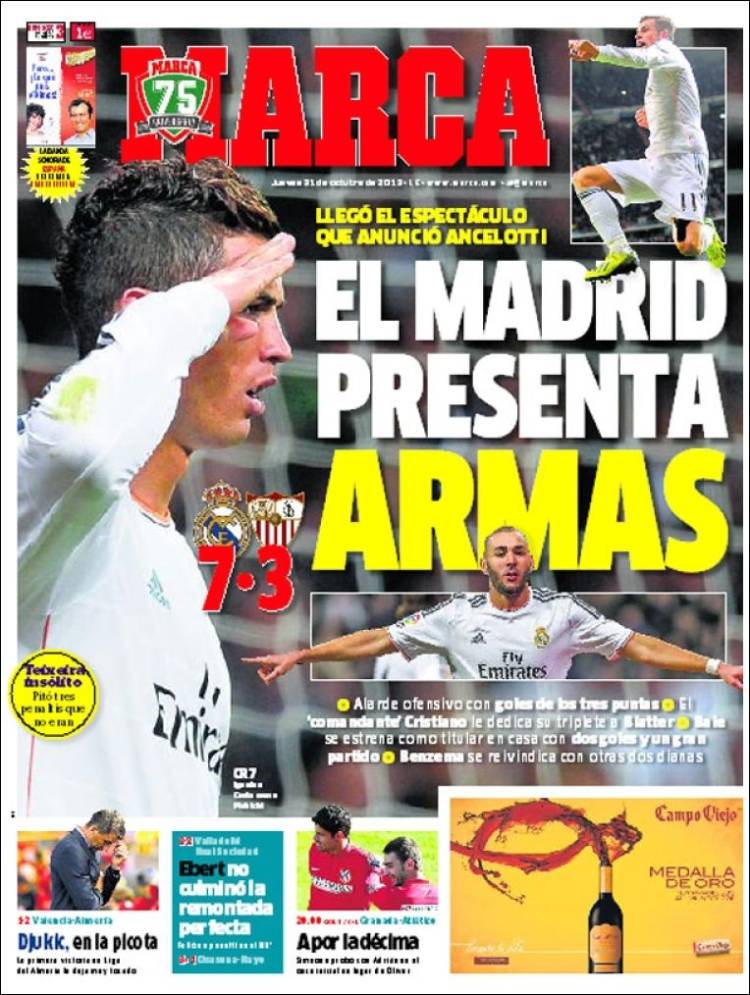 An offensive show with goals from the three attackers

Bale shines with two goals and a great game

Benzema re-vindicates himself with two goals

Going for La Decima (the tenth) 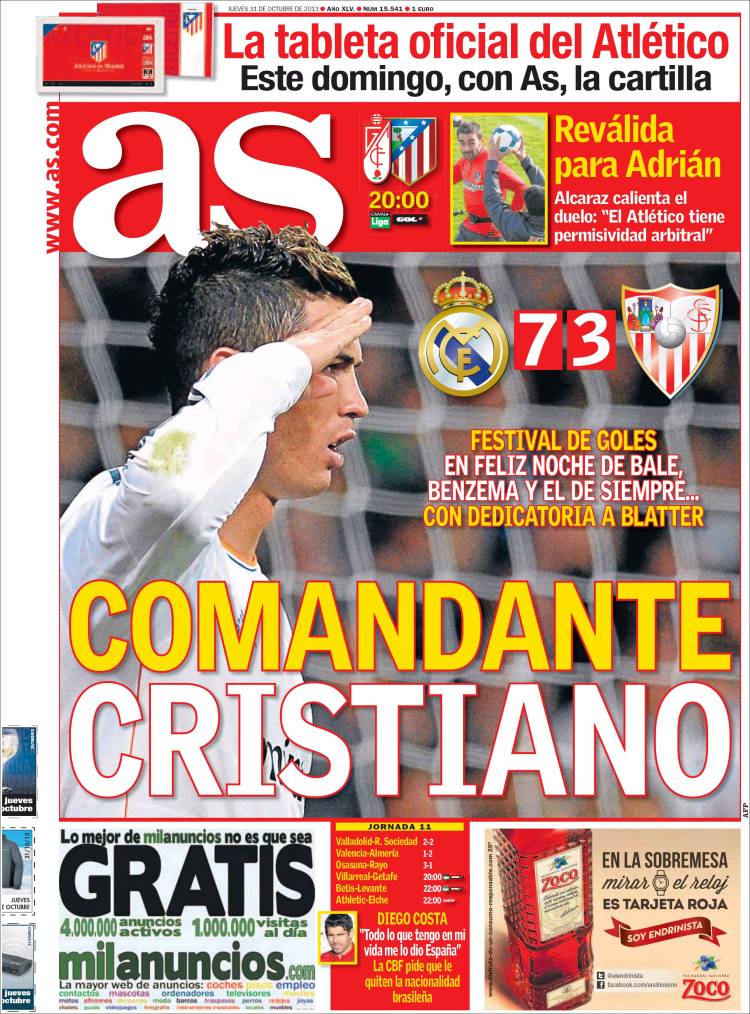 A festival of goals on a great night for Bale, Benzema and CR7 as always who dedicated his goal to Blatter

Alcaraz stokes the fires: "Atletico are given leniency from referees"

Diego Costa: "Everything I have was given to me by Spain"

The CBF ask that he renounce his Brazilian nationality 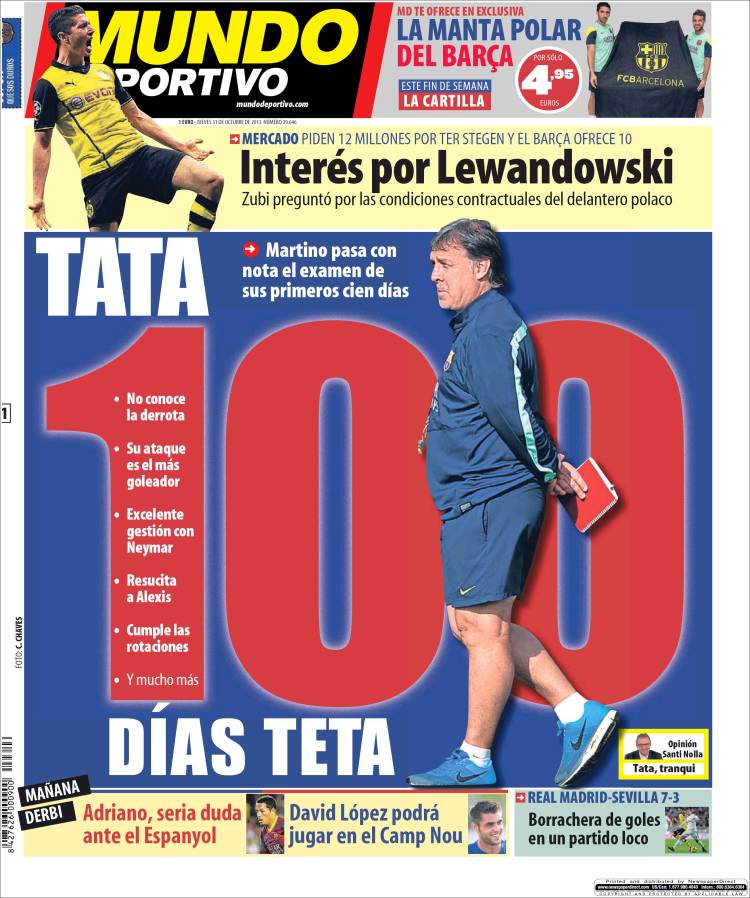 Martino passes his first 100 days in office with flying colours

His team is still undefeated, his team have scored the most goals, Neymar has settled excellently, Alexis has been revitalised, he has made rotations and done much more

Adriano could be a doubt for Espanyol

David Lopez could play at the Camp Nou

Real Madrid 7-3 Sevilla: Getting drunk on goals on a crazy game