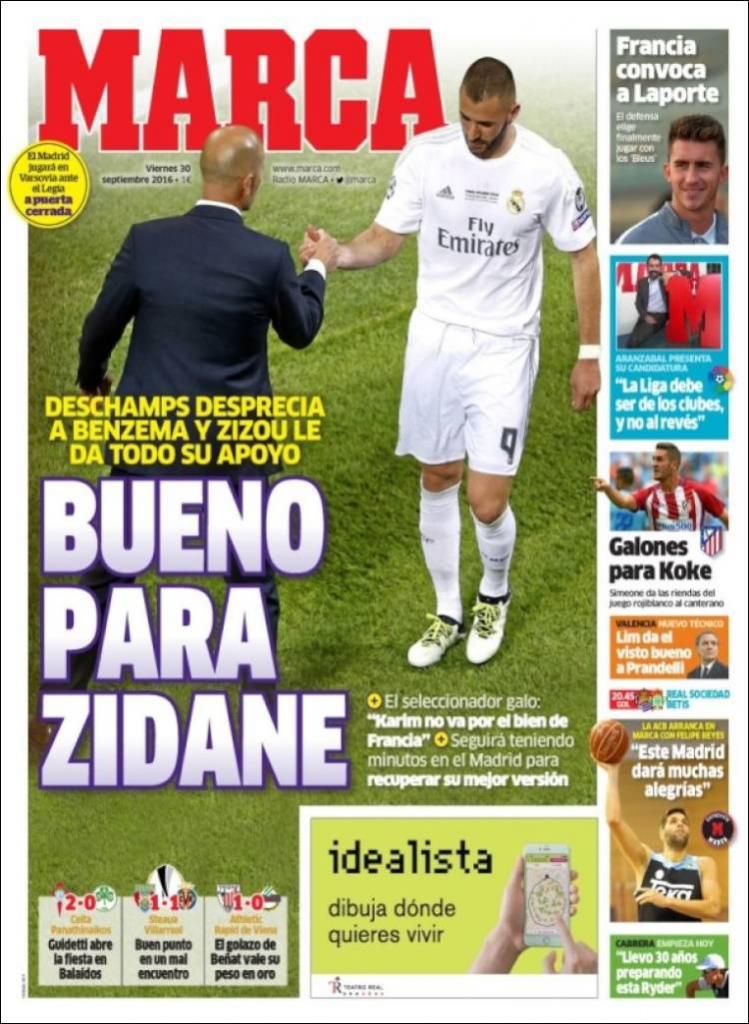 Zidane will give Benzema more minutes to regain form, the French manager: 'Benzema will not return to team'

Aranzabal: LaLiga must be of the clubs, not the other way round

Lim has a good visit with Prandelli

Guidetti opens the party in Balaidos, a good draw for Villarreal, Benat goal worth it's weight in gold 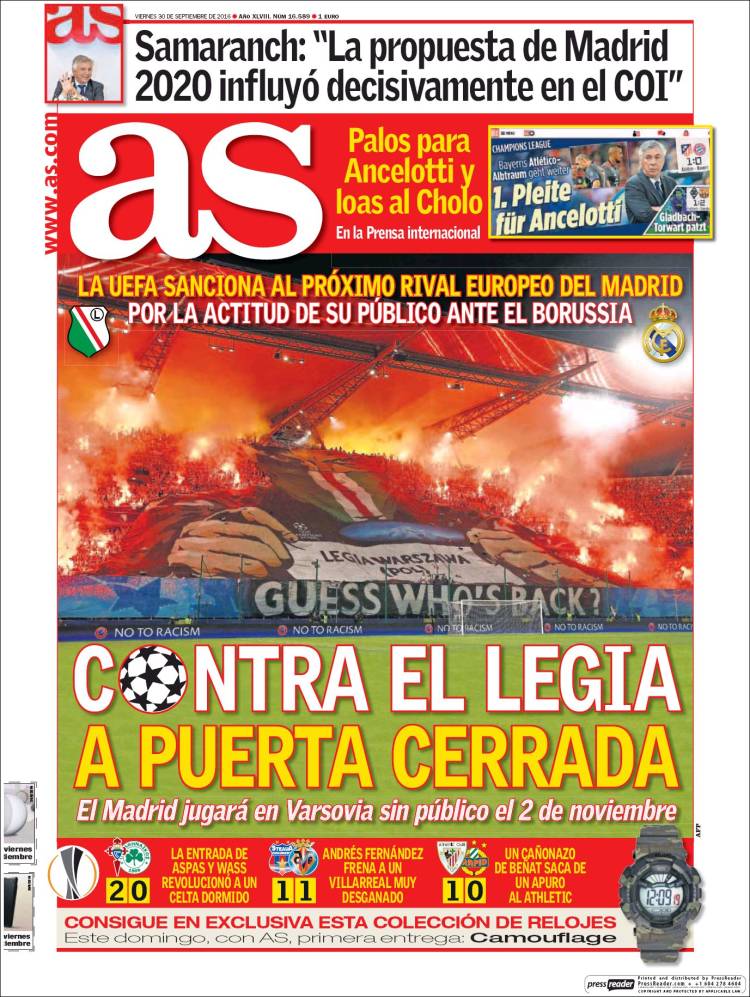 Against Legia behind closer doors

UEFA sanctions Legia Warsaw for racism, violence and four other cases for actions against Borussia Dortmund. The club will appeal.

Stick for Ancelotti and praise for Simeone in the international press 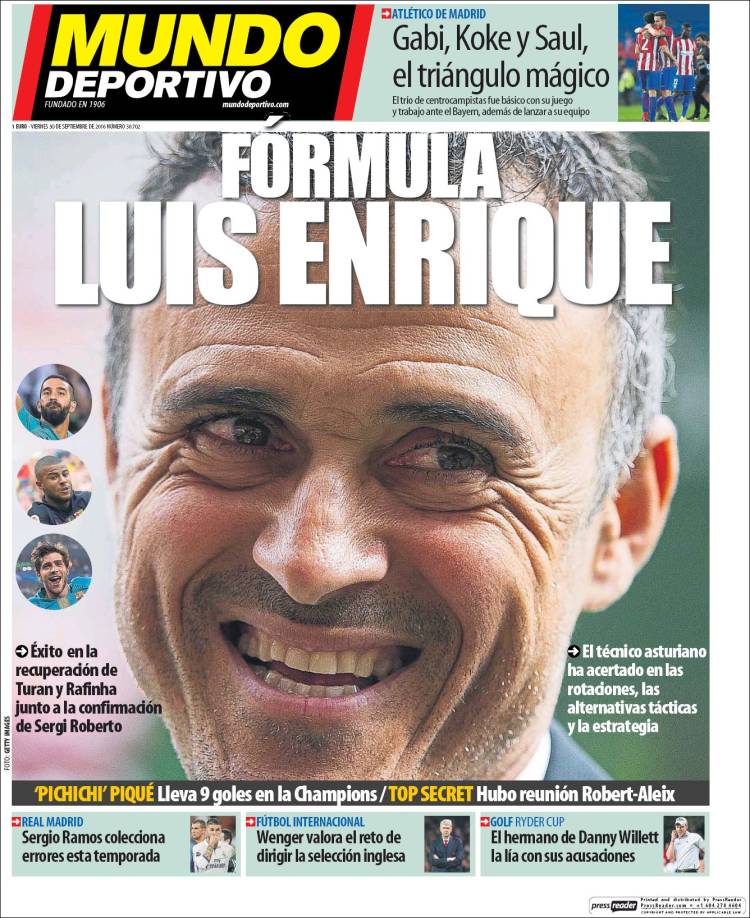 Success in reuniting Arda and Rafinha in the side, and playing Sergi Roberto

The Asturian boss has been successful in rotating, alternative tactics and strategy

Gabi, Koke and Saul - the magical trio behind Atletico's success against Bayern

'Pichichi' Pique - he has 9 goals in the Champions League now, Top secret: There was a meeting between Aleix Vidal and sporting director Robert

Sergio Ramos has the most errors this season, Wenger appreciates the challenge of the England job