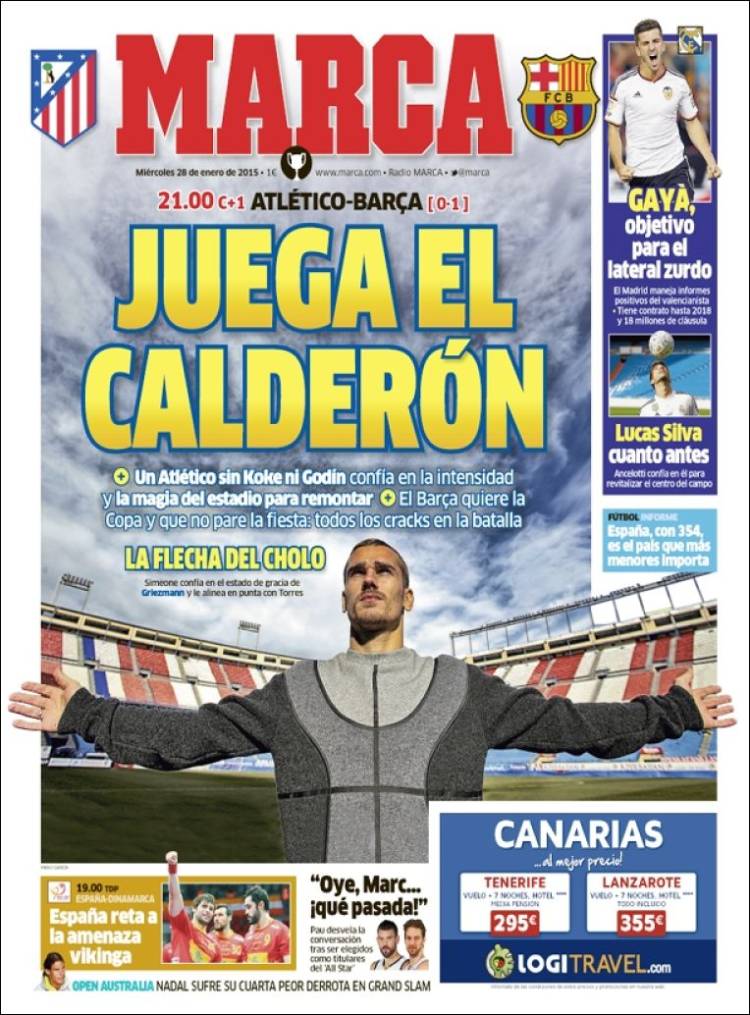 Barca want the Cup and for the party not to stop: all the stars ready for the battle

Cholo’s arrow: Simeone trusts in Griezmann’s form and his selection up front with Torres

Gaya, the objective for full-back: Madrid act on positive information about the Valencia player: he has a contract until 2018 and an €18m release clause

Lucas Silva as soon as possible: Ancelotti is counting on him to revitalise the centre of midfield 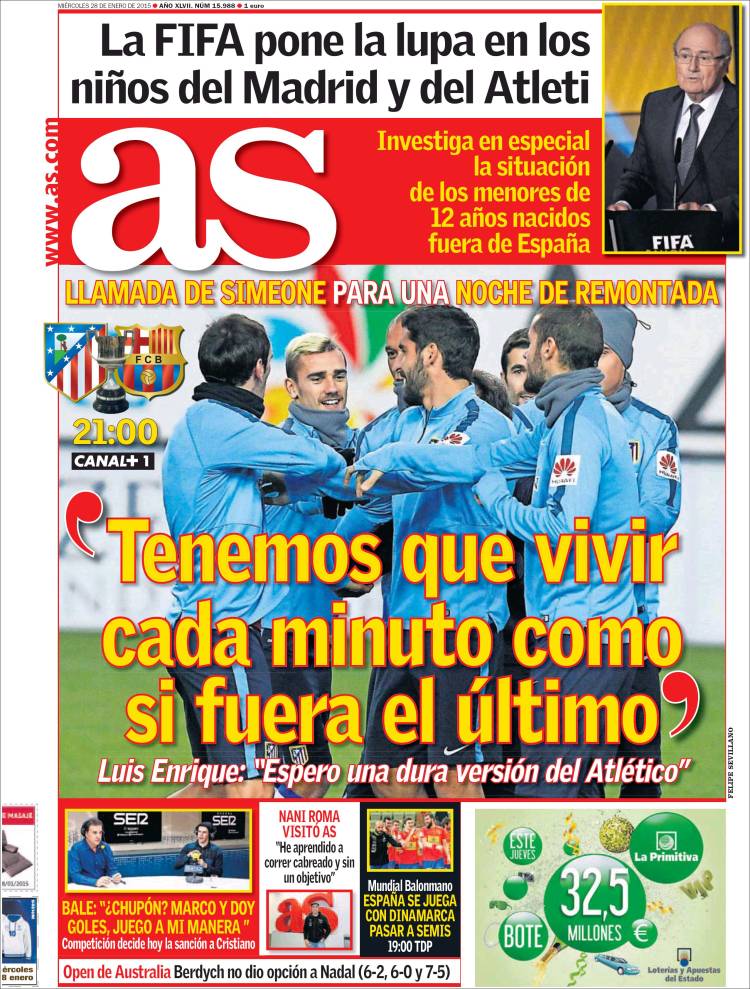 “We must live each minute as if it was the last”

FIFA put the magnifying glass on Madrid and Atleti’s kids: they are particularly investigating the situation of kids under 12 born outside Spain

Bale: “A sucker? I score and make goals, I play in my own way” 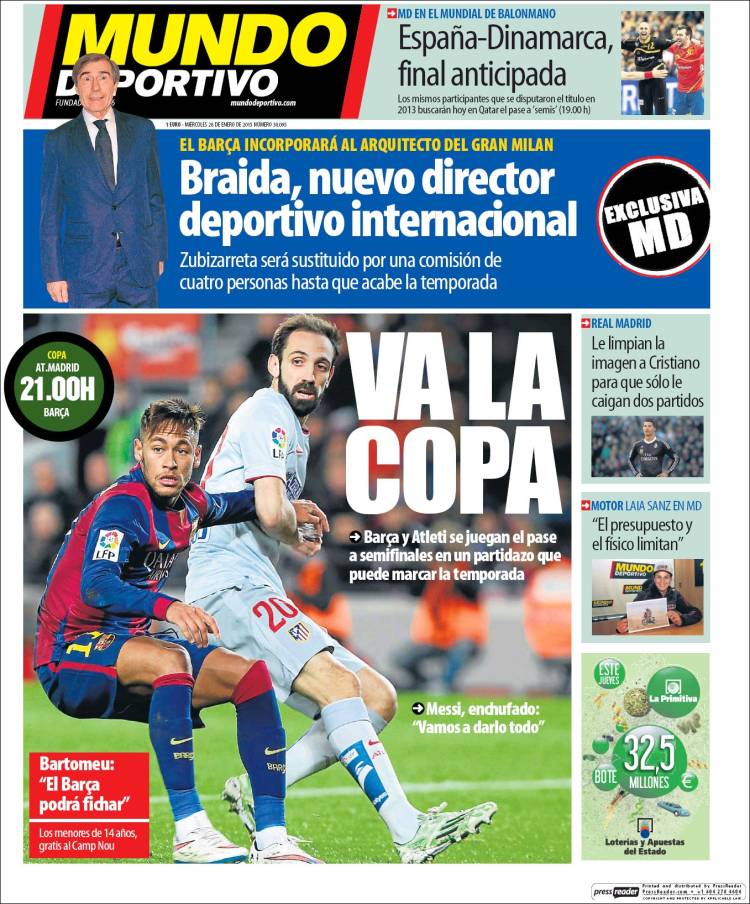 Going for the Cup

Messi, motivated: “We are going to give everything”

Kids under 14, free into the Camp Nou

Real Madrid: they clean up Cristiano’s image so he only misses two games