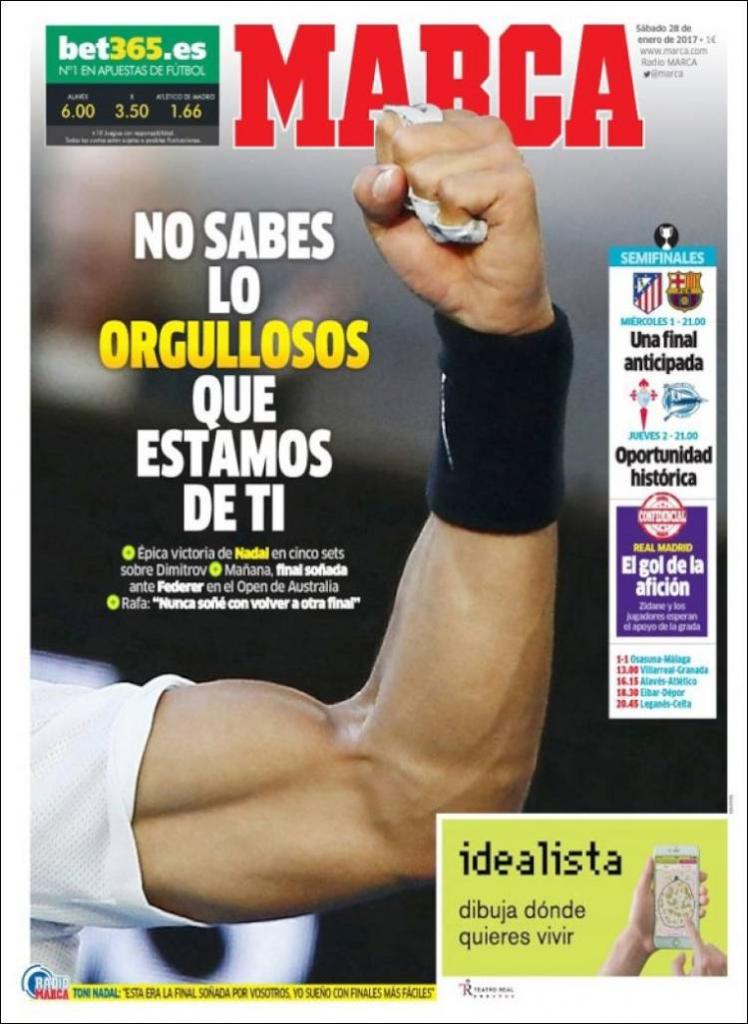 You don’t know how proud we are of you

Epic victory for Nadal in five sets over Dimitrov

Tomorrow, a dream final against Federer at the Australian Open

Rafa: “I never dreamed about being in another final”

Goal of the fans

Zidane and his players hope for support from the stands 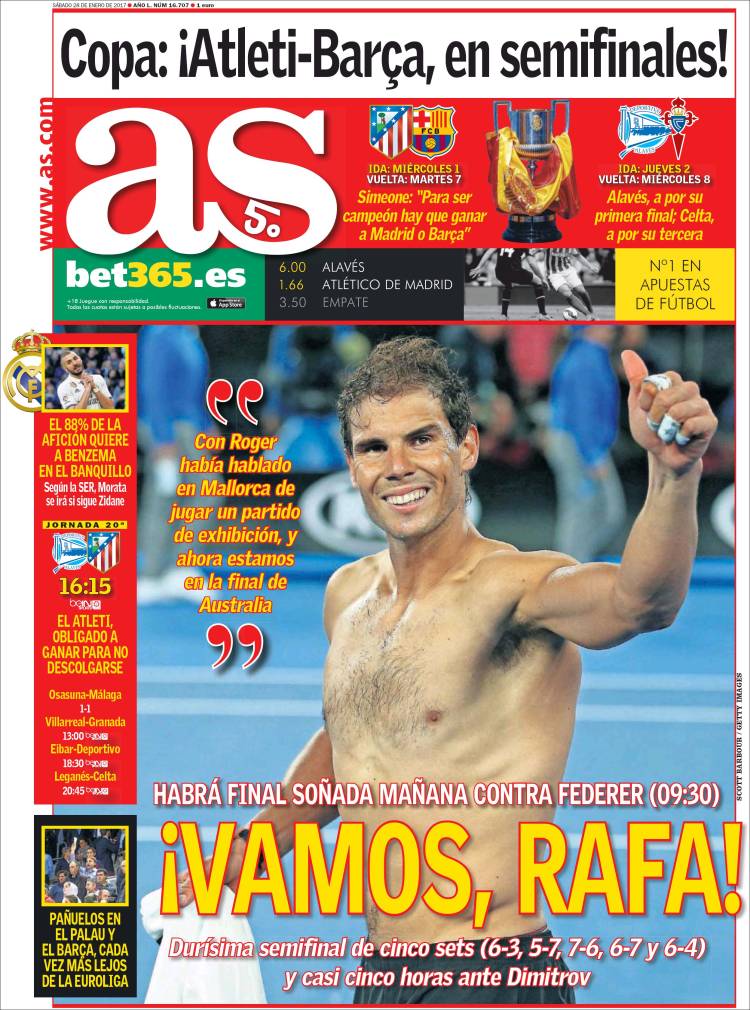 There will be a dream final tomorrow against Federer (08:30 GMT)

Copa: Atleti-Barca, in the semi-finals!

Simeone: “To become champions, you have to beat Madrid or Barca”

Alaves, going for their first final; Celta, their third

Eighty-eight percent of fans want Benzema on the bench

According to SER, Morata will leave if Zidane stays

Atleti, forced to win in order to stay in touch 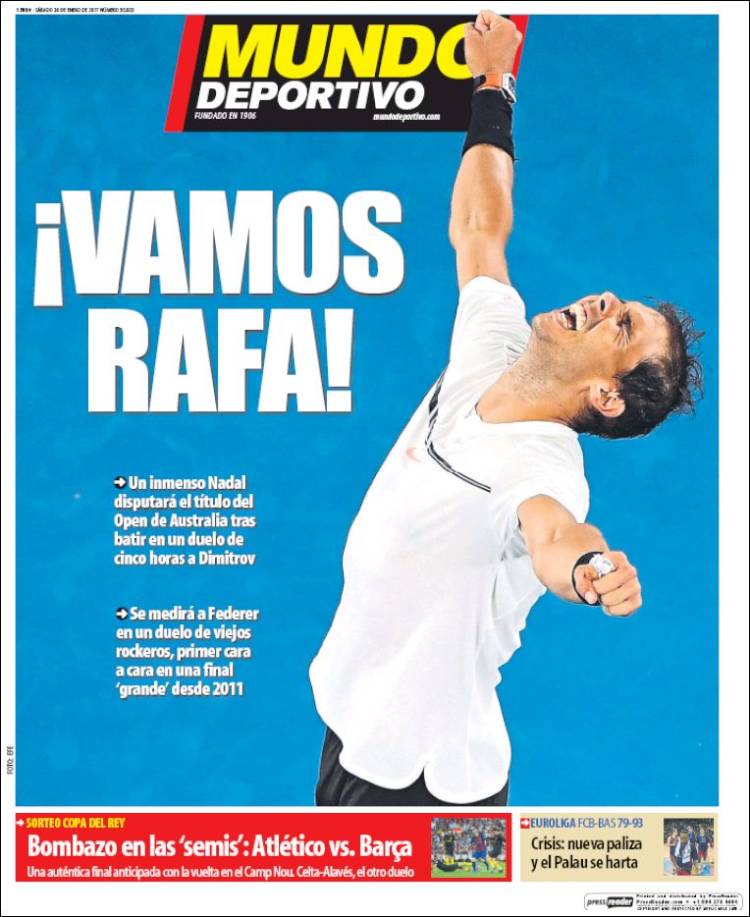 An authentic final comes early, with the return leg at Camp Nou. Celta-Alaves, the other duel