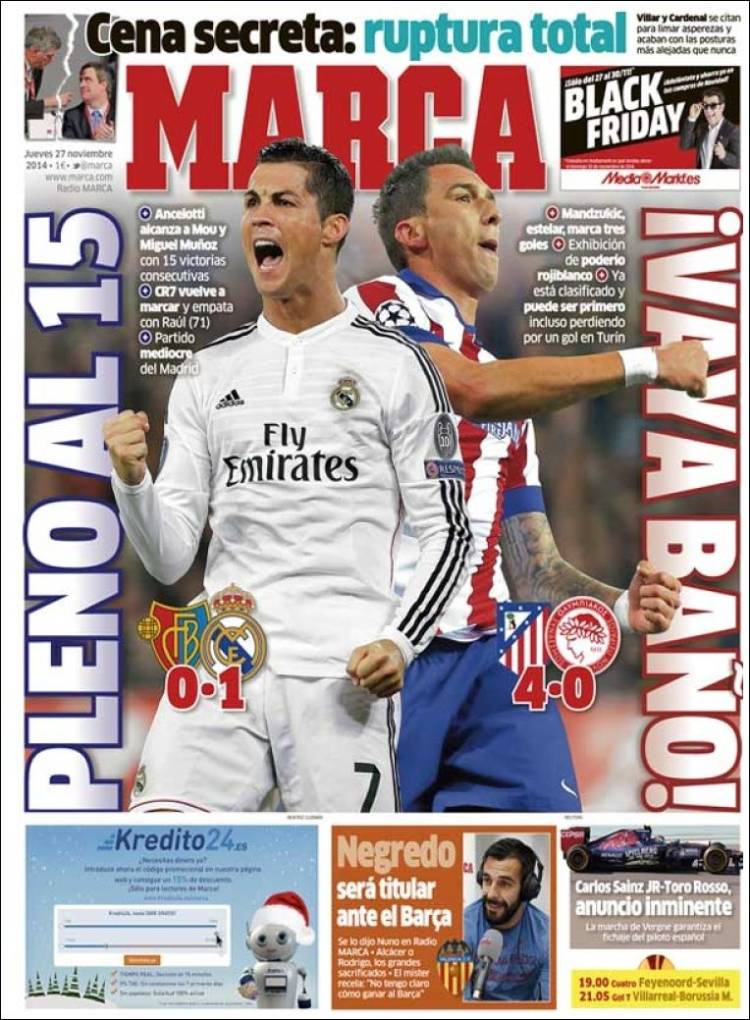 Secret lunch, total rupture: Villar and Cardenal meet to smooth things over but end up further apart than ever

Negredo will be in the starting line-up against Barca

Nuno said so on Radio Marca

Alcacer or Rodrigo, the great sacrifices 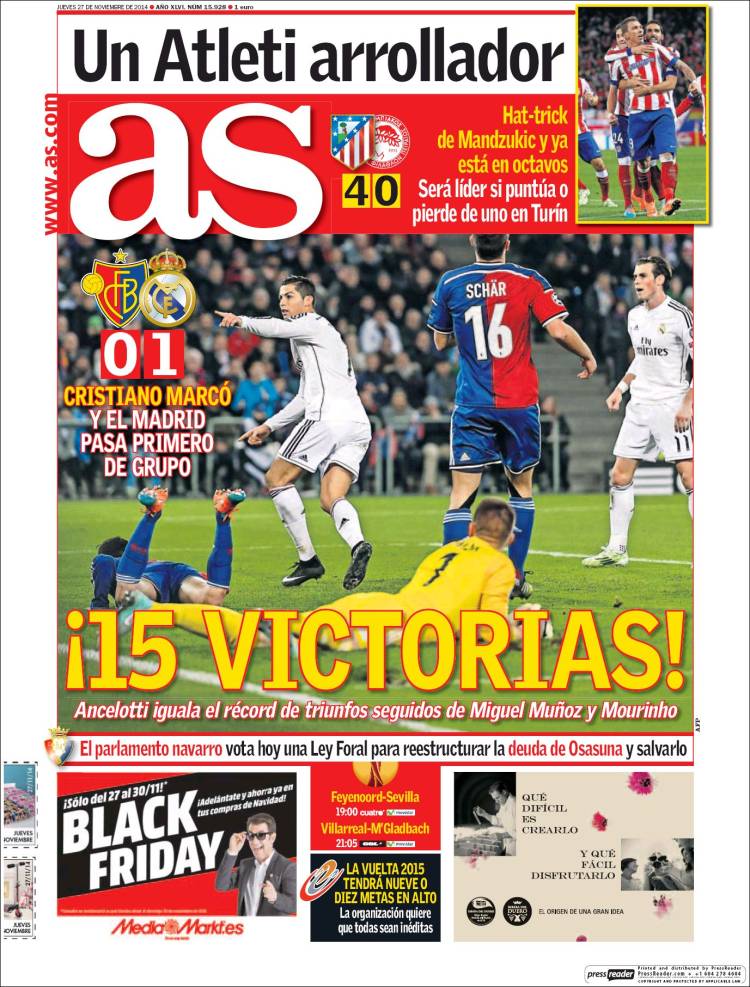 Cristiano scored and Madrid finished first in the group 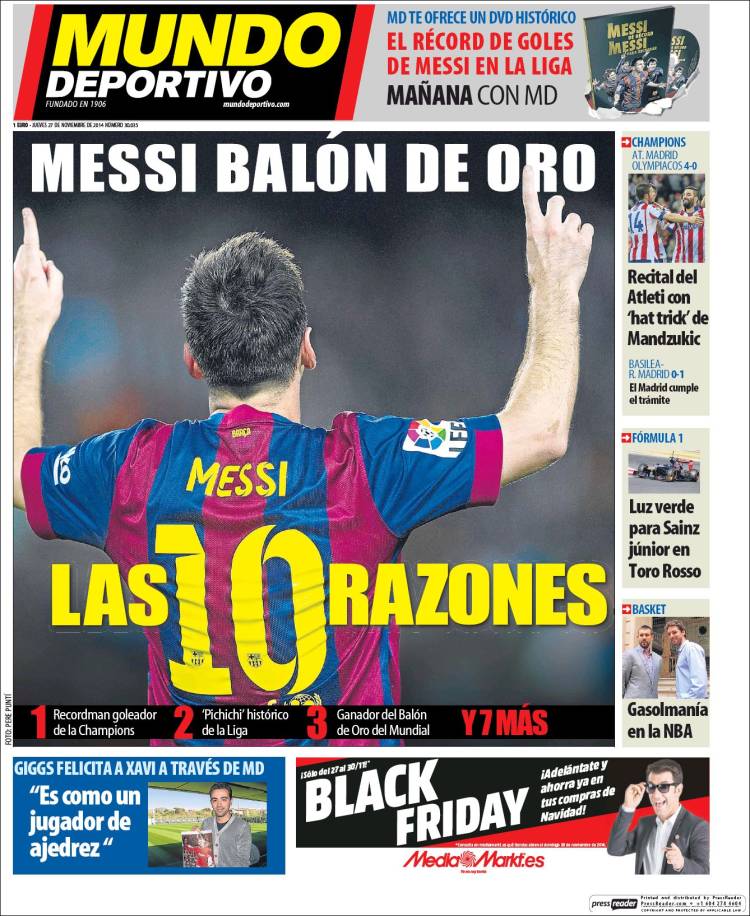 1 Record goalscorer in the Champions League

Recital by Atleti with a hat-trick from Mandzukic