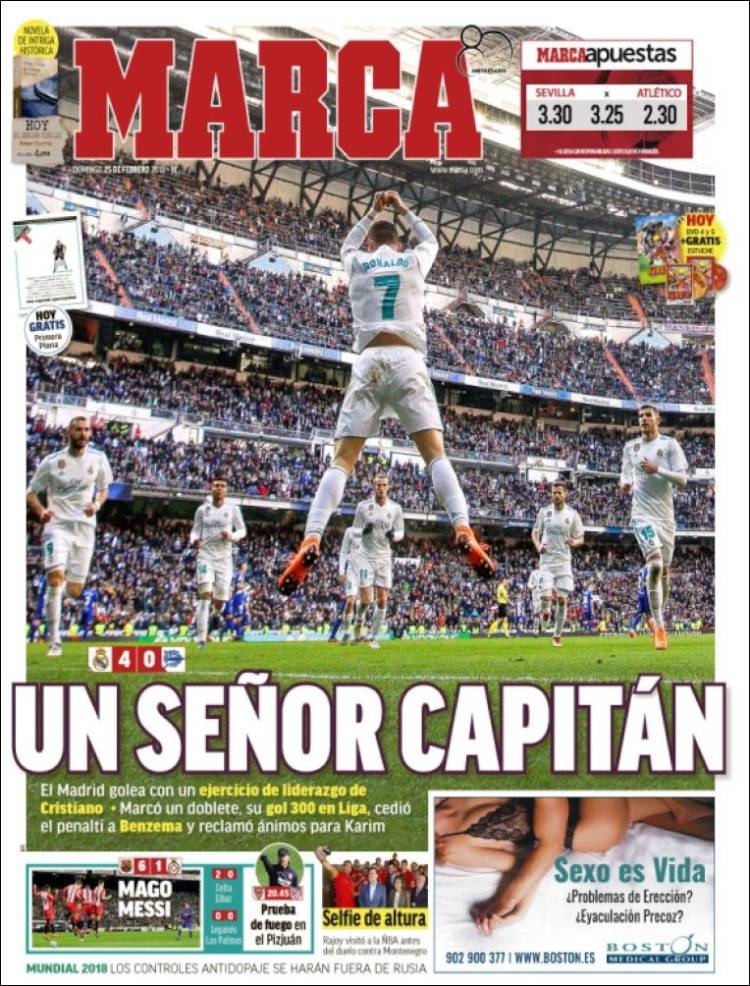 Madrid put on a goal show, with an exercise in leadership from Ronaldo

He scored a brace, his 300th goal in La Liga, gave a penalty to Benzema and let Karim regain confidence

Litmus test at the Pizjuan 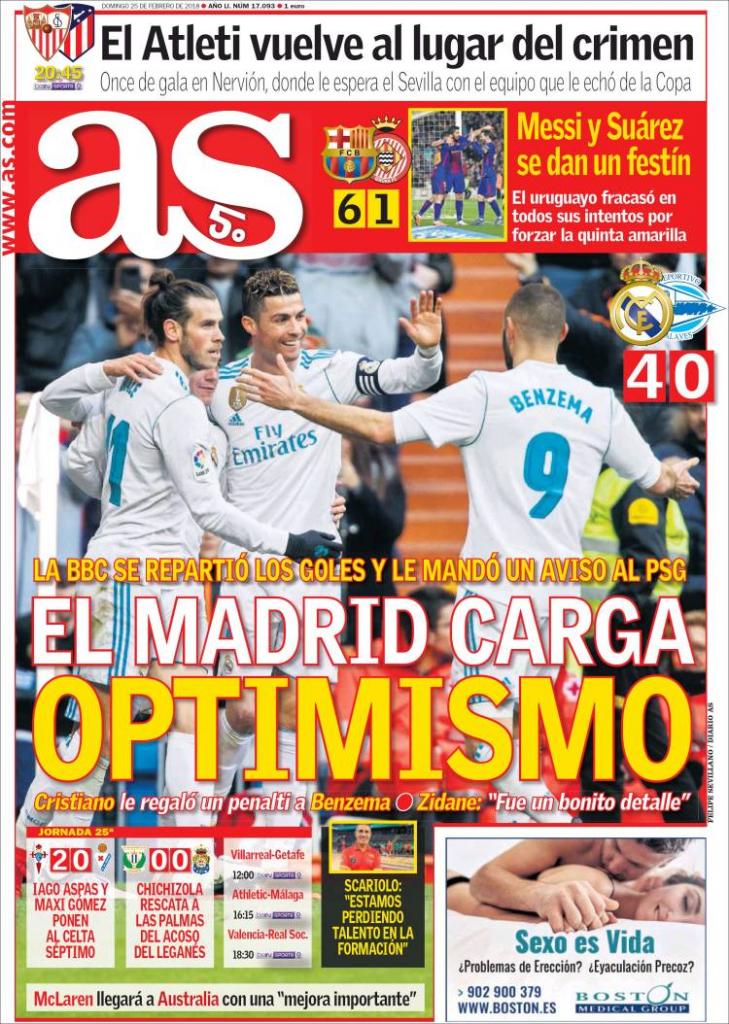 Atleti back at the crime scene

Messi and Suarez put on a party

BBC split the goals and send a warning to PSG

Madrid load up the optimism

Ronaldo gifts a penalty to Benzema

Zidane: "It was a nice gesture" 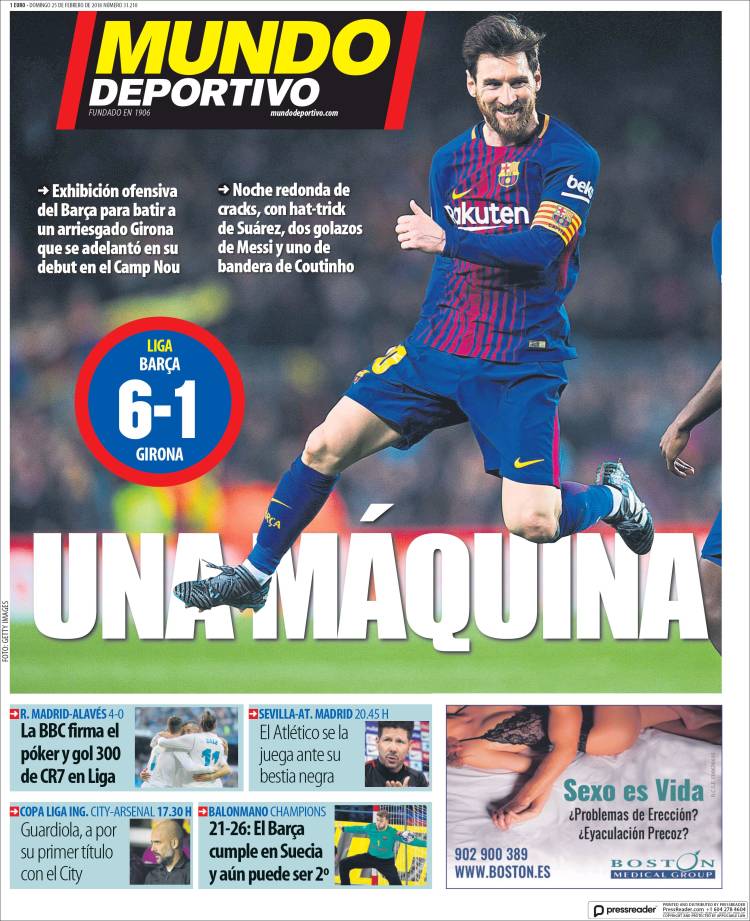 An attacking exhibition from Barca beats a risk-taking Girona, who took the lead on their debut at Camp Nou

Well-rounded night of 'cracks', with a hat-trick for Suarez, two 'golazo's from Messi and a long-range effort by Coutinho

Guardiola goes for his first trophy with City