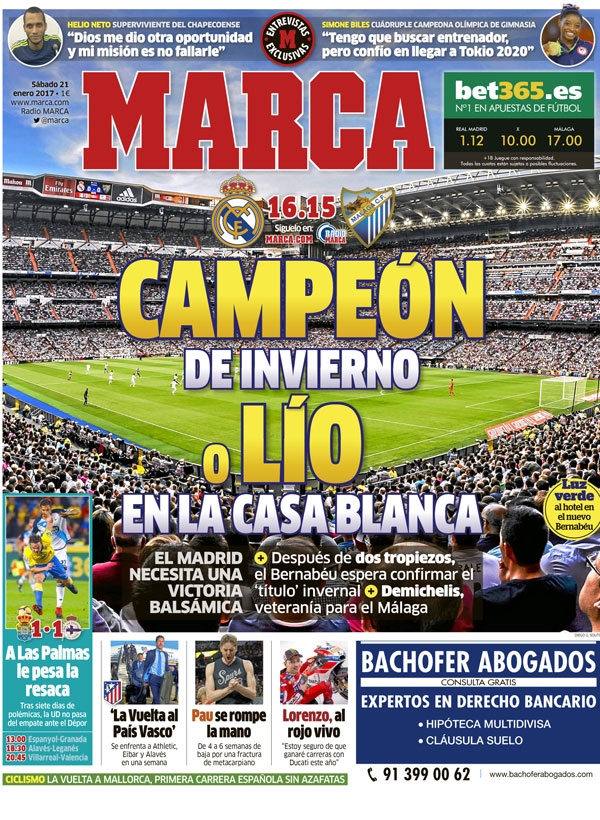 Winter champions or trouble in the White House

After two stumbles, the Bernabeu expects to confirm the winter 'title' 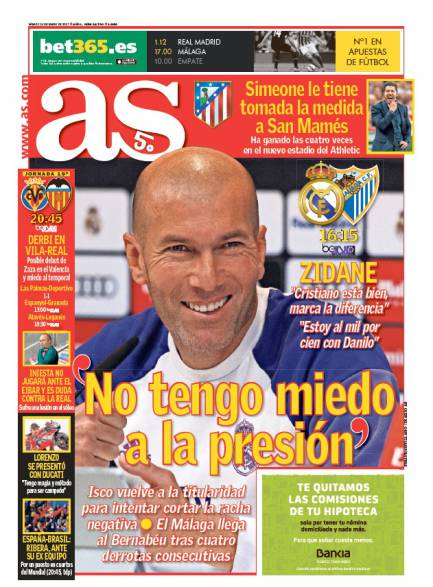 'I'm not scared of pressure'

Malaga arrive at the Bernabeu after four consecutive defeats

Zidane - 'Cristiano is fine, he makes the difference'

'I am a thousand per cent with Danilo'

Simeone has the measure of San Mames

He has won four times in Athletic's new stadium

Iniesta won't play against Eibar and is a doubt against Real 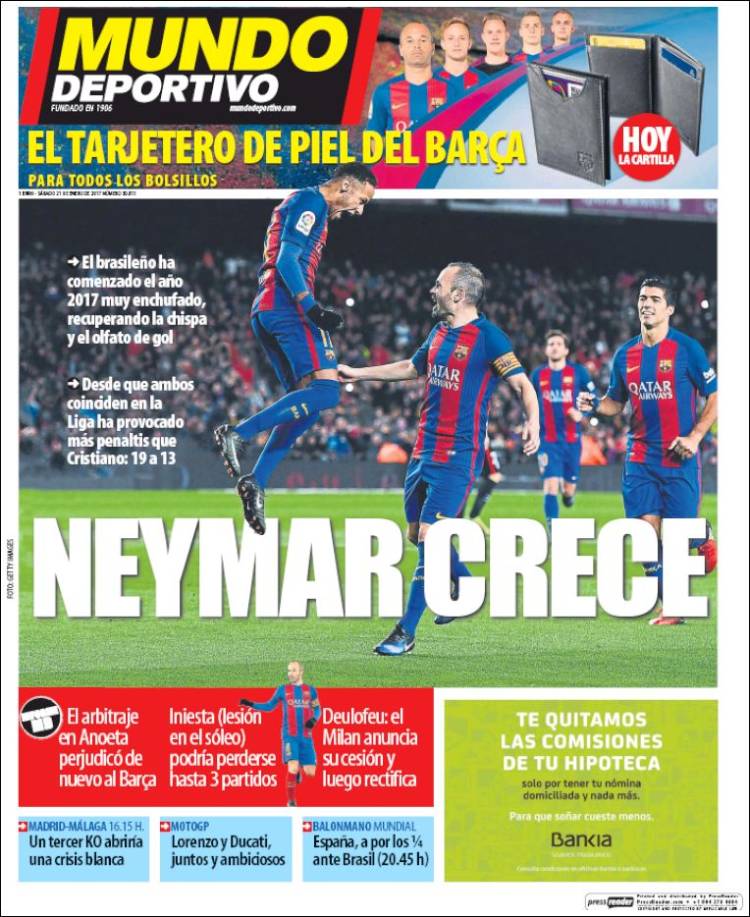 The Brazilian has started the year very switched on, recovering his spark and instinct for goal

Since both have been in La Liga, he has won more penalties than Cristiano: 19 to 13

Iniesta [injury] could miss up to three matches