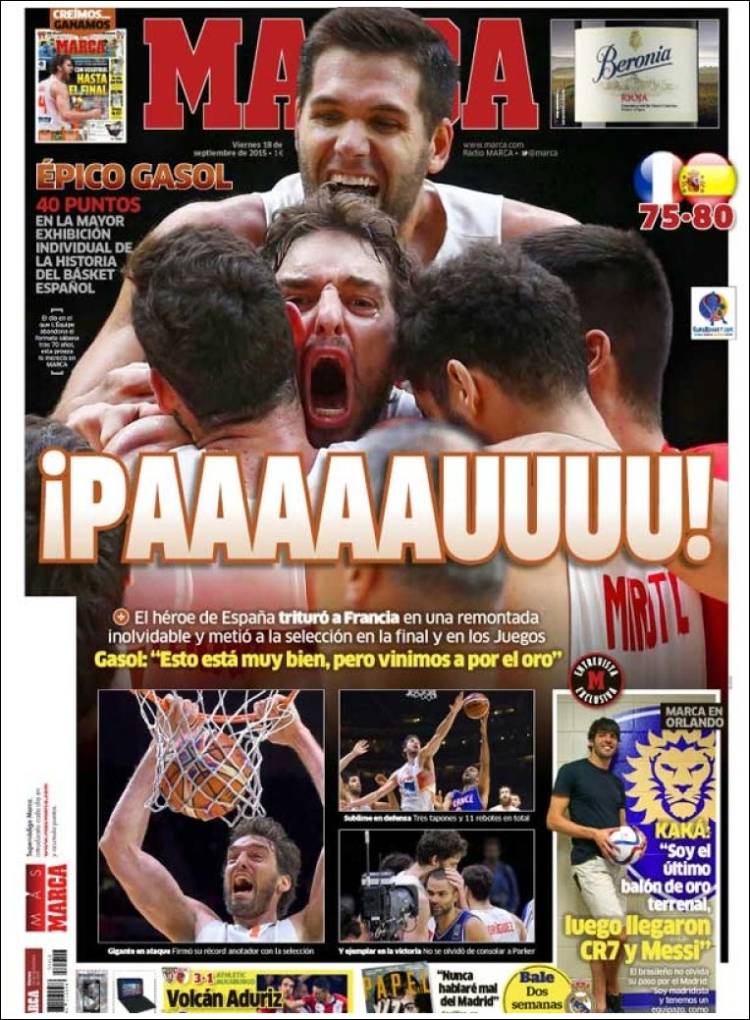 Bale, out for two weeks

Kaka: “I’m the last earthly winner of the Ballon d’Or... then came CR7 and Messi”

The Brazilian does not forget his time with Madrid

“I'm a madridista and we have a great team” 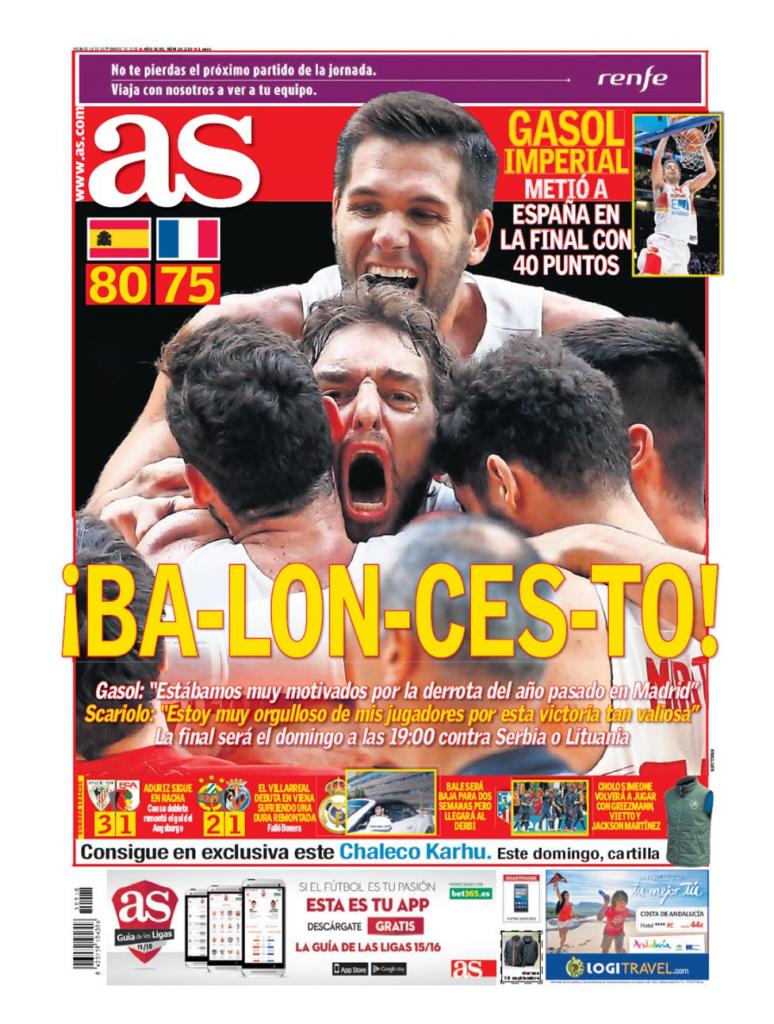 The imperial Gasol gets Spain to the final with 40 points

Cancelled out Augsburg’s opener with his brace

Villarreal debut on the wrong side of a comeback in Vienna 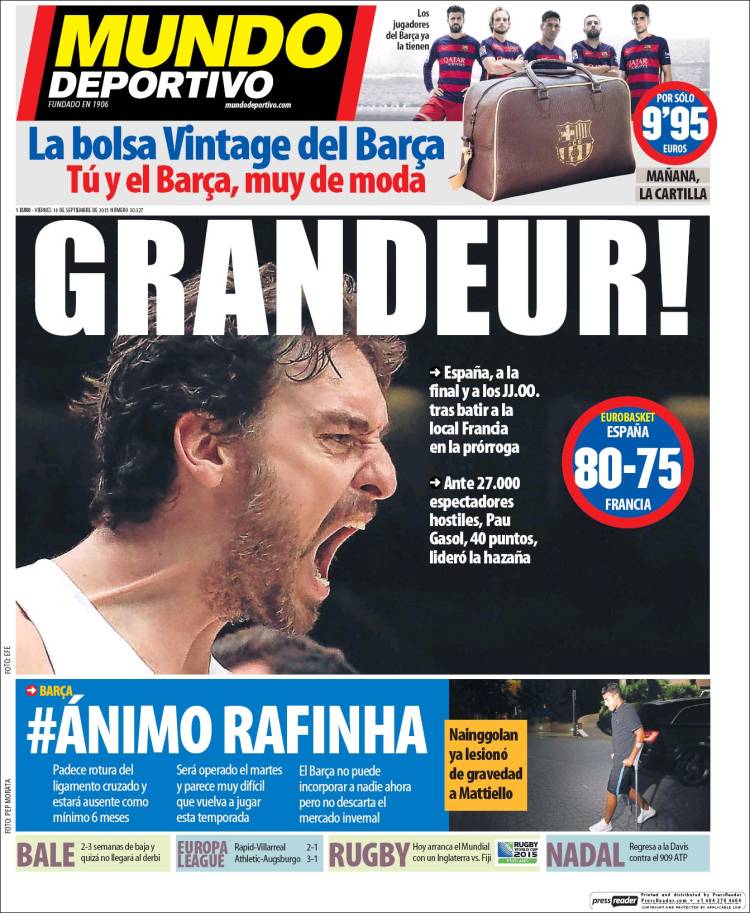 He will go under the knife on Tuesday, and it seems very unlikely that he will play again this season

Bale, out for 2-3 weeks and could miss the derby