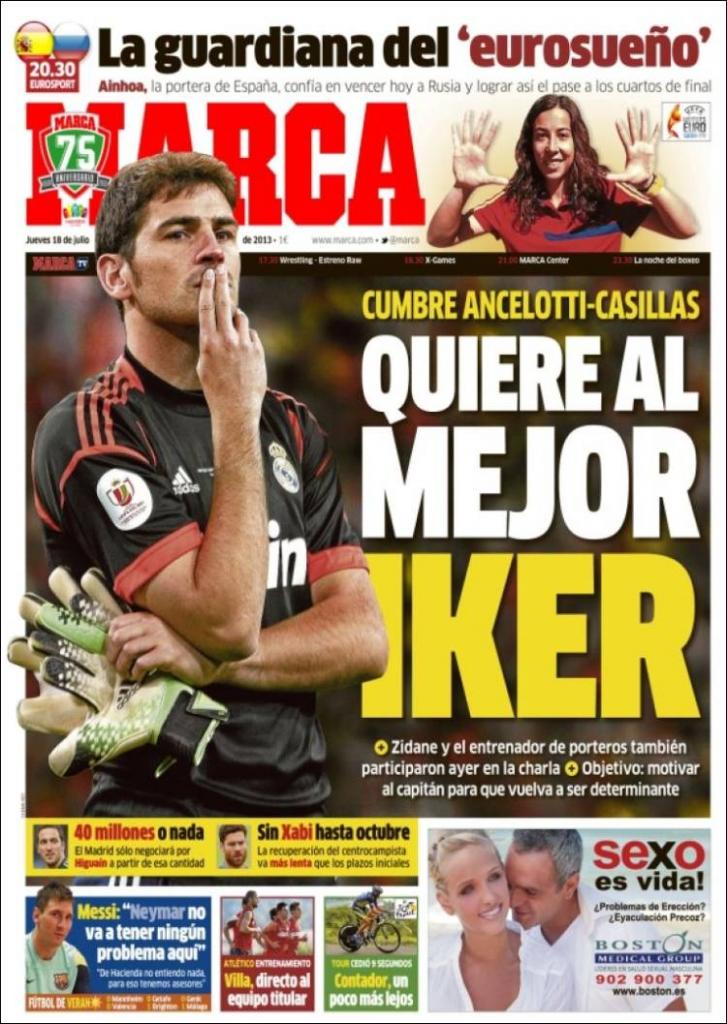 I want the best Iker

Zidane and the goalkeeping Coach also took part in the discussion

Objective: to motivate the captain so he returns determined

The guardian of the ‘Eurodream’: Ainhoa, the Spanish goalkeeper, is confident of beating Russia and taking the first step to the quarter-finals

€40m or nothing: Madrid will only negotiate Higuain’s transfer above this figure

Without Xabi until October: the central midfielder’s recovery is going slower than expected

Messi: “Neymar will have no problem here”

“I don’t understand anything about tax. That’s why we have advisers”

Villa, straight into the first team 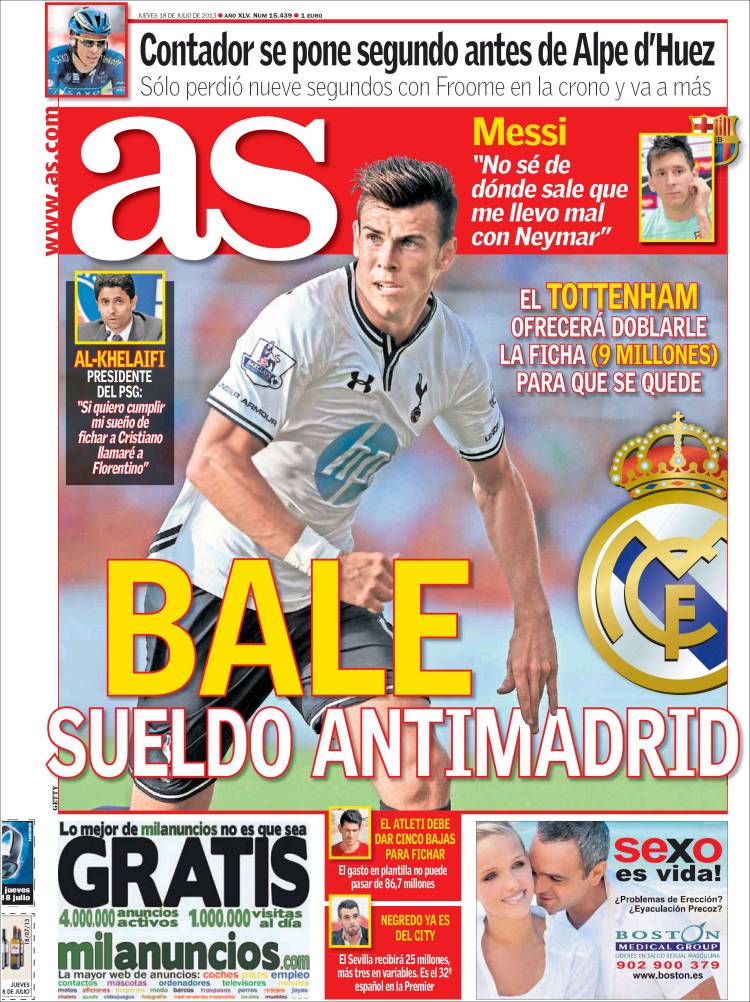 Al-Khelaifi, PSG President: “If I want to achieve my dream of signing Cristiano I’ll call Florentino”

Messi: “I don’t know where it’s come from that I don’t get on with Neymar”

Atleti must get rid of five players to make a signing. Spending on the squad cannot exceed €86.7m

Negredo is now a City player. Sevilla will receive €25m plus €3m in add-ons. He becomes the 32nd Spanish player in the Premier League 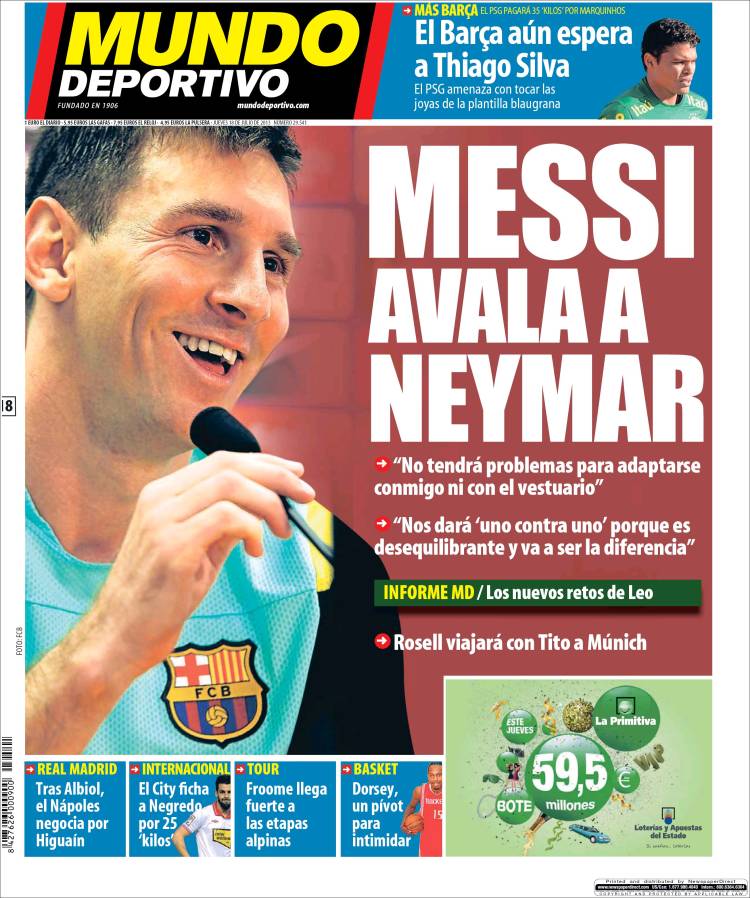 Rosell will travel with Tito to Munich

PSG threaten to take the ‘jewels’ of La Blaugrana’s squad

Real Madrid: After Albiol, Napoli will open negotiations for Higuain