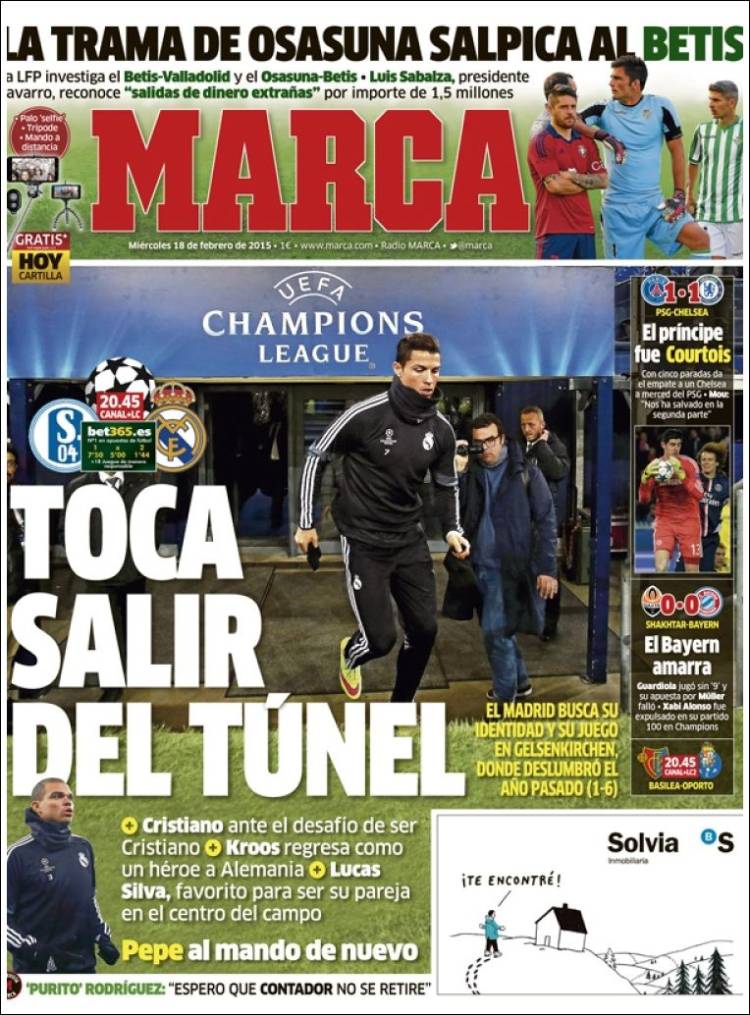 Time to get out the tunnel

Cristiano against the challenge of being Cristiano

Kroos returns to Germany as a hero

Lucas Silva, the favourite to partner him in midfield

Madrid search for their identity and style in Gelsenkirchen, where they dazzled last year (1-6)

The Osasuna plot takes in Betis

Luis Sabalza, President of the Navarrans, recognises ‘a strange outgoing of money’ of €1.5m 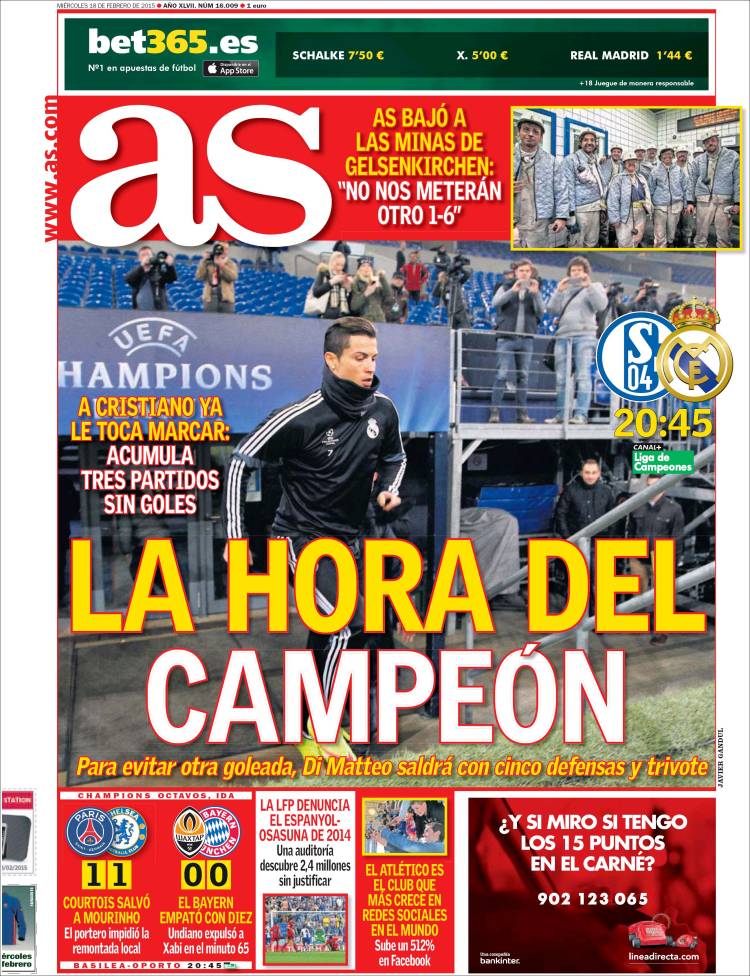 The time of champions

To avoid another big defeat, Di Matteo will go with five defenders and three midfielders

Time for Cristiano to score

Three games since he last scored

AS with the miners of Gelsenkirchen:

The LFP investigating Espanyol-Osasuna in 2014

An audit discovers €2.4m that can’t be justified 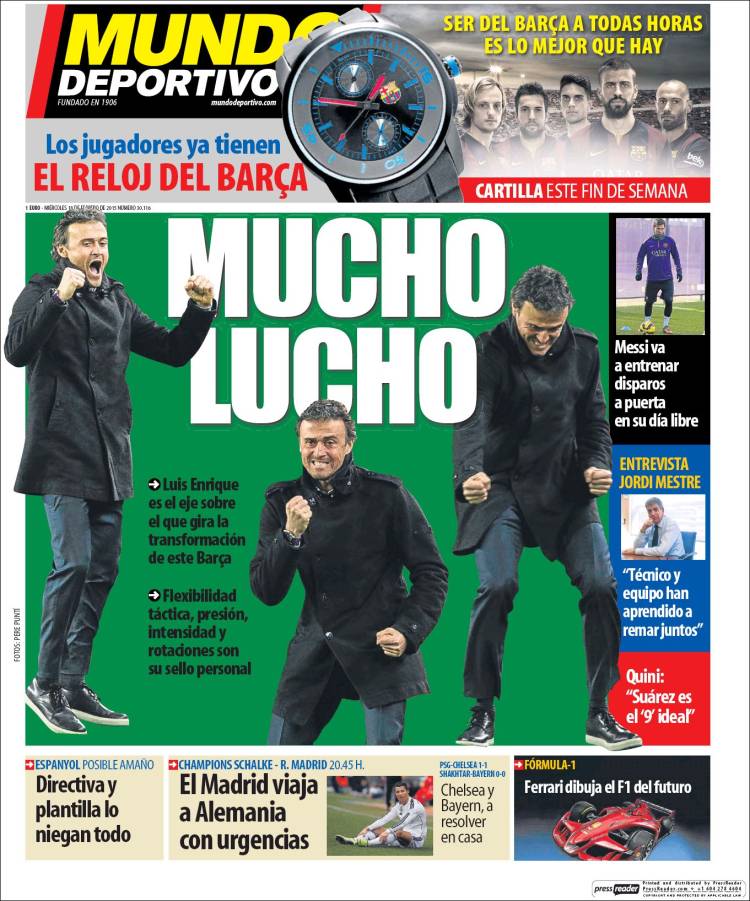 A lot of Lucho

Flexible tactics, pressure, intensity and rotations are his personal stamp

Messi practiced shooting on his day off

‘Coach and team have learned to pull together’

Quini: Suarez is the ideal ‘9’

Directors and staff deny everything

Madrid travels to Germany in an emergency

Chelsea and Bayern, settle at home