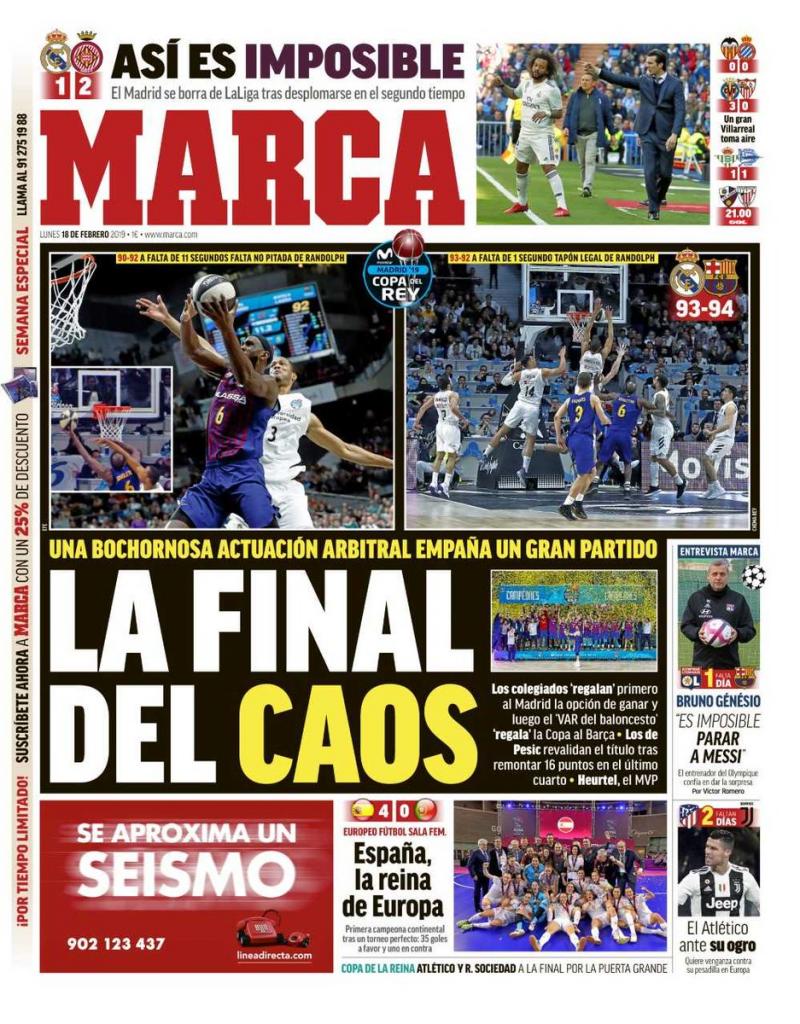 The final of chaos

Atletico against an ogre 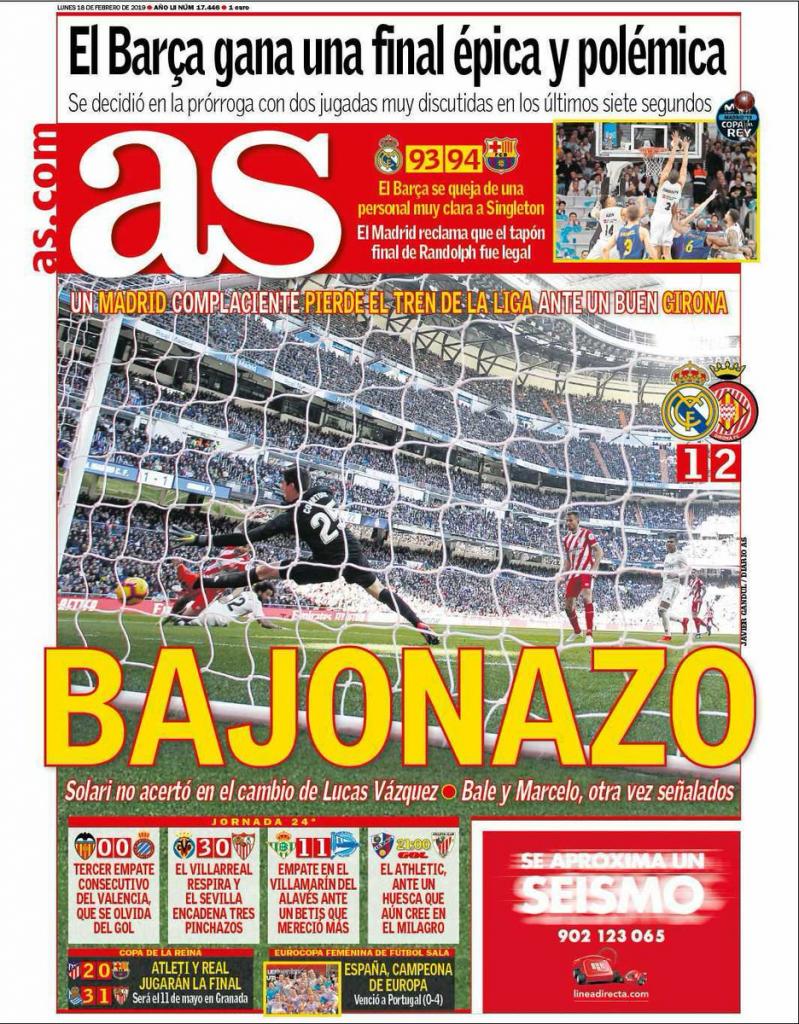 Third consecutive draw for Valencia, who forget where the goal is 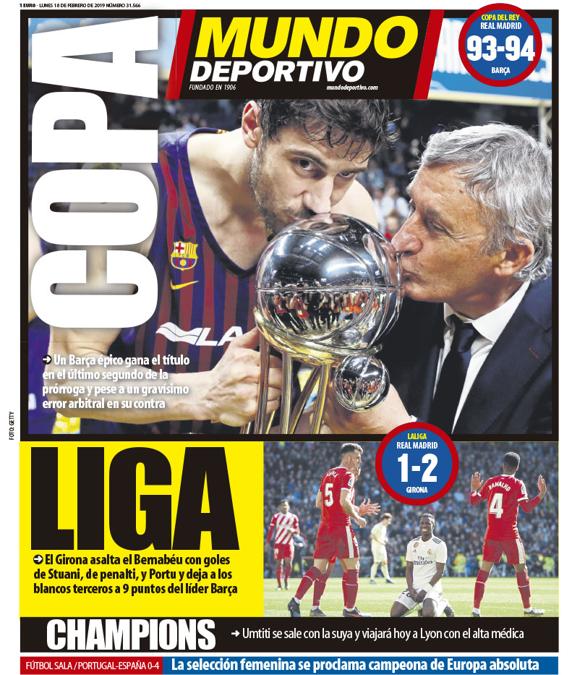 League - Girona win at the Bernabeu, with Stuani and Portu goals, bring about nine-point gap between Barca and Madrid

Champions - Umtiti has his way and travels today to Lyon