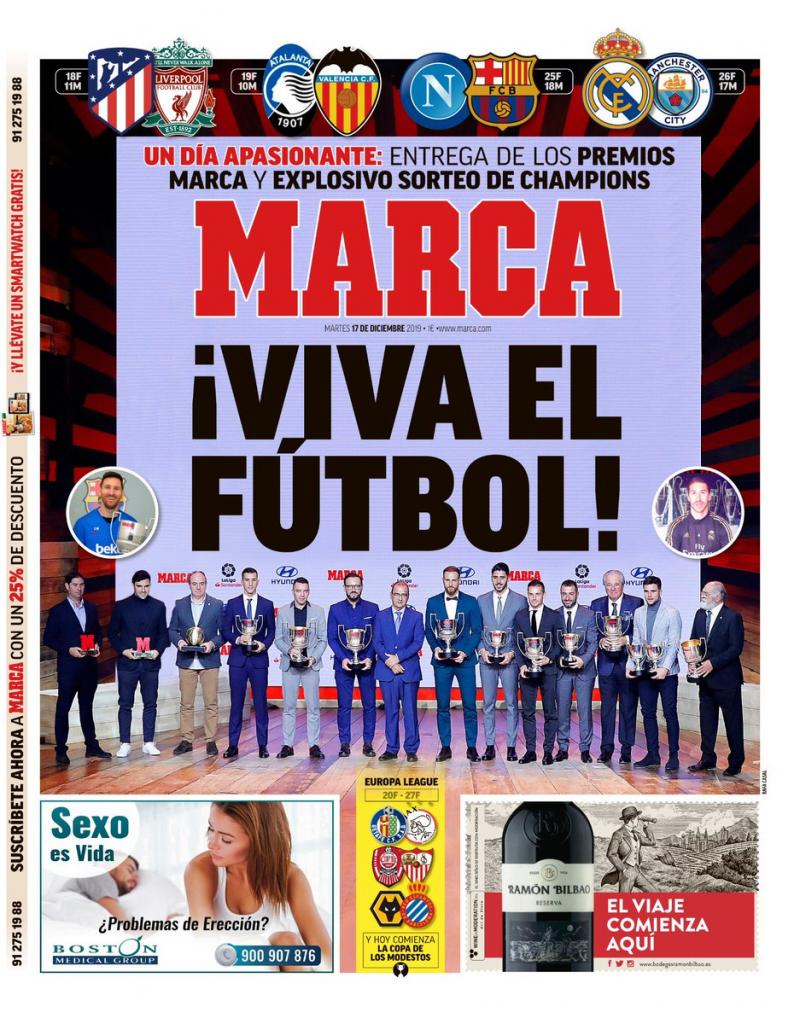 A thrilling day between Marca awards and the Champions League draw 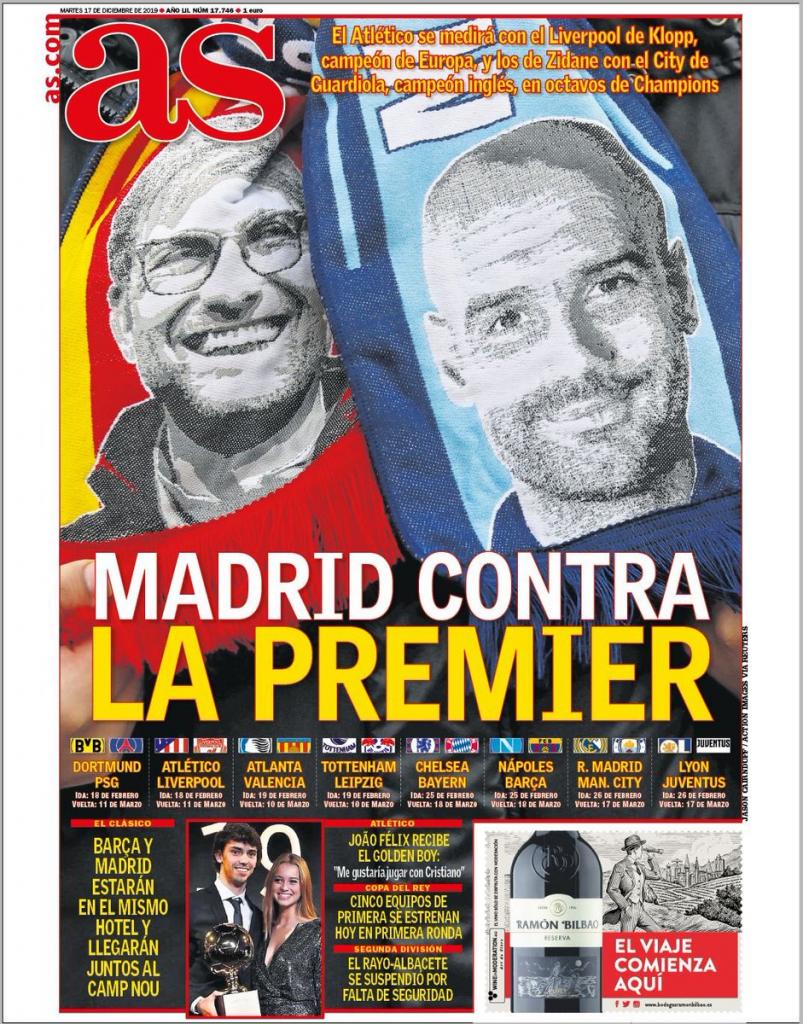 Madrid against the Premier League

Atletico to play Jurgen Klopp's Liverpool, champions of Europe, and Zidane's Madrid to play Pep's City, the champions of England, in the Champions League Round of 16

Joao Felix receives Golden Boy award: "I'd like to play with Cristiano Ronaldo" 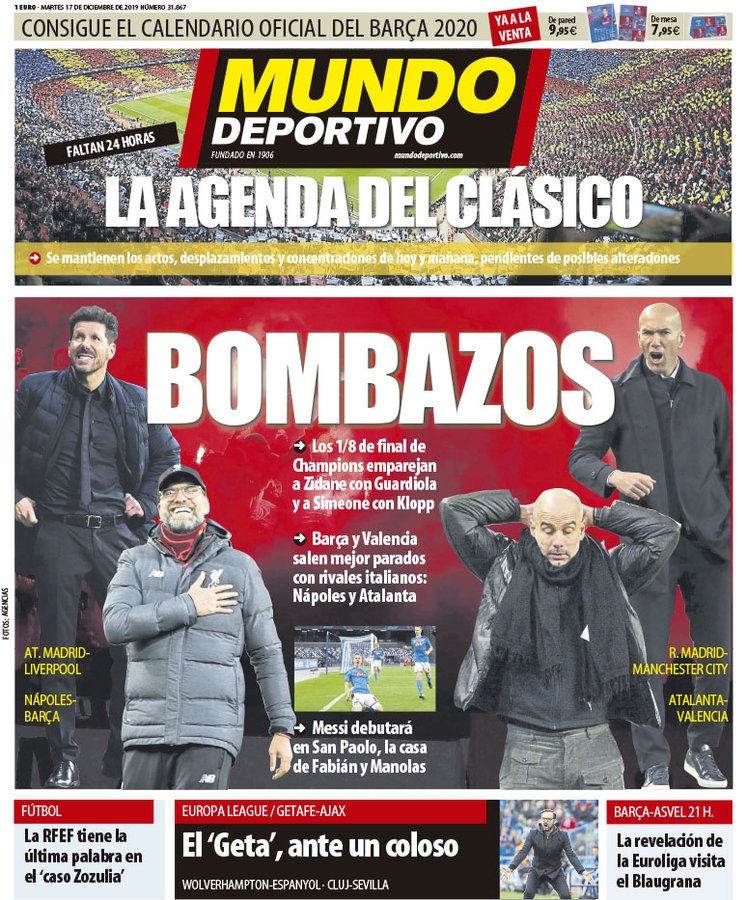 Last 16 of Champions League pits Zidane against Guardiola and Simeone against Klopp, better for Barcelona and Valencia - Italian rivals in Napoli and Atalanta

Messi to play his first game in Napoli, who have Fabian Ruiz and Manolas

The agenda of El Clasico

Spanish FA has the final word in the Zozulya case

Getafe, against a collosus