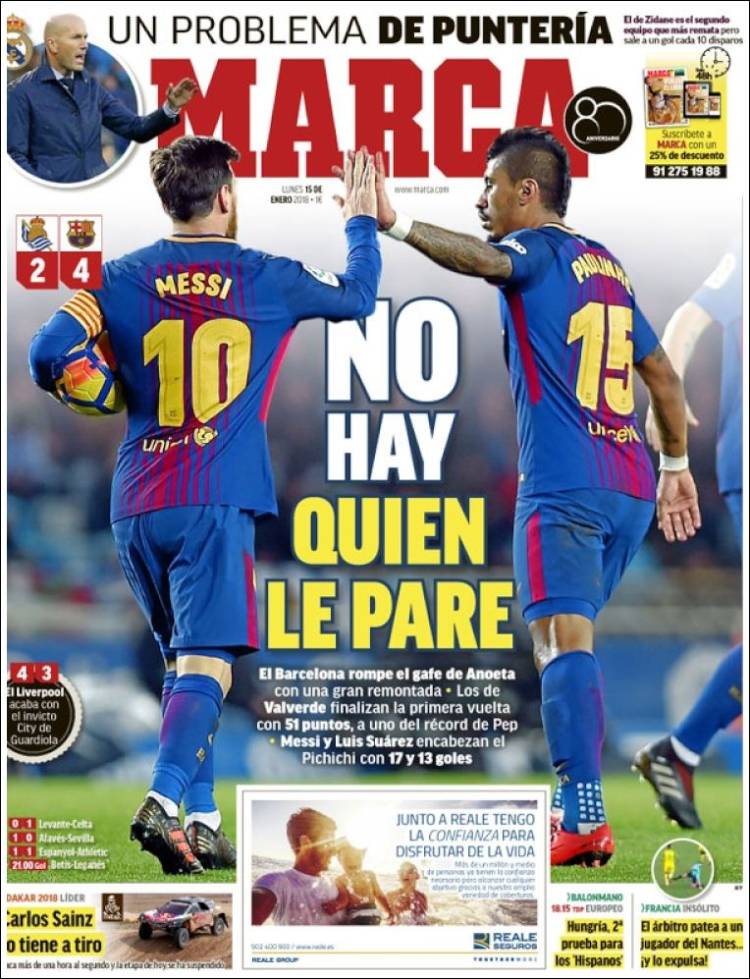 There is no stopping them

Barca break their Anoeta jinx with a great comeback, finish first half of season with 51 points - Pep's record, Messi and Suarez head-to-head for Pichichi with 17 and 13 goals

Referee kicks a player then sends him off! 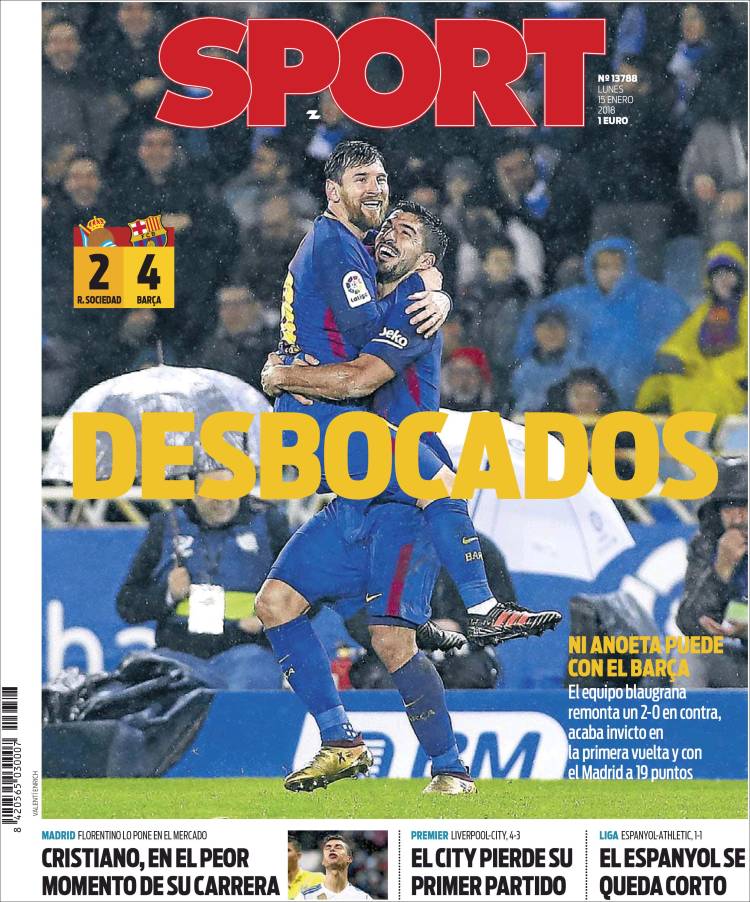 Cristiano, in the worst moment of his career 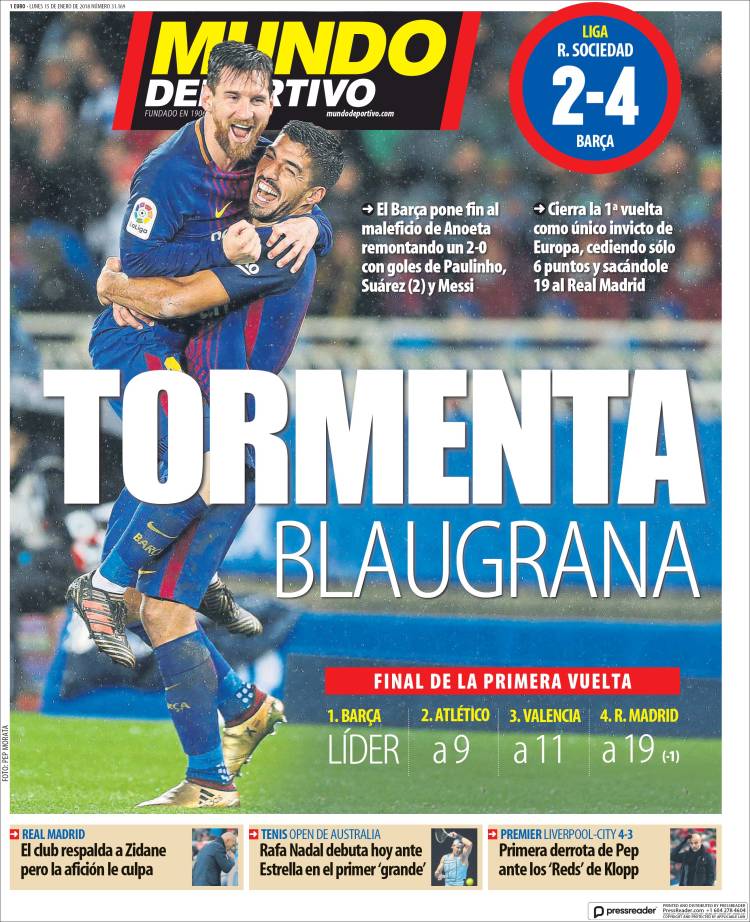 Come back from two goals down to win 4-2, now 19 clear of Real Madrid

The club supports Zidane but the fans blame him