Friday’s front page headlines from Marca, Diario AS and Mundo Deportivo, in English. 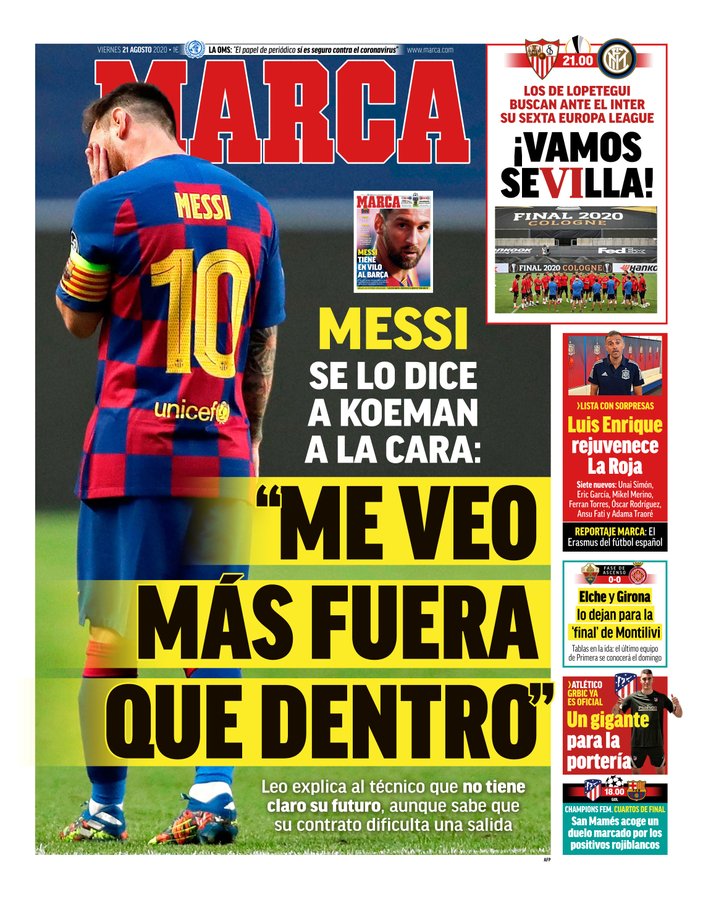 BARCELONA: Messi meets Koeman to tell him 'I see myself more out of Barcelona than in'. Messi has reportedly explained his situation to Ronald Koeman, stating that he is not clear on where his future lies. Although he is aware his contract situation would make an exit difficult. SPAIN: Luis Enrique rejuvenates Spain - Enrique looks to kick off a new era with La Roja, with seven players in line for their senior debut next month, including Ansu Fati, Adama Traore and Ferran Torres. 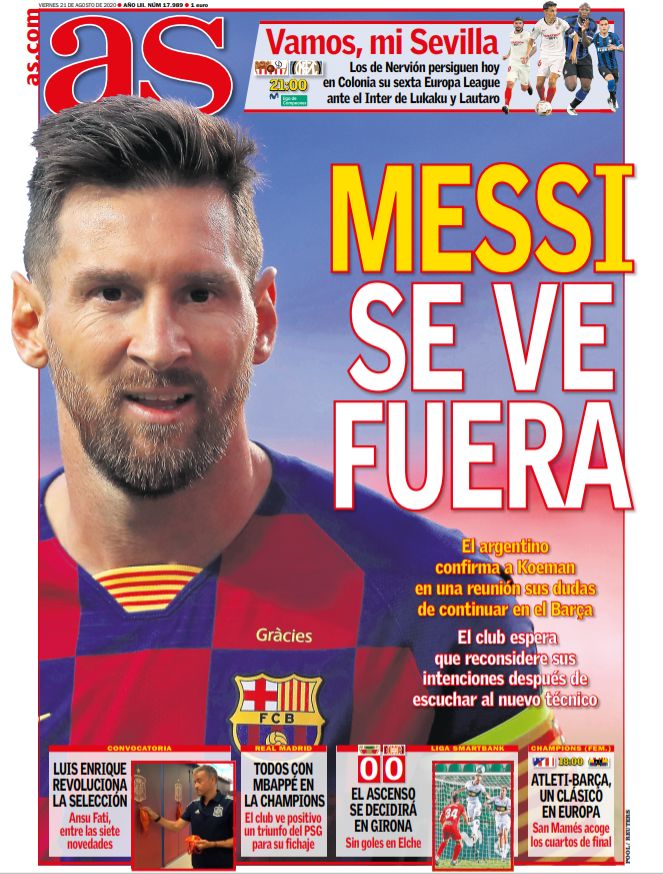 BARCELONA: Messi looks elsewhere - The Argentinian international has confirmed to new Barcelona boss Ronald Koeman that he has doubts about continuing at the club next season. Barcelona will now wait to consider their options after their own meeting with Koeman. 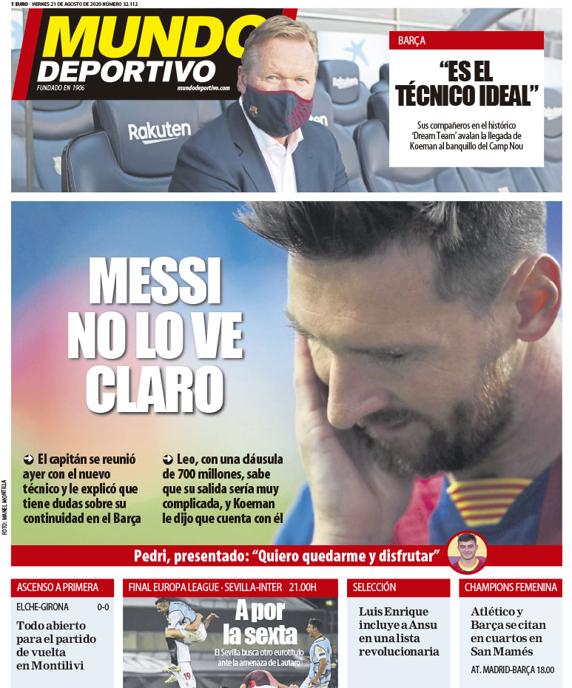 BARCELONA: Messi does not see it clear - Messi met with new Barcelona manager Ronald Koeman to explain his doubts about continuing with the club in 2020-21. Messi currently has a release clause of €700m which would complicate an exit, and Koeman wants to keep him at the Camp Nou.