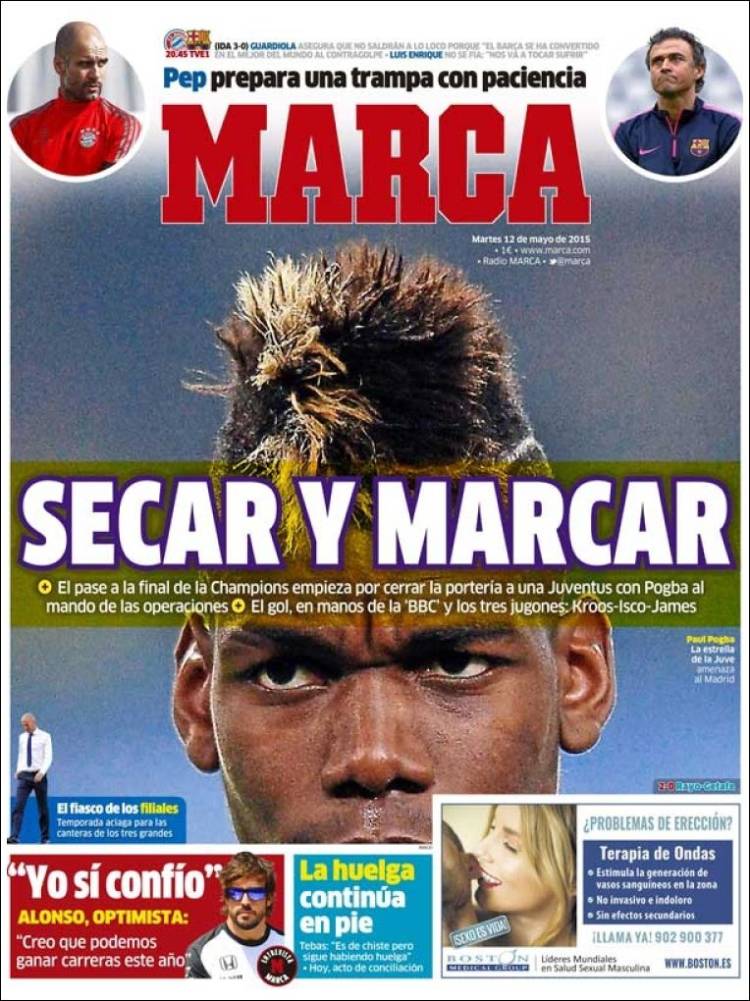 Shut them out and score

Goals, in the hands of the ‘BBC’ and the three playmakers: Kroos-Isco-James

Pep prepares a trap with patience

The strike is still on

Tebas: “It’s a joke to keep talking of a strike”

Today, an act of conciliation 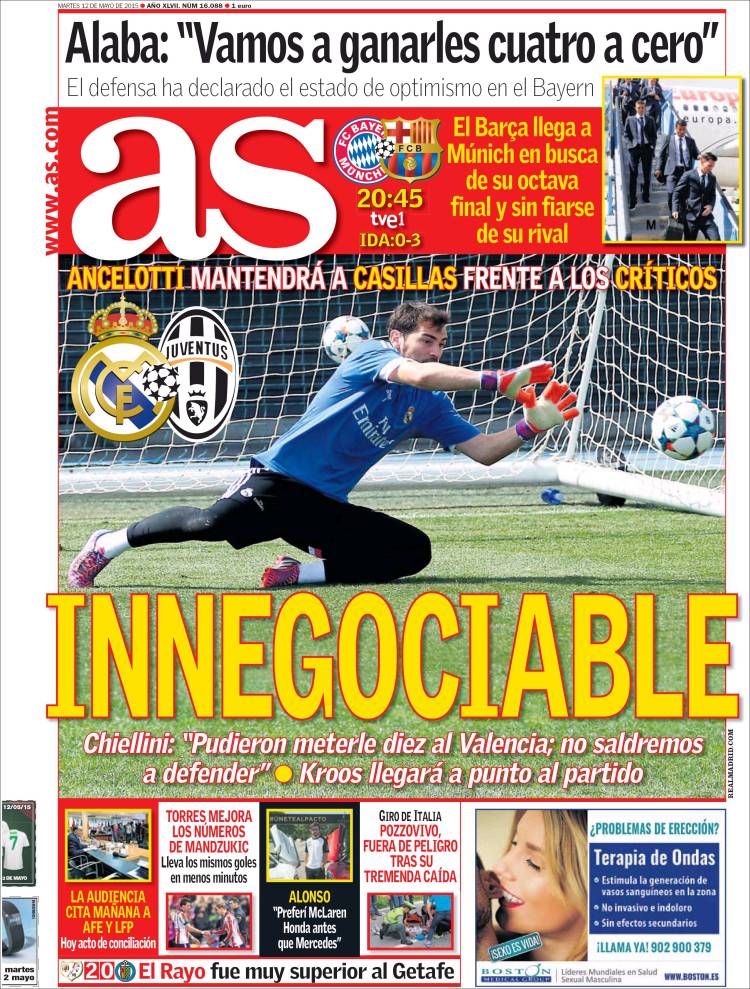 Ancelotti will stick with Casillas despite the critics

Chiellini: “They could have scored 10 against Valencia: we won’t go out to defend”

Kroos will be ready for the match

Alaba: “We are going to win 4-0”. The defender has declared the state of optimism at Bayern

The audience will meet the LFP and AFE tomorrow

Torres improves on Mandzukic’s figures. He has the same number of goals in less minutes

2-0: Rayo were very superior to Getafe 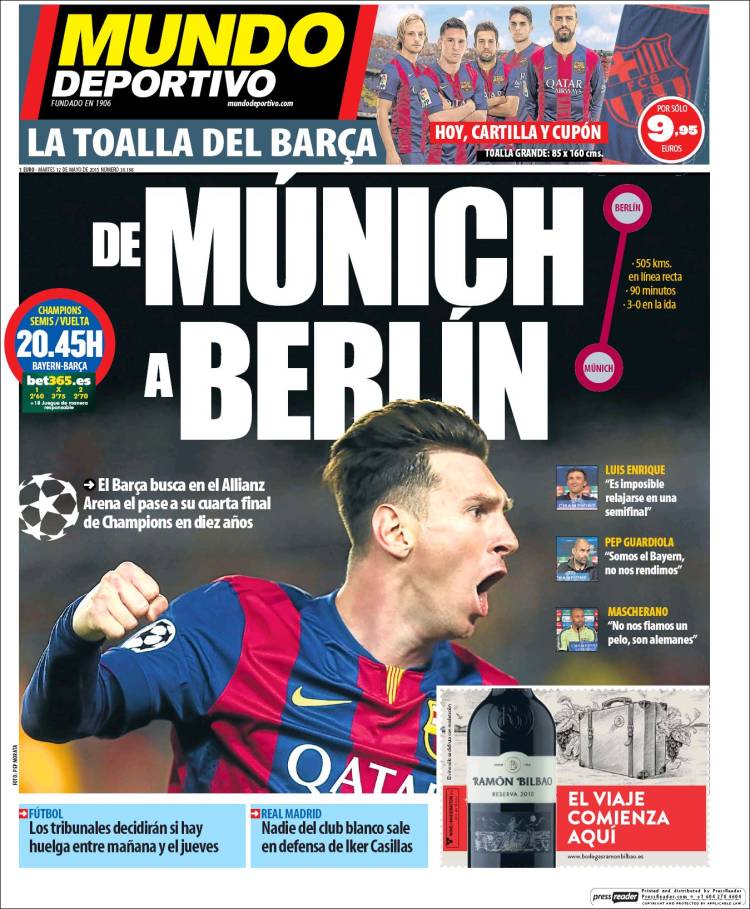 From Munich to Berlin

Luis Enrique: “It’s impossible to relax in a semi-final”

Pep Guardiola: “We are Bayern, we won’t give up”

Mascherano: “We won’t be taking it easy, they are Germans”

Real Madrid: nobody from Los Blancos comes out in defence of Iker Casillas