Today's Marca, AS and Mundo Deportivo front-pages in English… 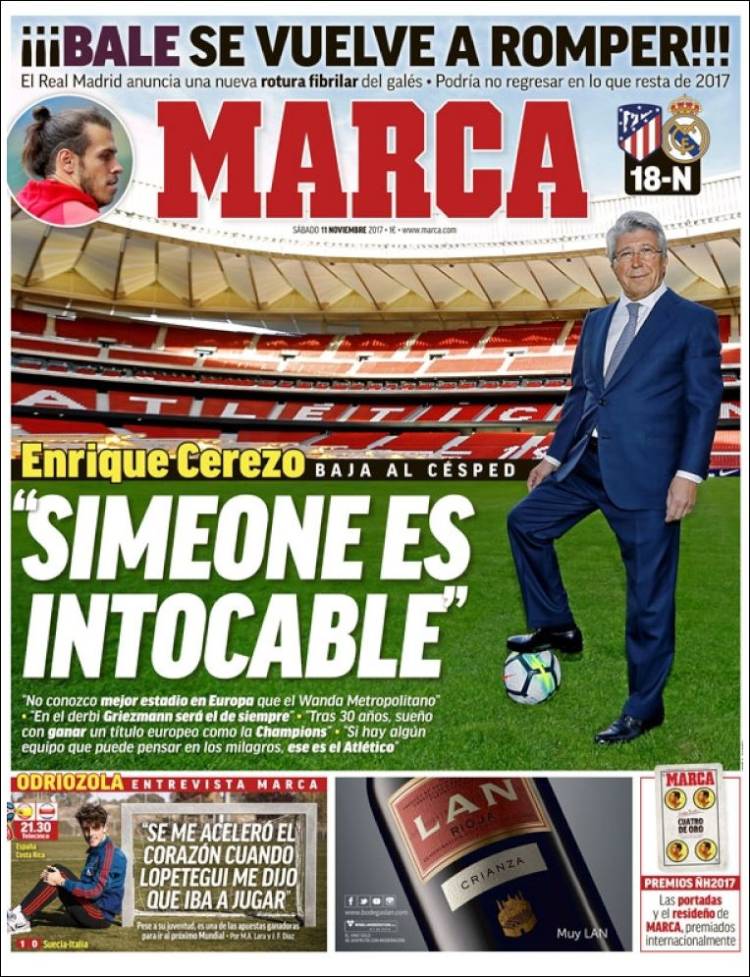 Enrique Cerezo, down to the pitch

“Griezmann be the same as always in the Derbi”

“After 30 years, I still dream of winning a European trophy like the Champions League”

“If today, there’s a team that think about miracles, it’s Atletico” 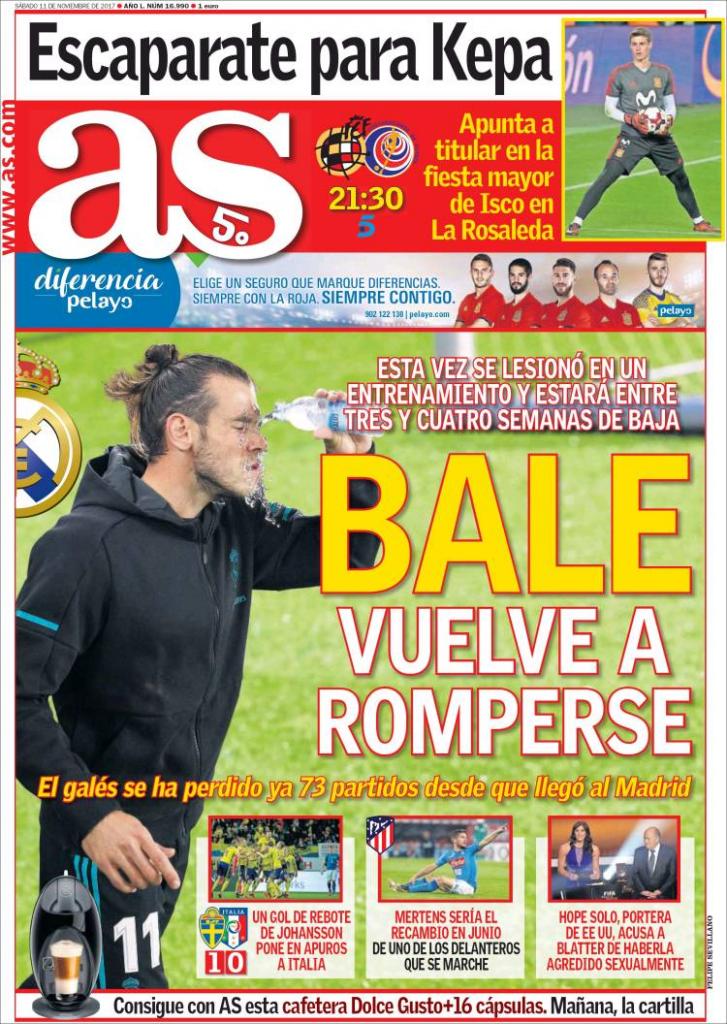 This time, he gets injured in training and will be out for between three and four weeks

The Welshman has missed 73 games since joining Madrid

A deflected goal by Johansson puts Italy in trouble

Mertens would be the replacement in June

If one of Atleti’s forwards leave

Hope Solo, the USA goalkeeper, accuses Blatter of having sexually assaulted her 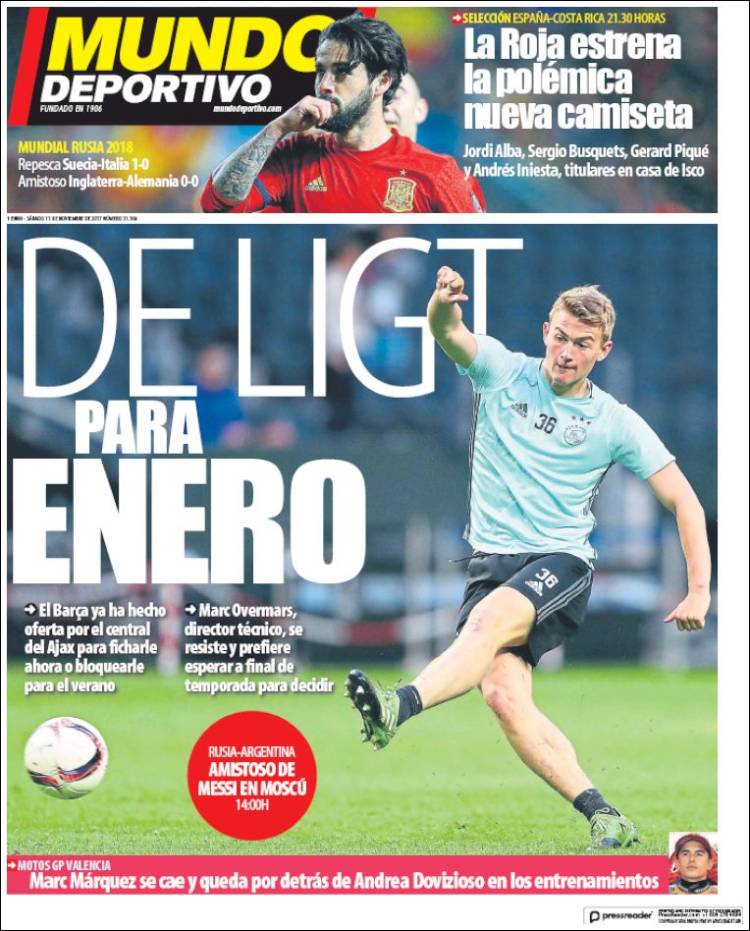 Marc Overmars, sporting director, resists and prefers to wait until the end of the season to make a decision