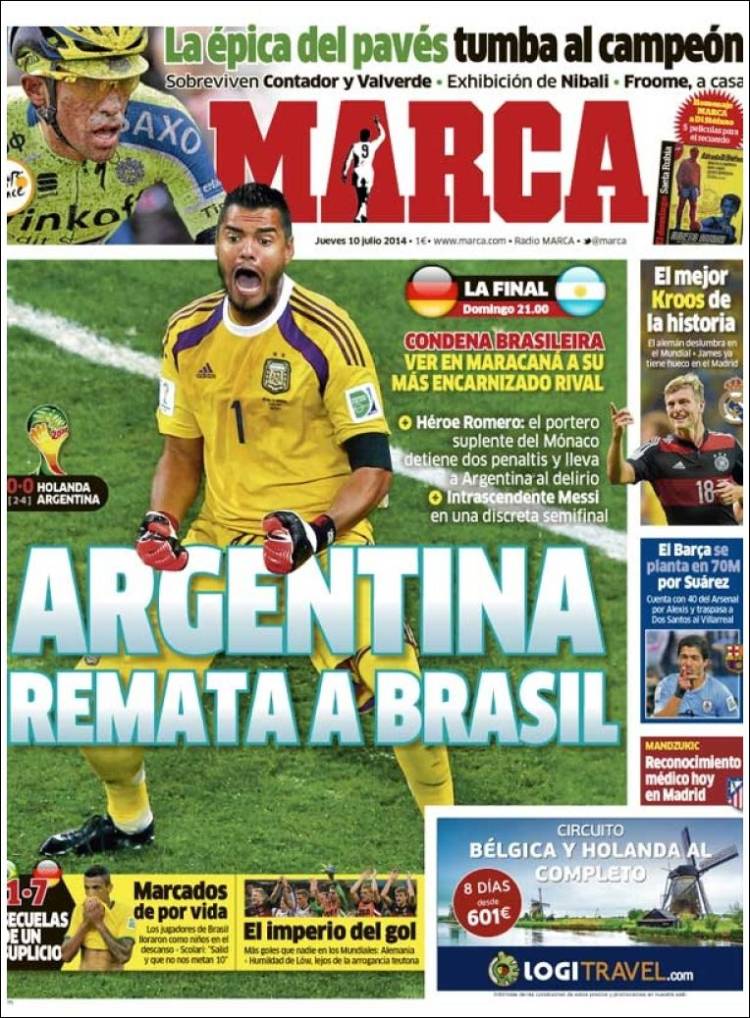 Romero the hero: The sub keeper for Monaco saved two penalties and leads Argentina to delirium

Messi unimportant in a quiet semi-final

The best Kroos in history

The German dazzles at the World Cup

The aftermath of torture

Marked for life, the Brazil players cried like children at half-time - Scolari said go out there and make sure they don't score 10

The rule of the goal

More goals than anyone at World Cups: Germany

Humility of Low, far from arrogant 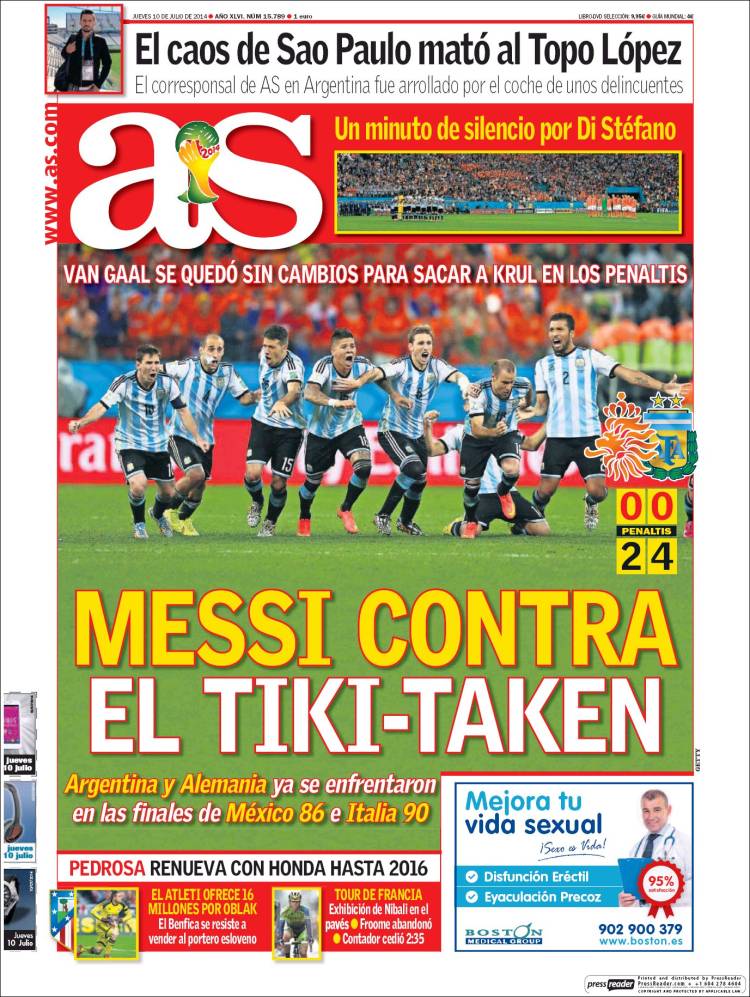 A minutes silence for Di Stefano

Benfica resist the sale of the Slovenian goalkeeper 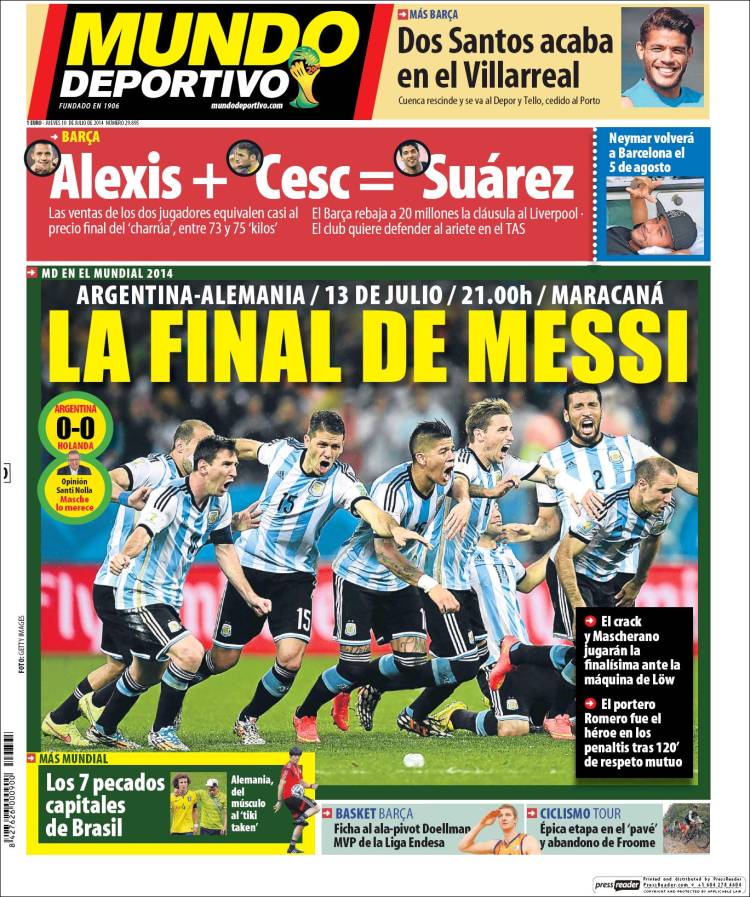 The sales of the players amounts to almost the final price for 'Charrua', between €73m and €75m

Barca get a discount of €20m on Liverpool's clause

The club want to defend the striker to TAS

Neymar will return to Barcelona on August 5

The seven sins of Brazil

Germany from muscle to Tiki-Taken