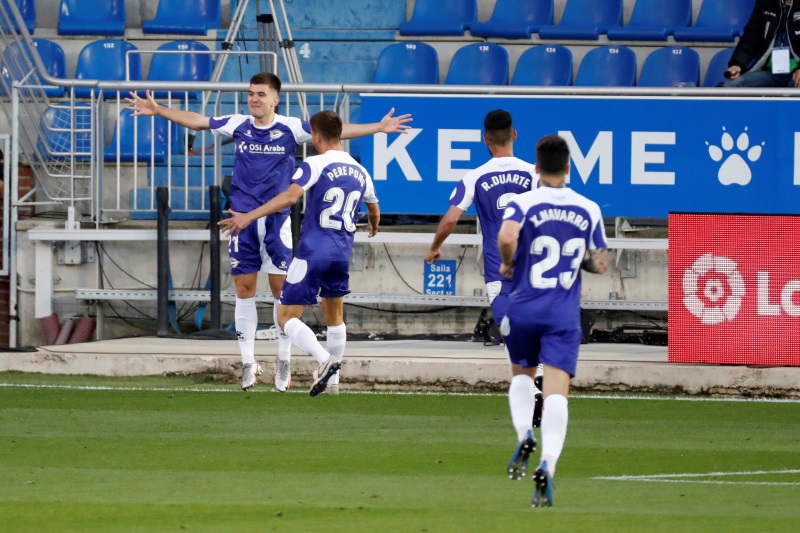 Real Sociedad remain outside the top four after slipping to a 2-0 defeat at Basque rivals Alaves on Thursday evening.

Atletico de Madrid leapfrogged La Real last night when they picked up a five-goal victory at Osasuna, with Diego Simeone’s side two points above both the Basque club and Getafe in the race for a Champions League spot.

Goals from Borja Sainz – after a lengthy wait for a VAR decision on offside – and Martin Aguirregabiria in the second half for the hosts were enough for the points.

Real Sociedad defender Joseba Zaldu and Tomas Pina of Alaves were both sent off late on, with the result seeing Alaves climb two places into 13th and away from the drop zone.

Imanol Aguacil’s Real Sociedad are aiming for their first return to Champions League football since the 2013/14 campaign and now have Villarreal (three points behind) and Valencia (a point further back) are also in the hunt.