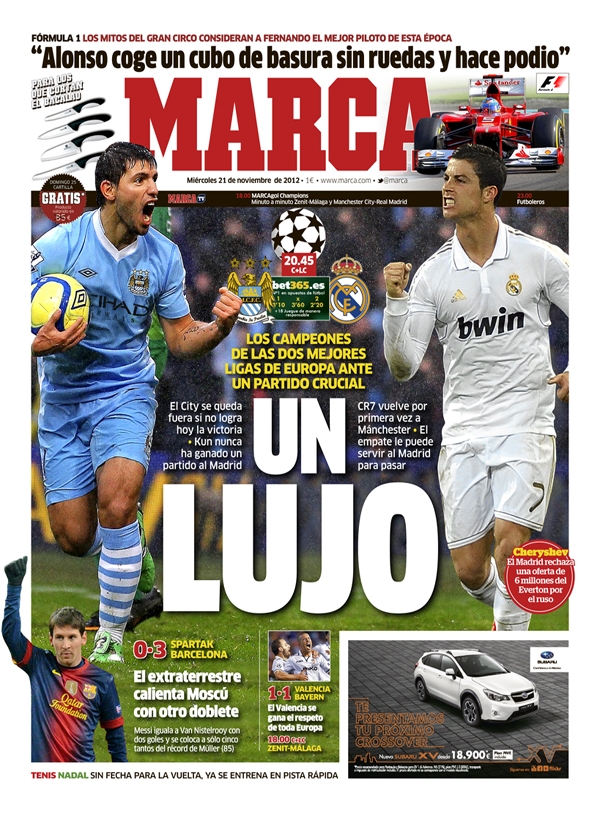 Kun has never won a match against Madrid

Ronaldo returns for the first time to Manchester

The extraterrestial with another double in Moscow 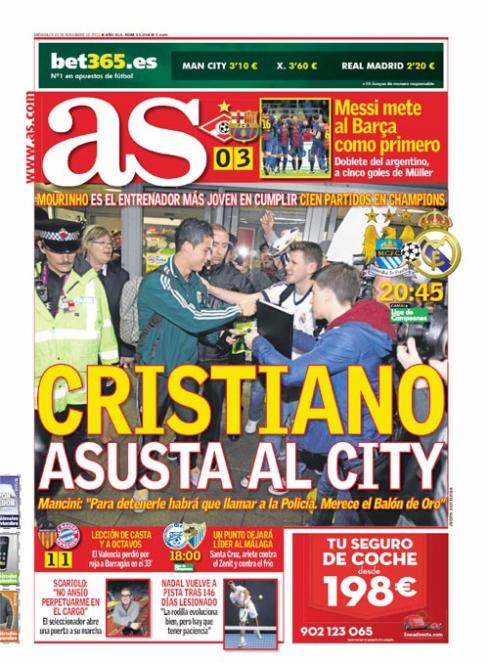 Mancini: "To stop him we will have to call the police. He deserves the Ballon d'Or"

Messi puts Barca first, a double for the Argentine, five goals away from Muller 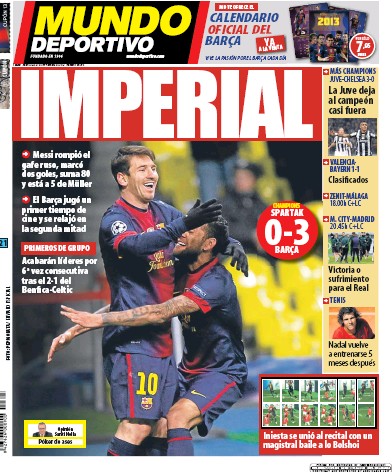 Messi breaks the jinx, five goals away from Muller