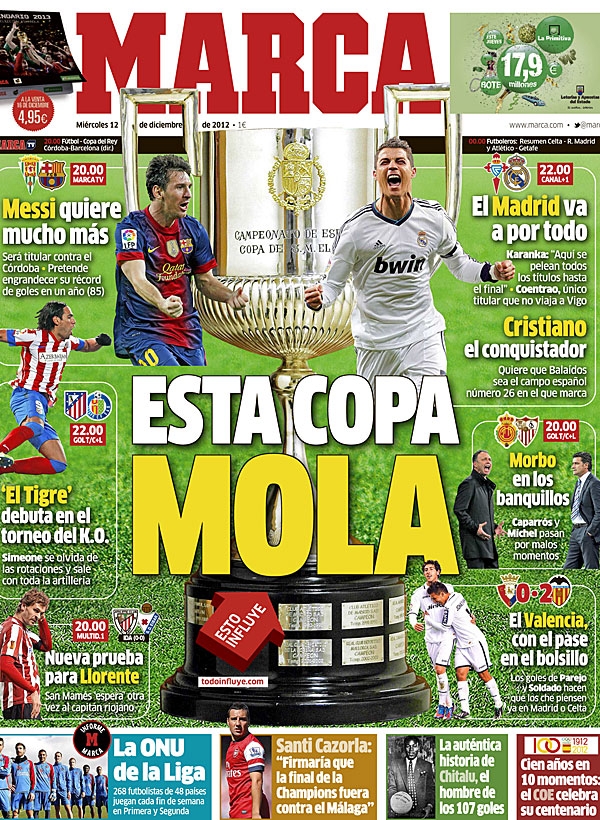 This Cup is cool

Madrid go all out

Karanka: Here we fight for all the titles until the end

Coentrao the only starting player not traveling to Vigo

Cristiano the Conquistador: Wants Balaidos to be the Spanish pitch where he scores his 26th goal

Rivalry on the benches: Caparros and Michel in difficult moments

Osasuna 0-2 Valencia: Los Che secures progress, two goals from Soldado and Parejo has them thinking whether it will be Madrid or Celta

Messi wants more; the Argentine to start against Cordoba, wants to increase his record for the year

The Tiger debuts in the knock out tournament: Simeone forgets rotation and is to send on all his big weapons

A new chance for Llorente: San Mames wait in expectation of their other captain

ONU of La Liga: 268 players from 48 countries play every weekend in the Primera and Segunda

Santi Cazorla: I would sign to play in the Champions League final against Malaga

The history of Chitalu, the man who scored 107 goals 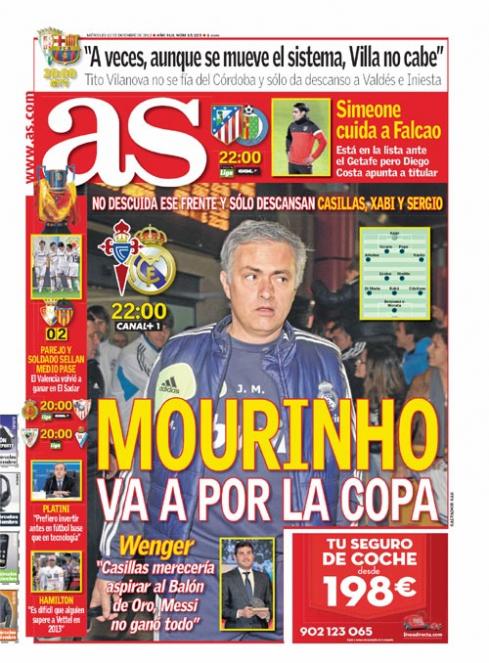 Mourinho going for the Copa

Mou is not taking light the threat of Celta and is only resting Casillas, Xabi and Sergio

Wenger: Casillas is worthy of winning the Balon d’Or, Messi cannot win everything

Simeone takes care with Falcao; he is in the squad but Diego Costa is set to start instead 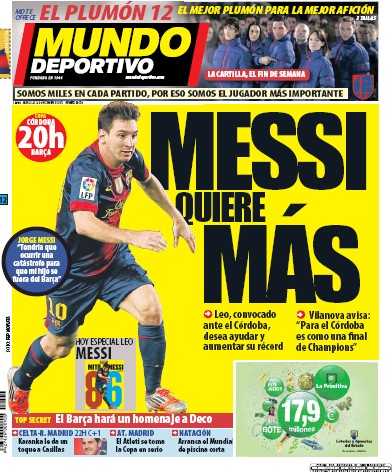 Leo to play against Cordoba, wants help to increase his record

Vilanova advises: For Cordoba, this is the Champions League final

Jorge Messi: There will have to be a catastrophe for my son to leave Barca