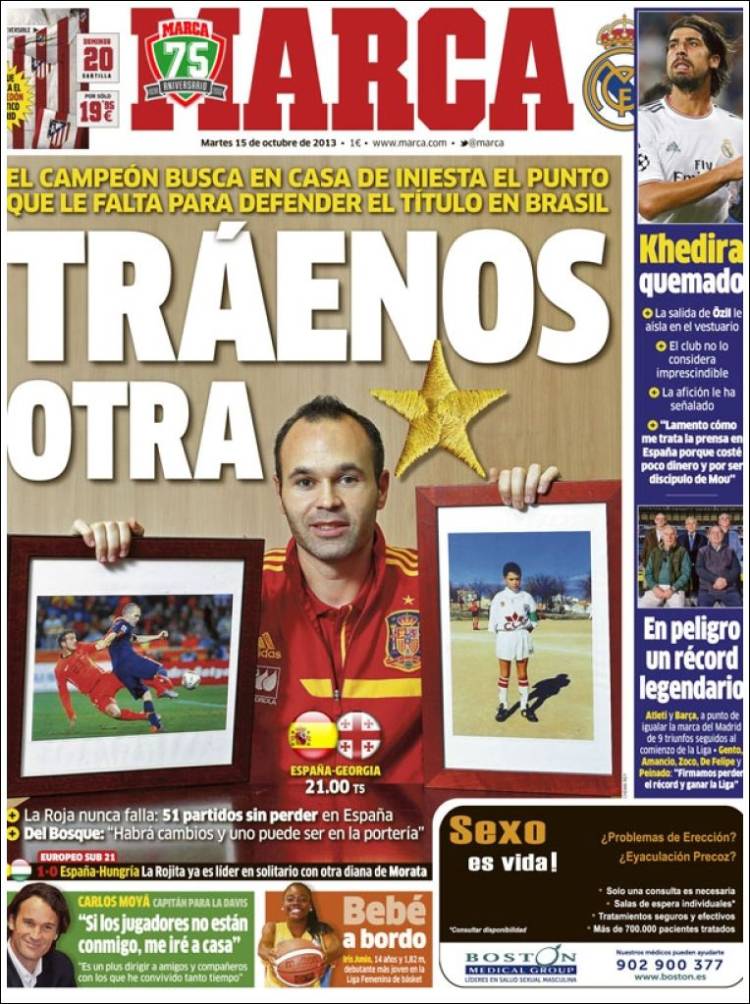 Del Bosque: “There will be changes and one could be in goal”

Ozil’s departure isolates him in the dressing room

The club do not consider him indispensable

The fans have singled him out

A legendary record in danger: Atleti and Barca on the verge of equalling Madrid’s benchmark of nine successive wins at the start of La Liga 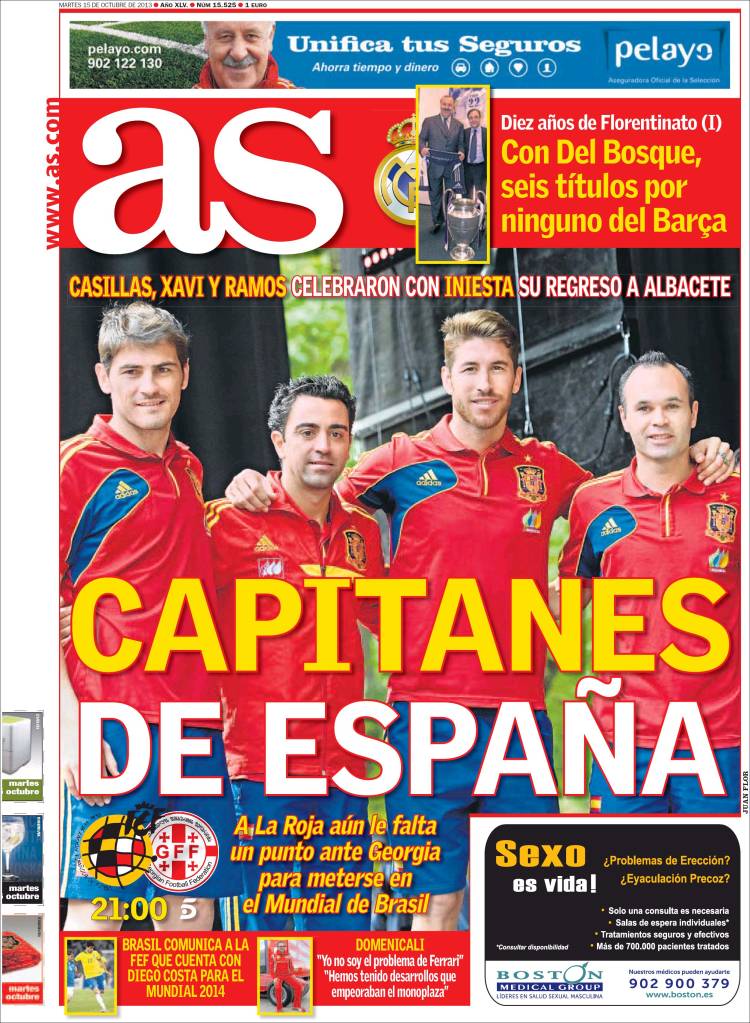 Casillas, Xavi and Ramos celebrate with Iniesta on his return to Albacete

Ten years of ‘Florentinato’ – With Del Bosque, six titles and none from Barca 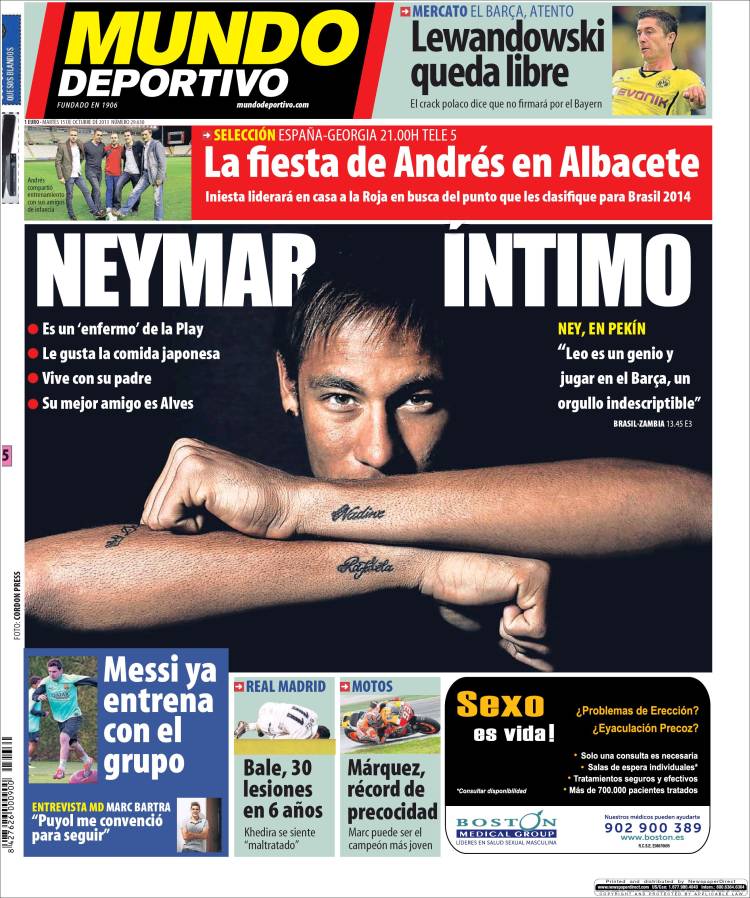 He is a patient in the Play

He lives with his father

His best friend is Alves

Ney, in Peking: “Leo is a genius and to play at Barca gives me unbelievable pride”

The Andres party in Albacete

Lewandowski remains free: the Polish ace says he will not sign for Bayern Munich

Messi is now training with the group

Marc Bartra: “Puyol convinced me to carry on”