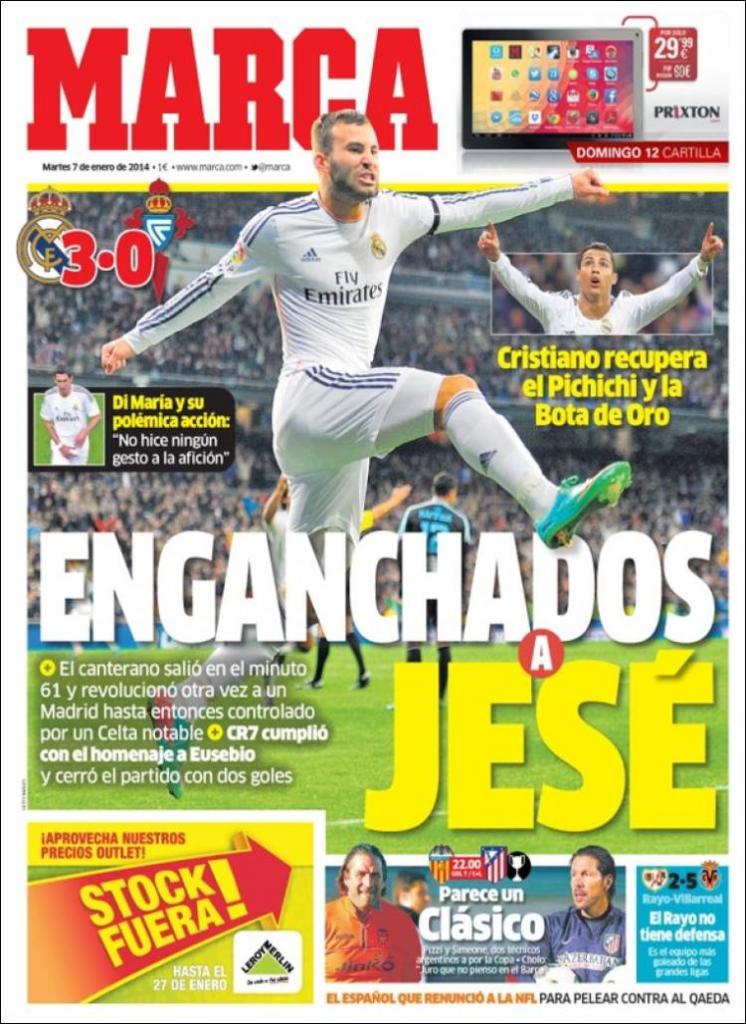 Cristiano gets back the Pichichi and the Golden Boot

Di Maria and his controversial action: “I didn’t make any gesture towards the supporters”

Pizzi and Simeone, two Argentines, go for the Cup

Cholo: “I swear I’m not thinking of Barca”

Rayo have no defence: they are the team that has conceded most goals in the big Leagues 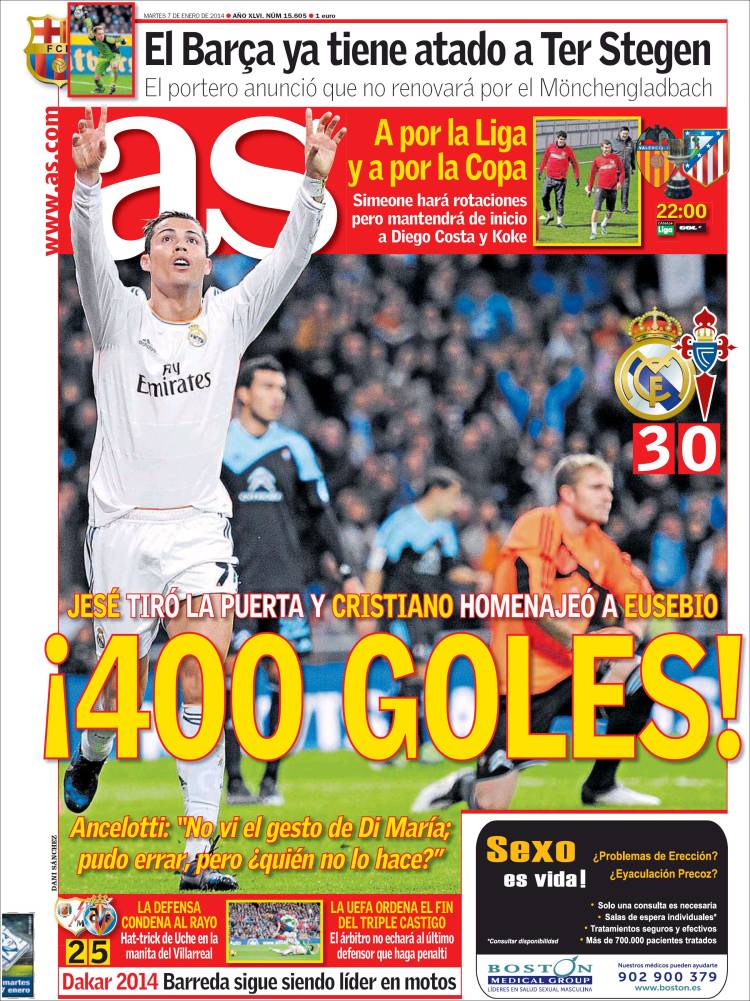 Jese opens the door and Cristiano pays tribute to Eusebio

Ancelotti: “I didn’t see Di Maria’s gesture; he could have made a mistake but who doesn’t?”

Barca now have Ter Stegen tied up; the goalkeeper announces he will not renew his contract with Monchengladbach

Now for the League and the Cup

UEFA orders the end of the triple punishment 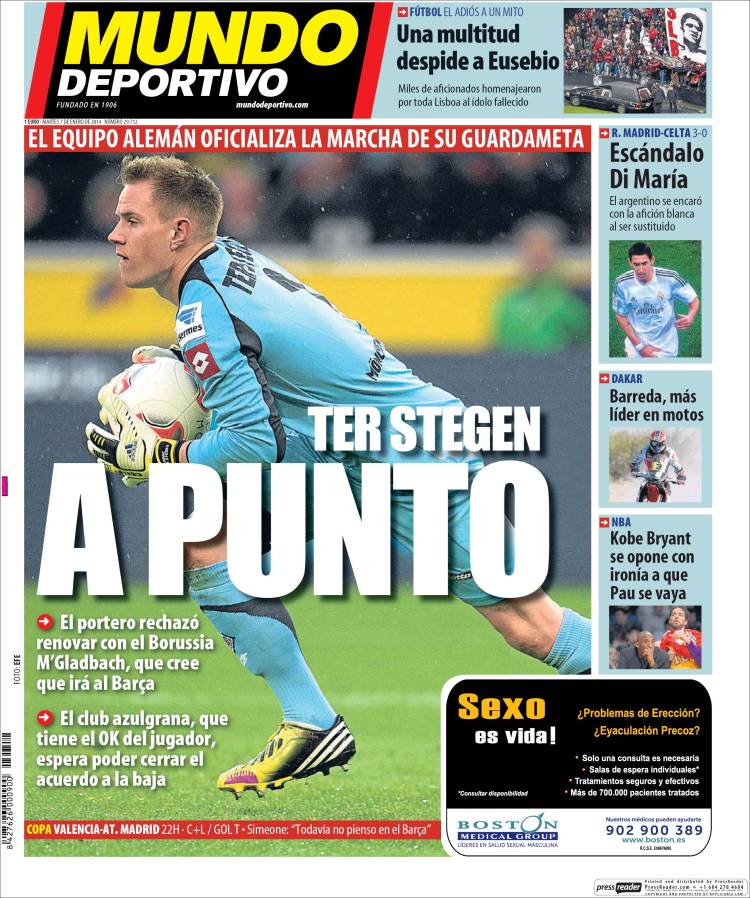 Ter Stegen on the verge

The goalkeeper rejects a new contract with Borussia Monchengladbach, who believe he will got to Barcelona

La Blaugrana, who have the OK from the player, hope to close the agreement

Goodbye to a great; a multitude of people give Eusebio a send-off

Di Maria scandal: the Argentine confronts the Los Blancos fans on being substituted