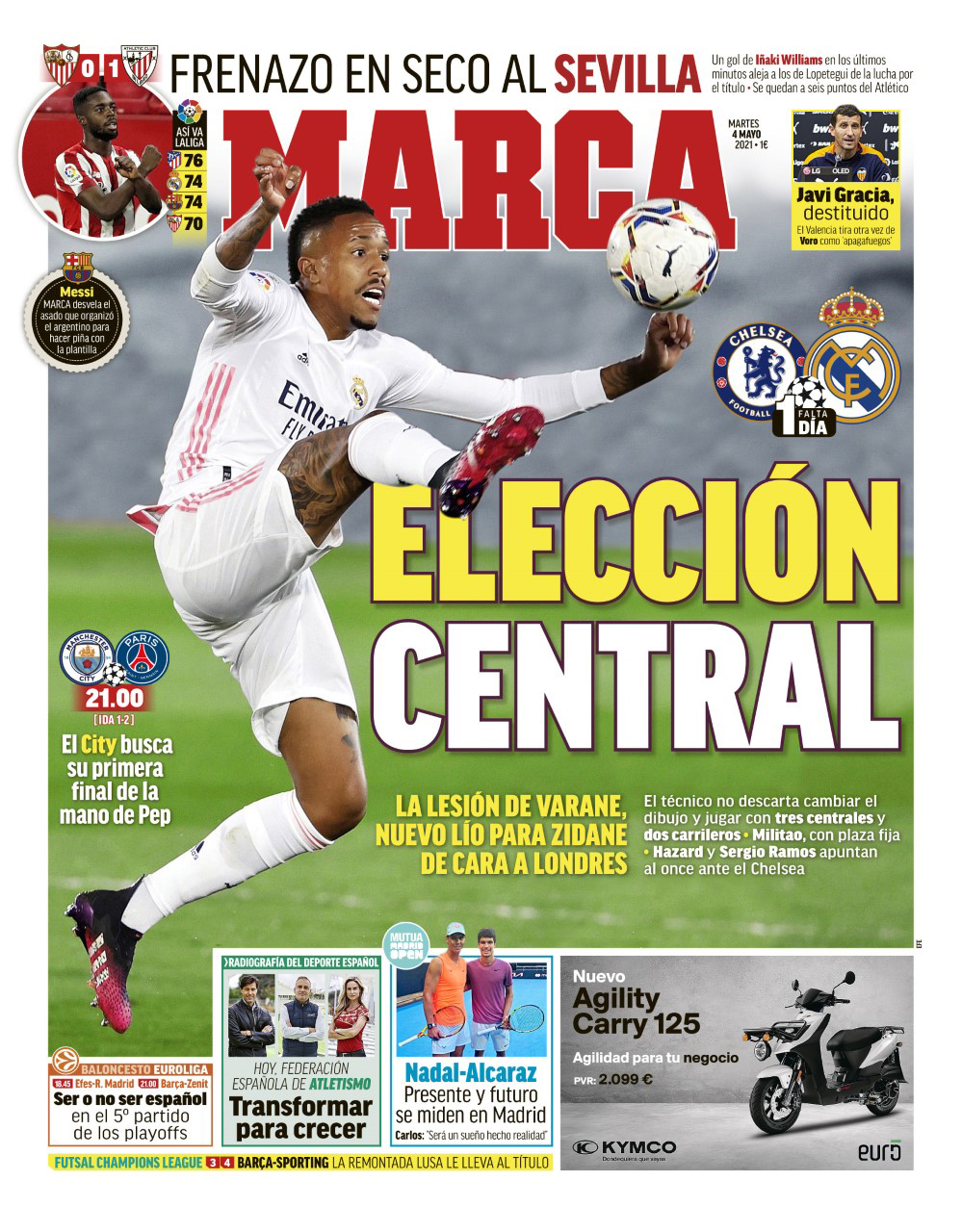 REAL MADRID: Central Choice - Raphael Varane's injury presents Zinedine Zidane with a problem ahead of the Champions League semi final second leg against Chelsea. The French boss has not ruled out continuing with a back three in London with Sergio Ramos and Eden Hazard both aiming to return to action at Stamford Bridge. 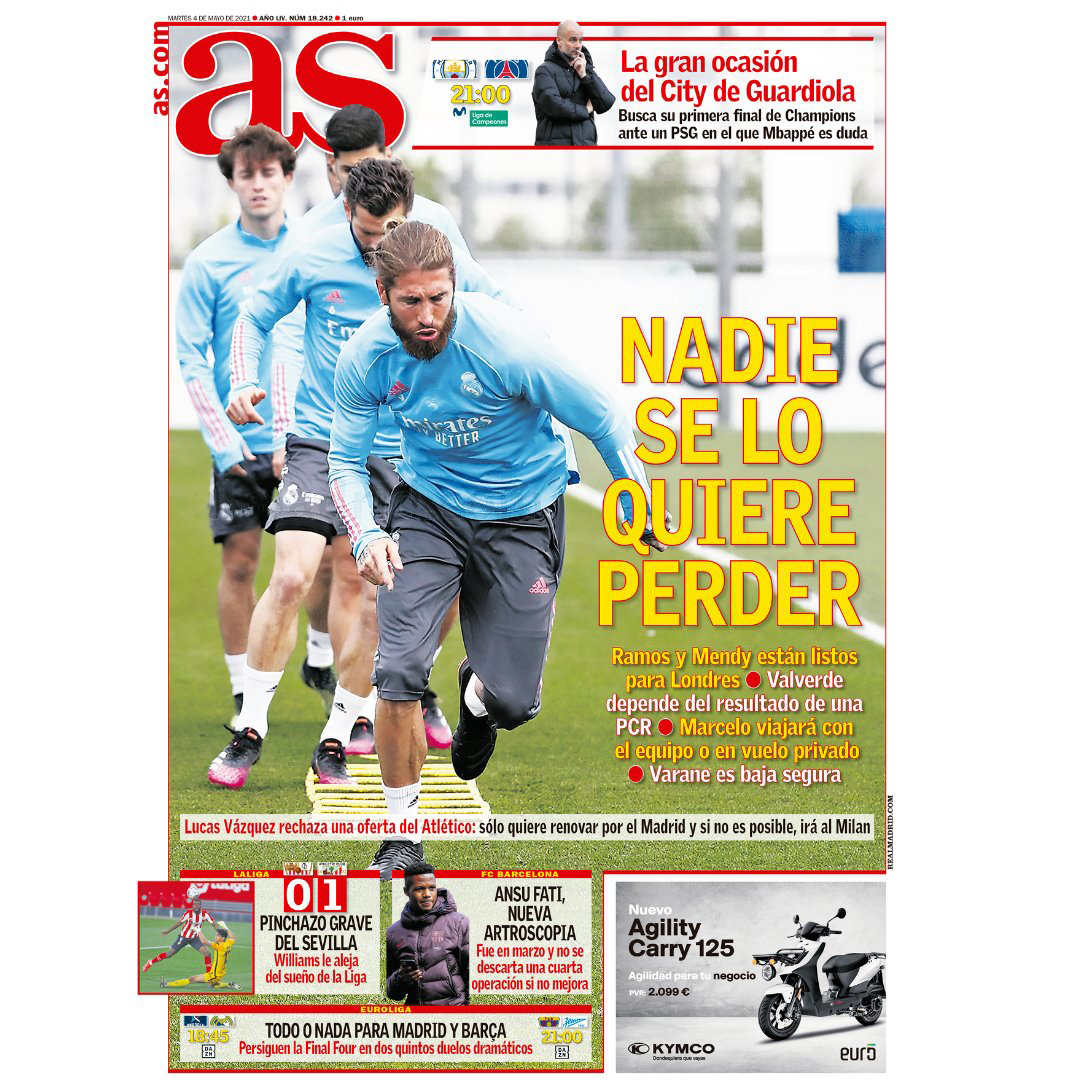 REAL MADRID: NOBODY WANTS TO MISS IT - Sergio Ramos and Ferland Mendy are ready for London and Fede Valverde is pending the result of his Covid-19 test. Marcelo will travel with the team in a private flight. Raphael Varane will not play due to injury. 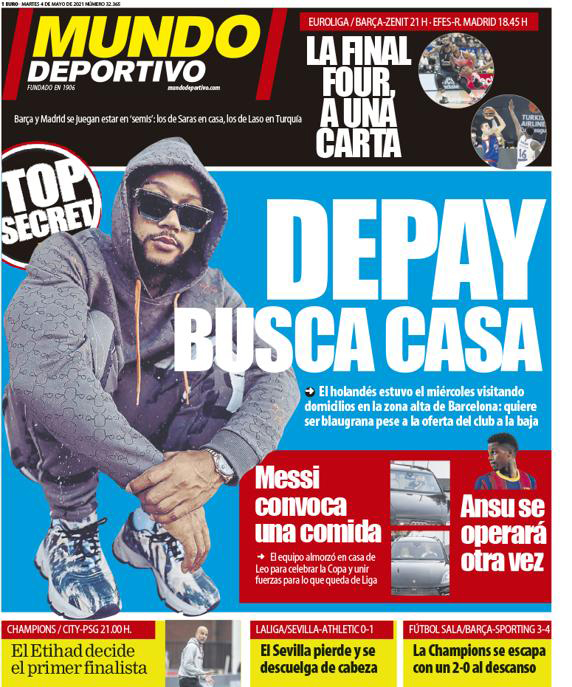 BARCELONA: DEPAY LOOKS FOR A HOME - The Dutch international was photographed visiting homes on Wednesday in Barcelona. He wants to be part of La Blaugrana next season despite the low contract offer from the Catalans. Teenage star Ansu Fati may need a further operation on his persistent knee injury and is unlikely to play again this season.