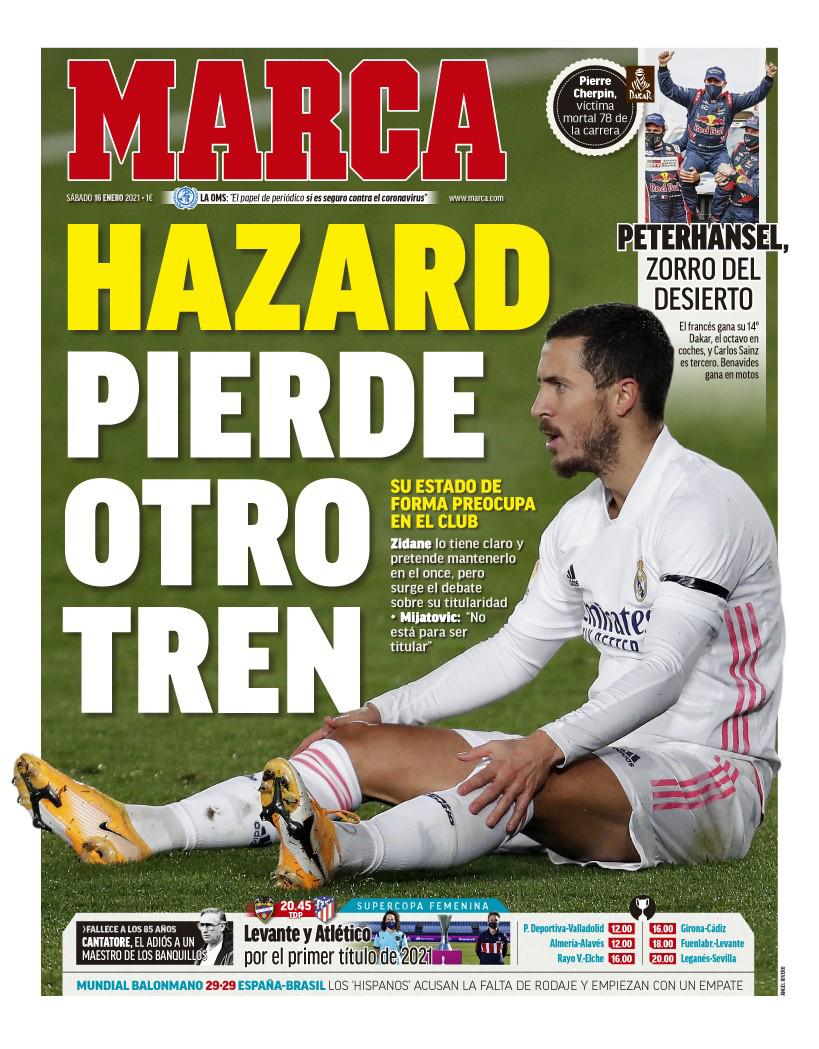 REAL MADRID: HAZARD MISSES ANOTHER TRAIN - Eden Hazard poses an ongoing fitness problem for Real Madrid. Zinedine Zidane seems determined to keep the Belgian international in the starting XI, but doubts continue to arise about his long-term ability to stay in the team. Pedrag Mijatovic has added his voice to the growing argument that the former Chelsea star should be dropped. 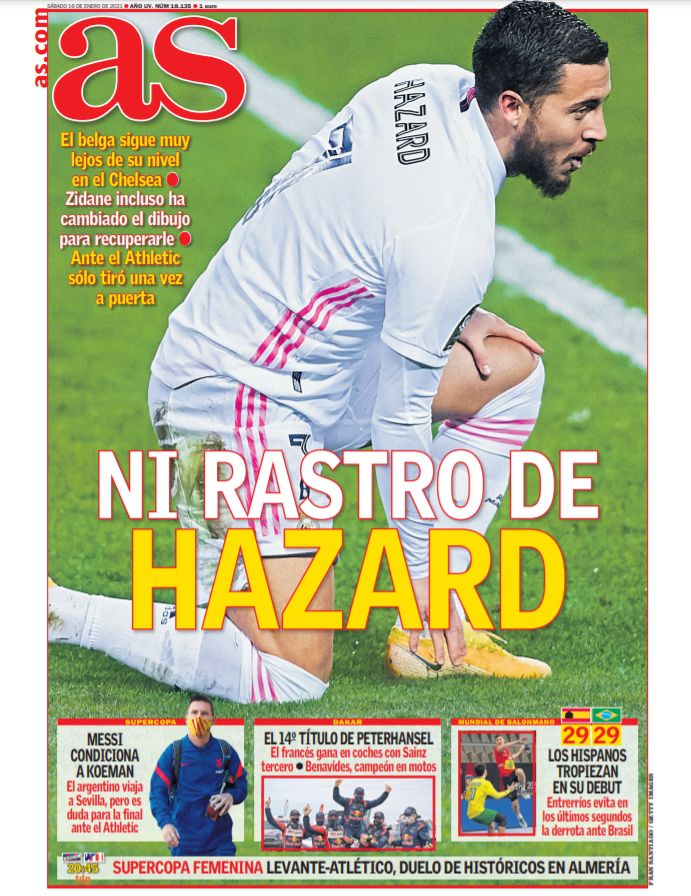 REAL MADRID: HAZARD IS NOWHERE TO BE SEEN - Eden Hazard is still miles away from his form at Chelsea. Zinedine Zidane has changed his formation to bring the Belgian international back into the starting team, despite the winger only managing one shot on target against rivals Atletico Madrid. 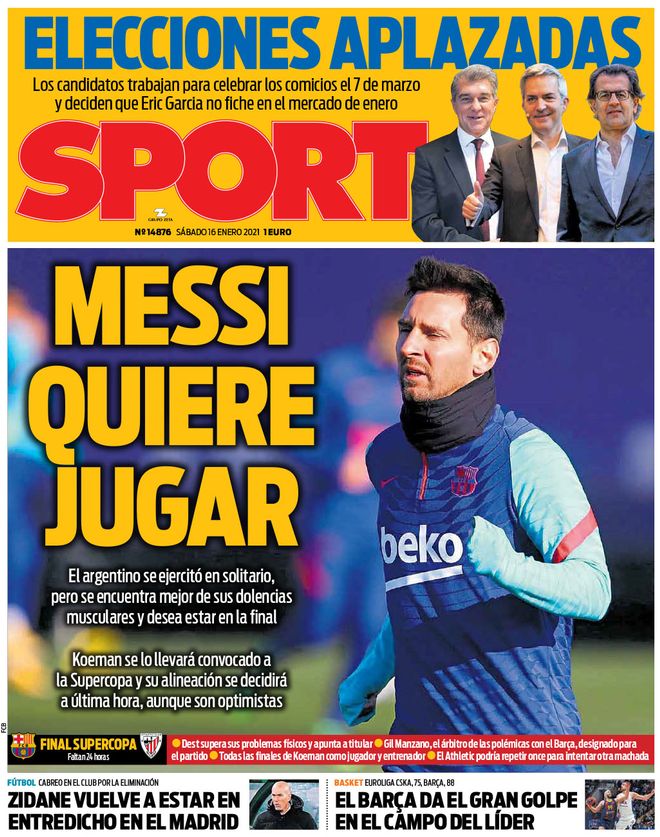 BARCELONA: MESSI WANTS TO PLAY - Barcelona skipper Lionel Messi is determined to return the La Blaugrana starting line up for their Spanish Supercopa final against Athletic Club on Sunday night. The Argentinian missed the semi final win over Real Sociedad and boss Ronald Koeman will wait until the last minute to confirm his team.