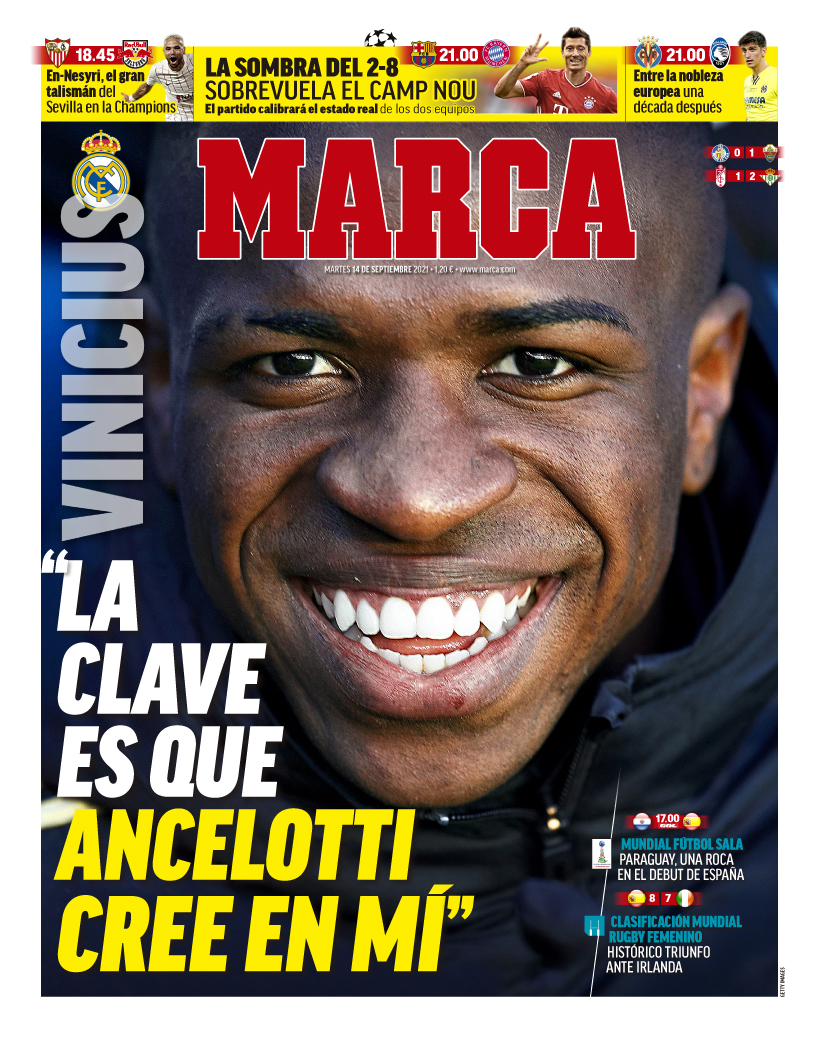 REAL MADRID: Vinicius Interview - "The key is that Ancelotti believes in me". BARCELONA: The shadow of the 8-2 to Bayern Munich flies over the Camp Nou, with the match presenting a genuine opportunity to test the both team's current level. 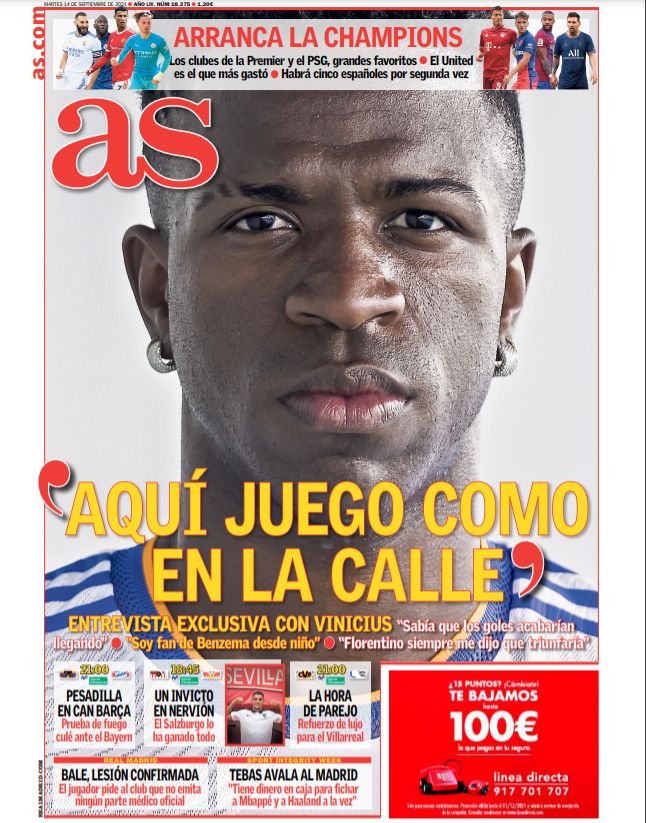 REAL MADRID: Vinicius Interview - "Here I play like I do on the streets. I knew the goals would finally come. I have been Benzema's fan since I was a child and Florentino always said I would succeed". CHAMPIONS LEAGUE: Champions League kick off - Premier League teams and PSG start as the favourites, with Manchester United the team investing the most this summer. There will be five Spanish teams competing for second time in history after Villarreal's Europa League success in 2021. 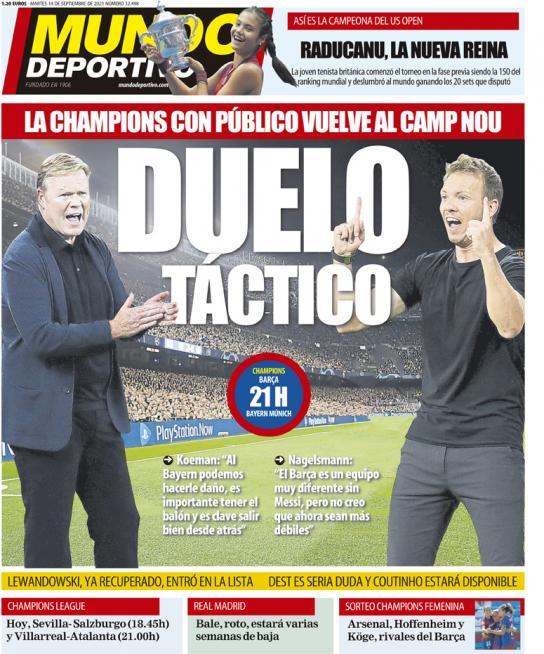 BARCELONA: Tactical Duel - Football fans return to the Champions League at Camp Nou. Ronald Koeman is confident La Blaugrana can hurt Bayern Munich, but it is important to keep possession to ensure a good attack from the back.