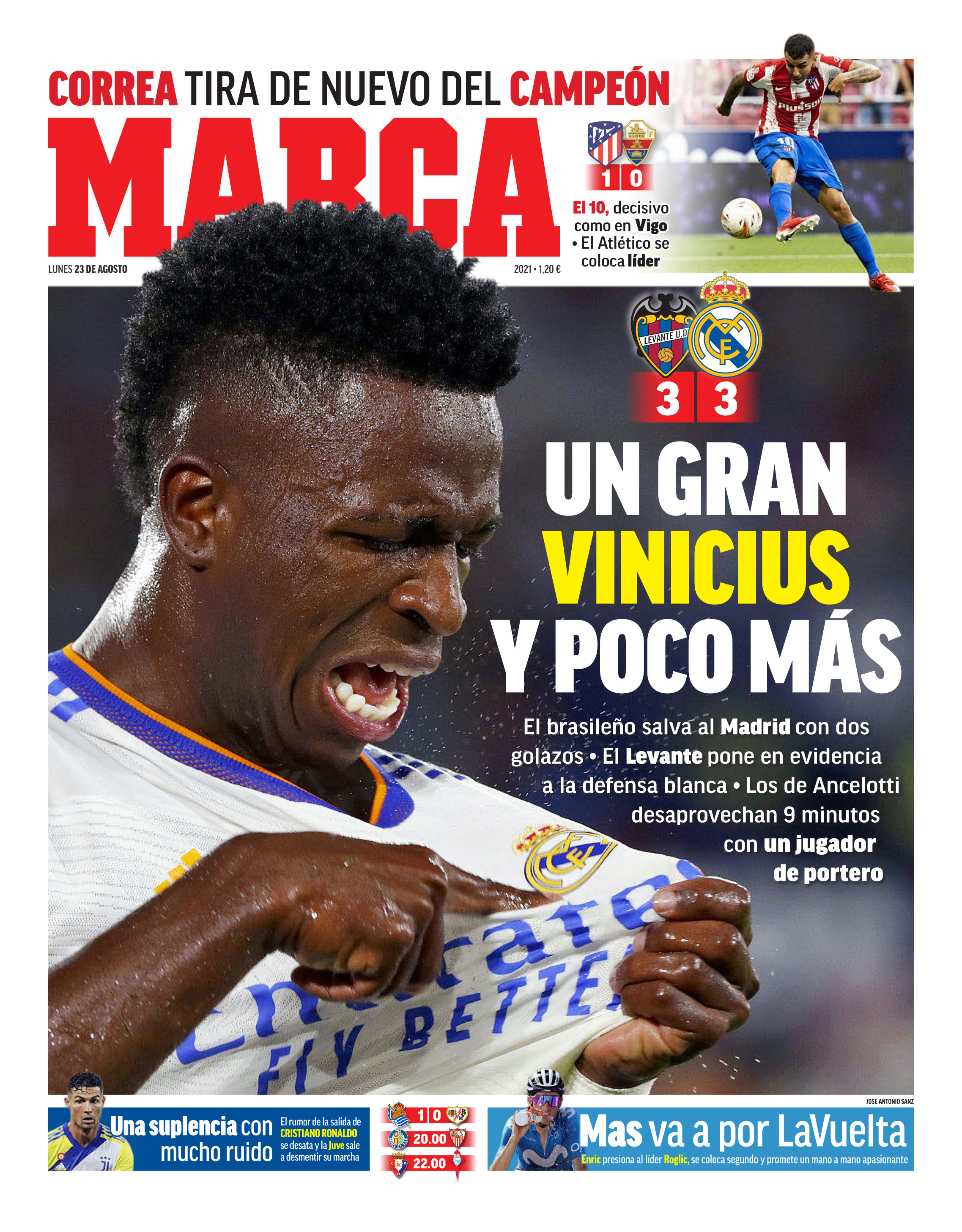 REAL MADRID: A Great Vinicius and a little more......Brazilian star Vinicius saved a point for Real Madrid at Levante with two goals off the bench. Levante exposed some major defensive issues within the Los Blancos back line as Vinicius made the key difference in a nine minute blitz. 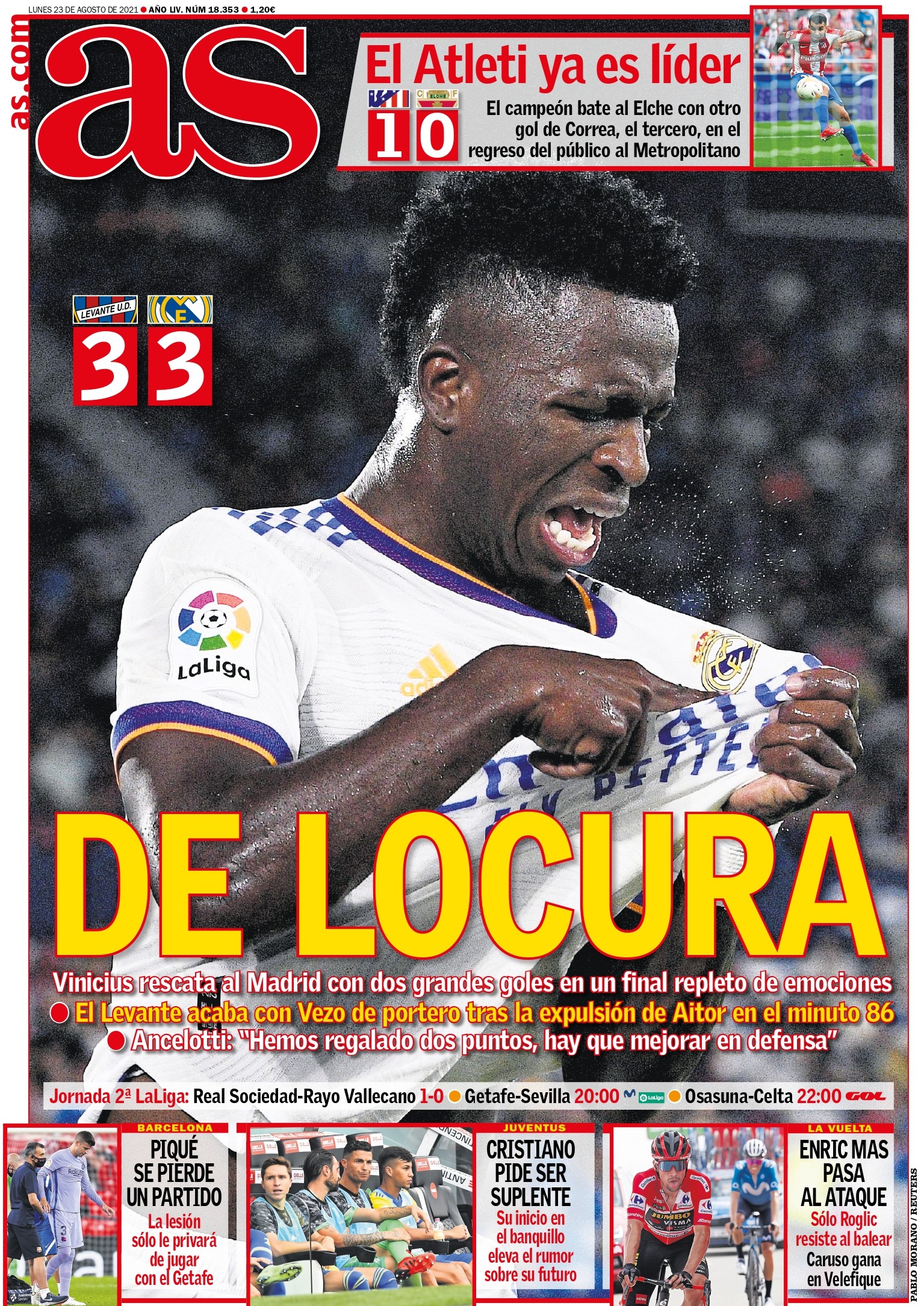 REAL MADRID: Crazy - Vinicius rescued a late draw for Real Madrid at Levante with two late goals off the bench in a dramatic end to the tie. Levante were forced to play the final minutes with 10 men as goalkeeper Aitor Fernandez was sent off and defender Ruben Vezo forced to go in goal as Carlo Ancelotti bemoaned two points dropped. 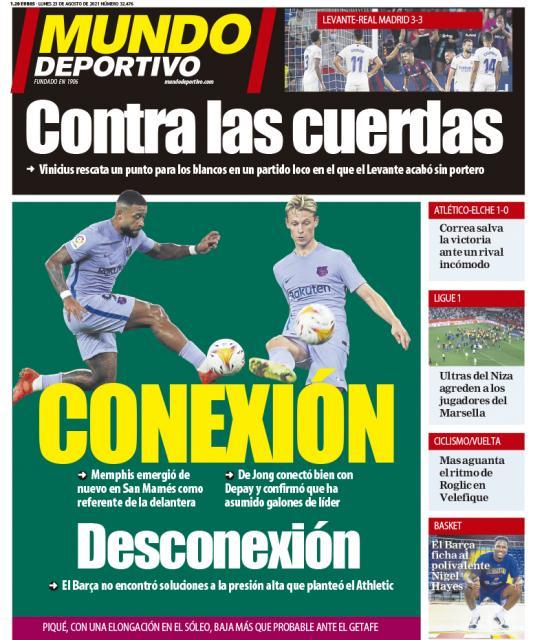 BARCELONA: Connection - Memphis Depay turned in a starring performance with a first goal for the club in this weekend's draw at Athletic Bilbao. His link up with Dutch international teammate Frenkie de Jong was the biggest news from the Estadio San Mames on Saturday night.