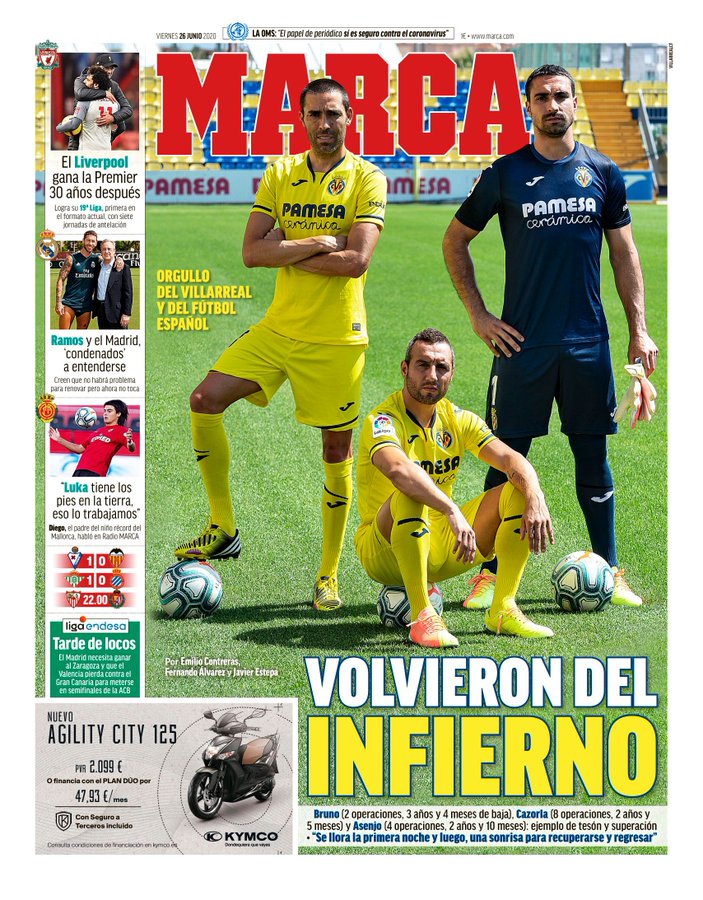 They return from hell - Villarreal trio of Santi Cazorla, Bruno Soriano and Sergio Asenjo are all back fit after multiple injury nightmares. They are the price of Villarreal and of Spanish football Liverpool have won the Premier League for the first time in 30 years! Sergio Ramos and Real Madrid are 'condemned' to understand each other Father of Luka Romero praises the teenager's work ethic and insists he is not getting carried away with La Liga record 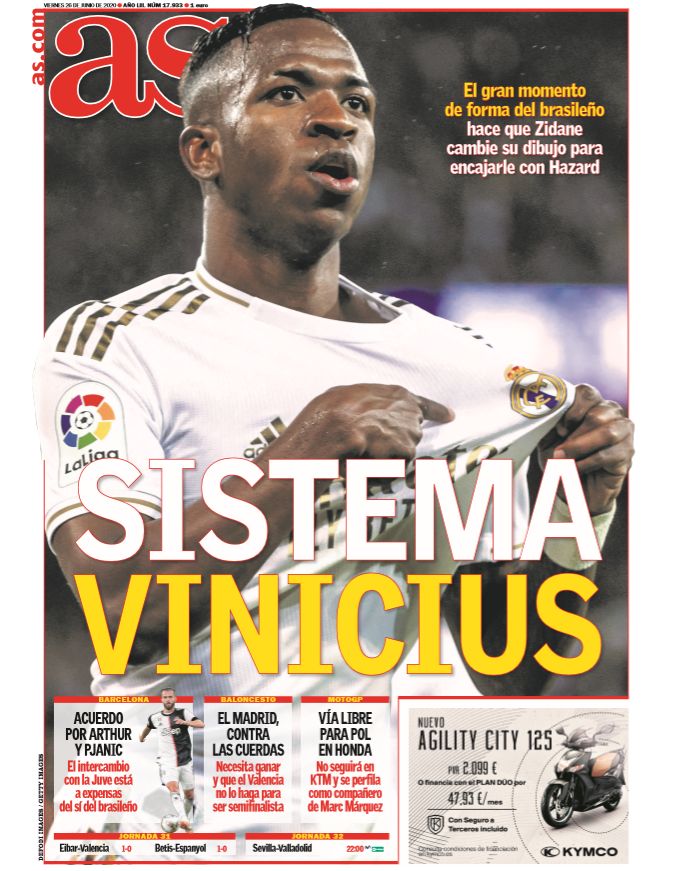 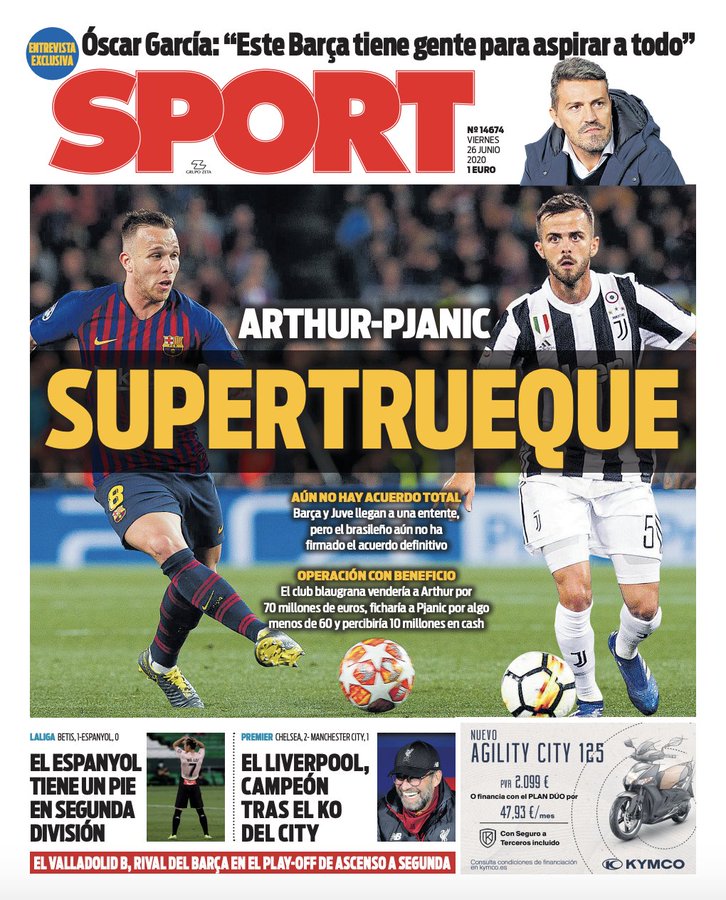 Super barter - Barcelona and Juventus have agreed a player exchange deal between Arthur Melo and Miralem Pjanic. There is not total agreement as Arthur is yet to agree personal terms. Arthur will officially be sold for €70m, Pjanic signed for €60m so Barcelona make €10m in profit Oscar Garcia: "Barcelona have players to aspire (to win) everything" Espanyol have a foot in the Segunda - they lose at Betis Liverpool are champions after Man City lose