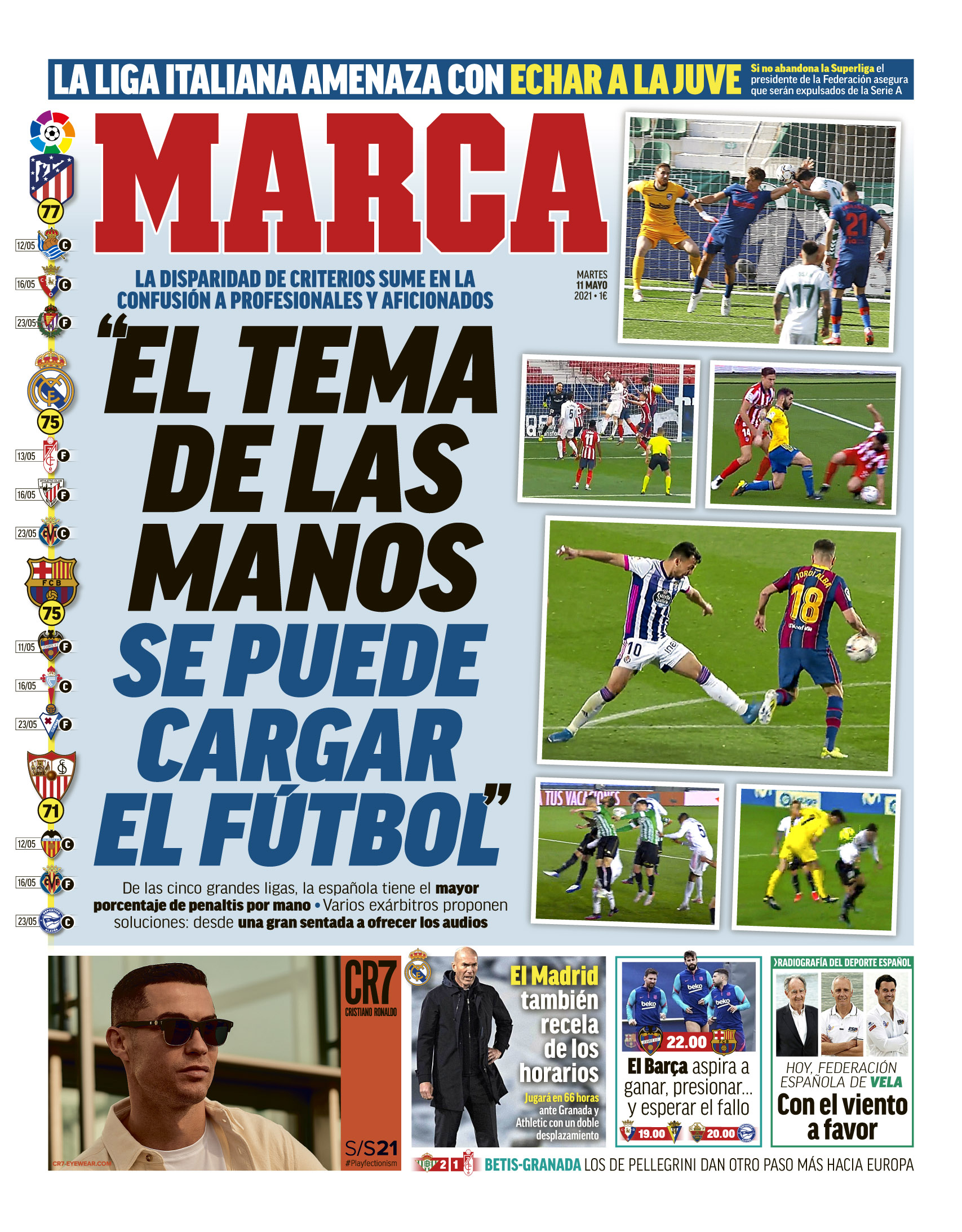 LA LIGA: The Handball Theme in Football - Across the five major leagues across Europe, La Liga has the highest rate of penalties awarded for handball with referees calling for more assistance from VAR. 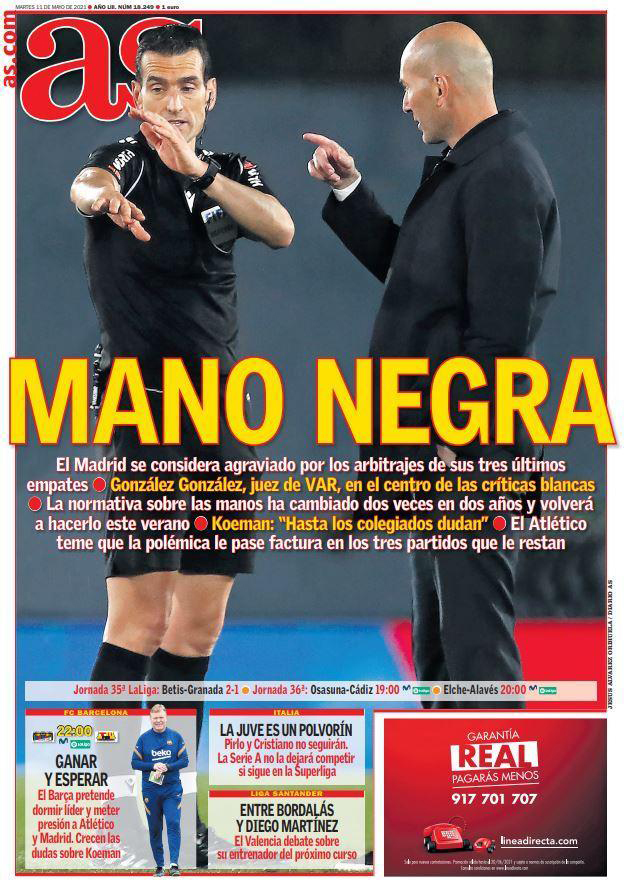 LA LIGA: Black Hand - Real Madrid are considering an appeal against the referee in their last game ahead of the final three matches of the season. Atletico Madrid have the advantage in the title race with a two point lead over Real Madrid and Barcelona ahead of the run in. 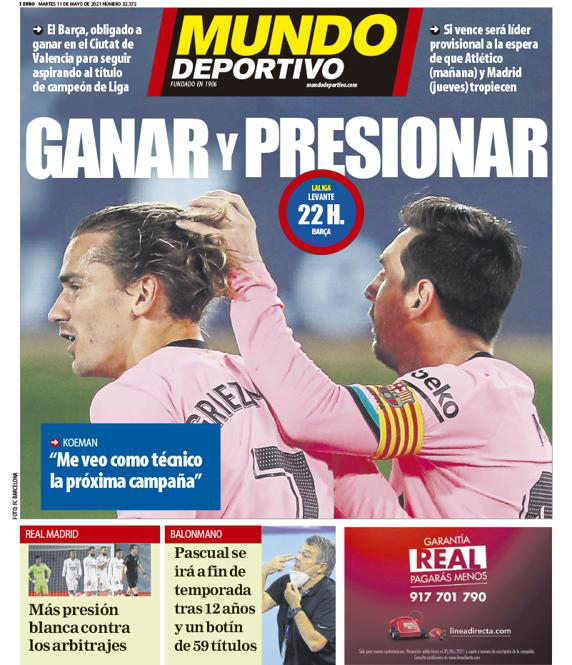 BARCELONA: Win and Press On - Barcelona need to win away at Levante to keep up the pressure in the La Liga title race with leaders Atletico Madrid not in action until 24 hours later. Victory for the Catalan giants would see them move top overnight with Real Madrid up against Granada on Thursday night. Boss Ronald Koeman pledges to remain in charge of the club again next season.