Sunday’s front page headlines from Marca, Diario AS and Mundo Deportivo in English. 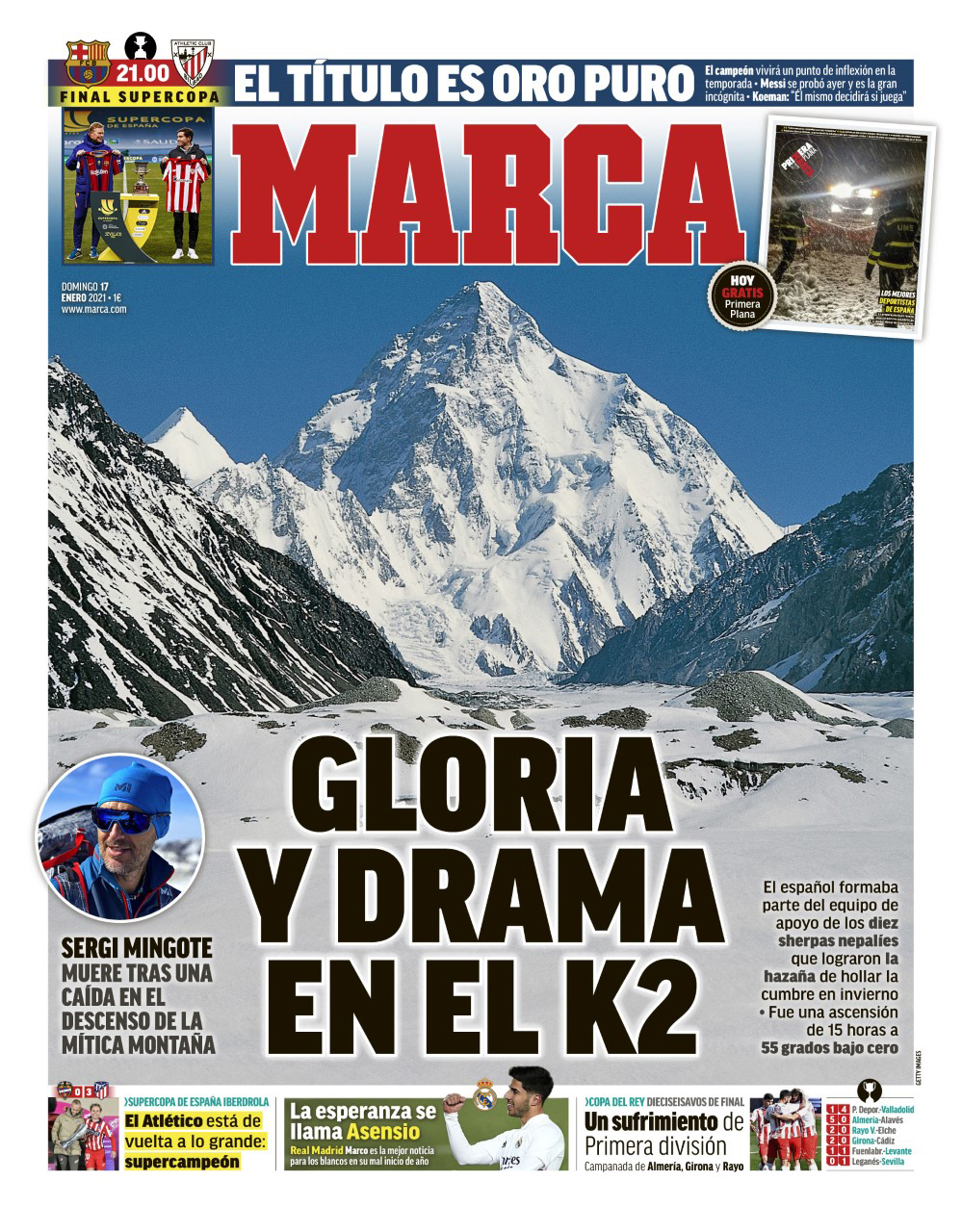 REAL MADRID: HOPE IS CALLED ASENSIO - Marco Asensio is the best news Real Madrid have had since their poor start in La Liga this season. the Spanish international has played a key role in Zinedine Zidane's team as they aim to defend their La Liga title. 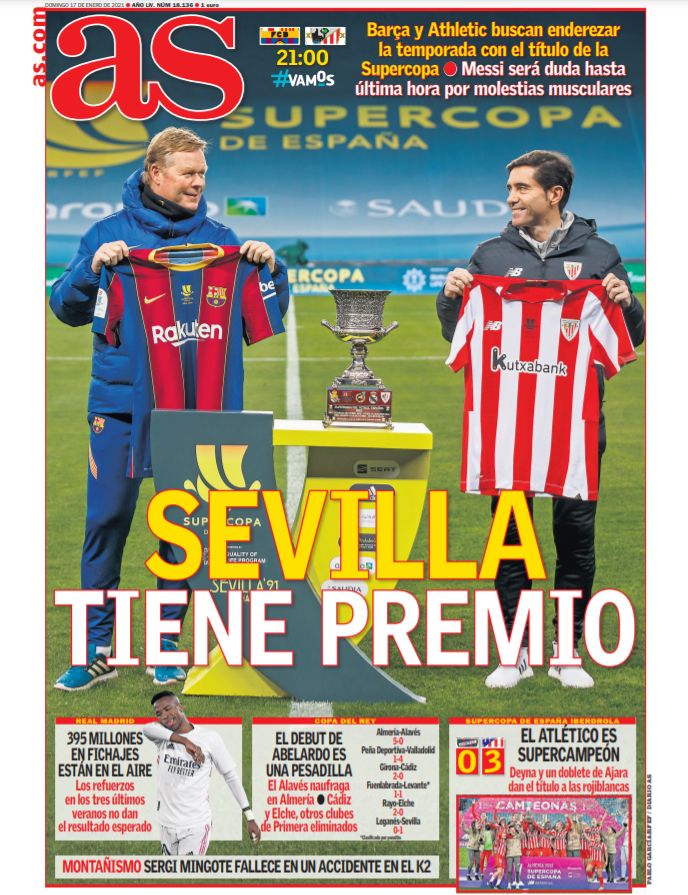 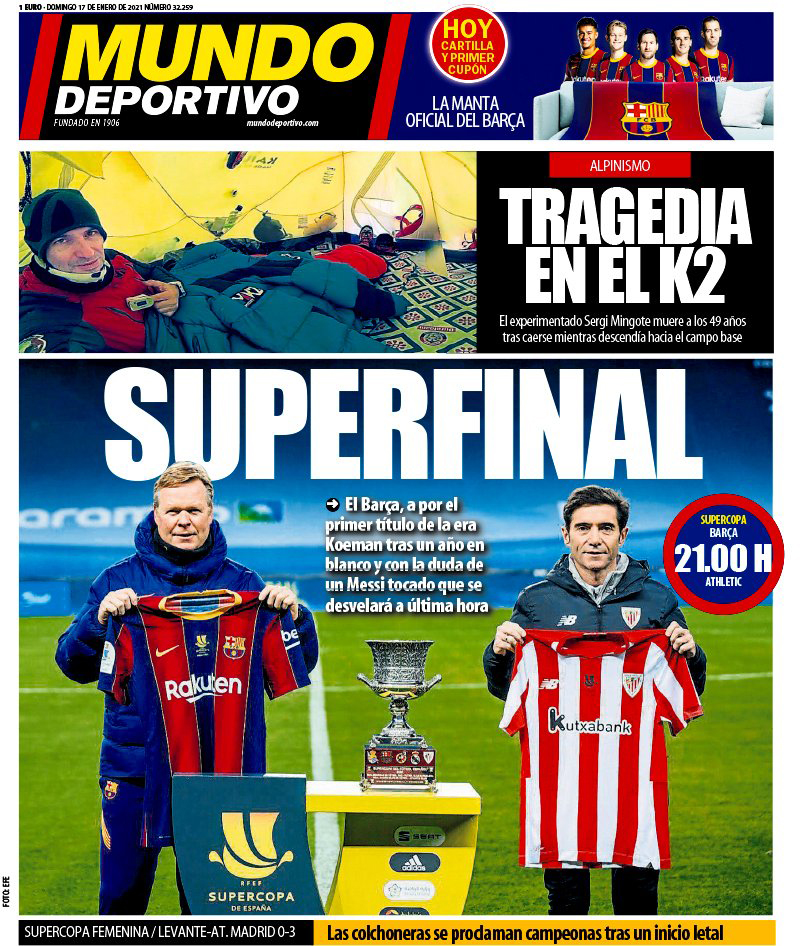 BARCELONA v ATHLETIC BILBAO: SUPERFINAL - Barcelona will fight against Marcelino's Athletic Club to secure the Supercopa title, after a year of no title success since Ronal Koeman's arrival to the Catalonian side. The La Blaugrana's boss is expected to confirm his starting XI at the last minute, among doubts about Lionel Messi's ability to play due to muscular discomfort.