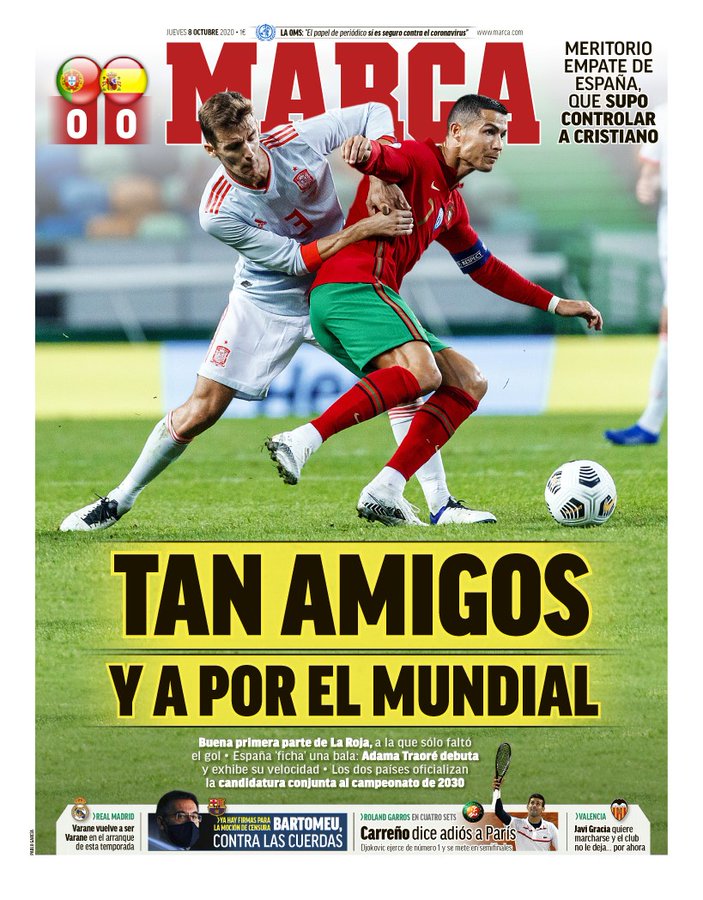 Friends and for the World Cup - a deserved draw for Spain, who knew how to control Cristiano Ronaldo, Spain were good but only missing a goal, Adama Traore ‘bullet’ makes his debut for Spain, and the two countries to bid for 2030 World Cup Varane returns as Varane - impressing this season Bartomeu, against the ropes - faces vote of no confidence Javi Gracia wants to leave Valencia but the club say no…for now 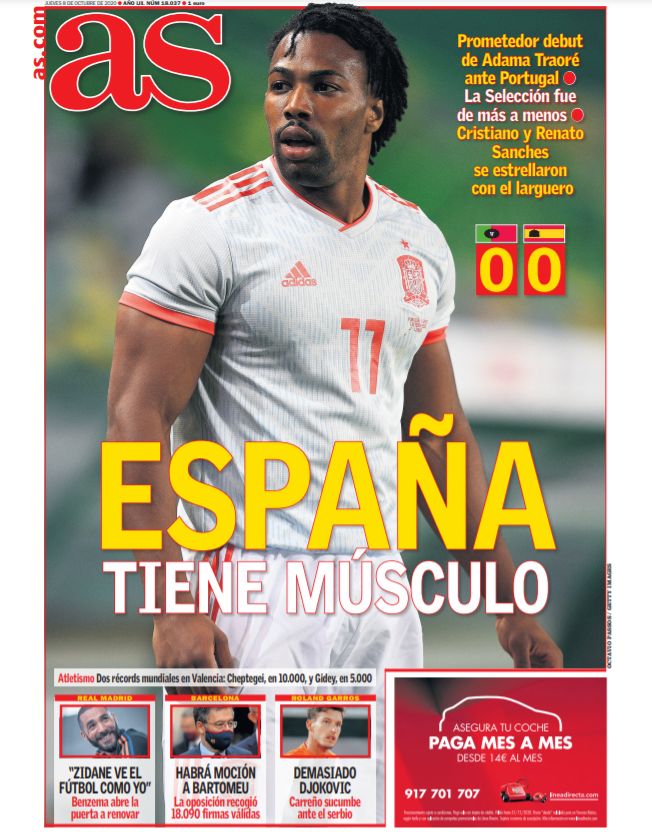 Spain has muscle - Promising debut for Adama Traore, Spain had more than less “Zidane sees football like me” - Benzema opens the door to renewing Real Madrid contract There is a motion against Bartomeu - 18,090 valid signatures 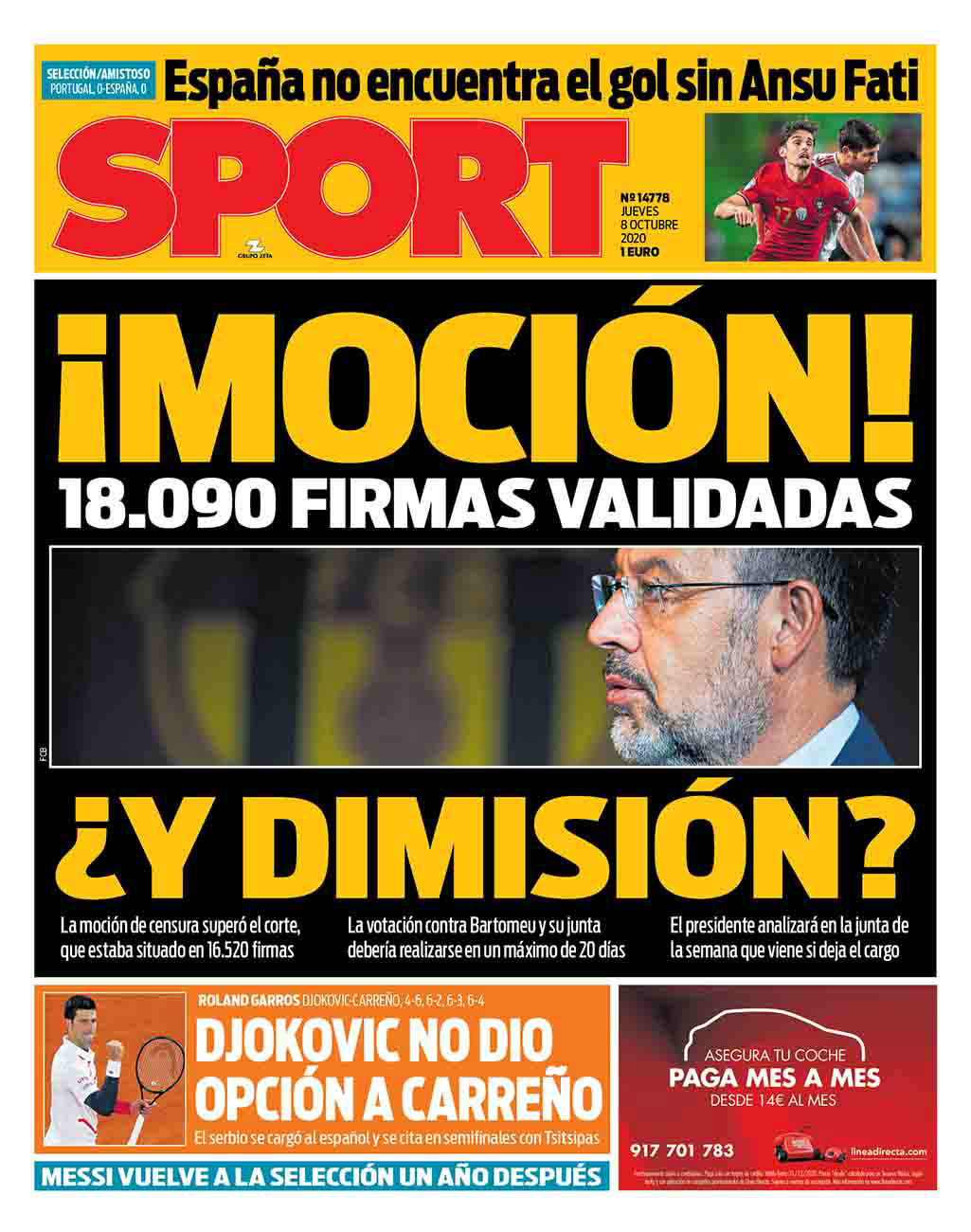 Motion! And resignation? 18,090 signatures - The motion of censure exceeded the cutoff of 16,520 signatures. The vote against Bartomeu and his board should take place in the next 20 days. The president will analyse in the meeting next week if he leaves office. Spain cannot score without Ansu Fati - scoreless draw against Portugal Messi returns to Argentina duty a year later