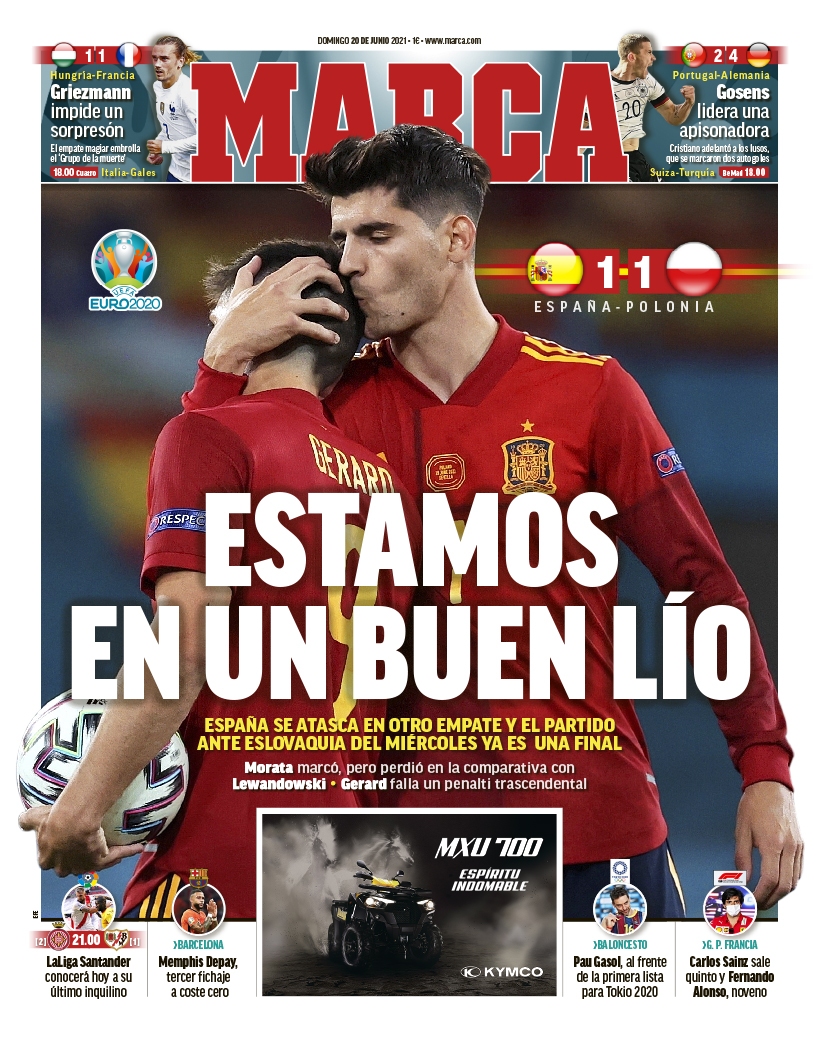 SPAIN: We are in a good mess - Spain get caught up in another Euro 2020 draw as they battle to a 1-1 draw with Poland. Luis Enrique's side now face a crucial final group game against Slovakia next week. Alvaro Morata's first half goal was cancelled out by Robert Lewandowski's equaliser with Gerard Moreno missing a penalty. 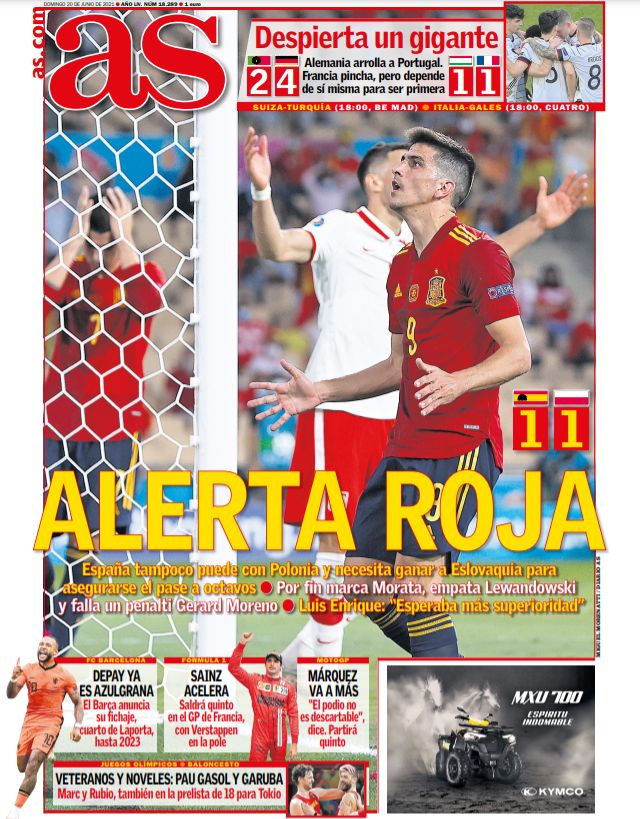 SPAIN: Red Alert - Spain fail to beat Poland and Luis Enrique's side must now win against Slovakia in midweek in order to reach the last 16. Alvaro Morata's goal was cancelled out by Robert Lewandowski before Gerard Moreno missed a late penalty. Enrique claimed he expected a more dominant performance from his team in Sevilla. 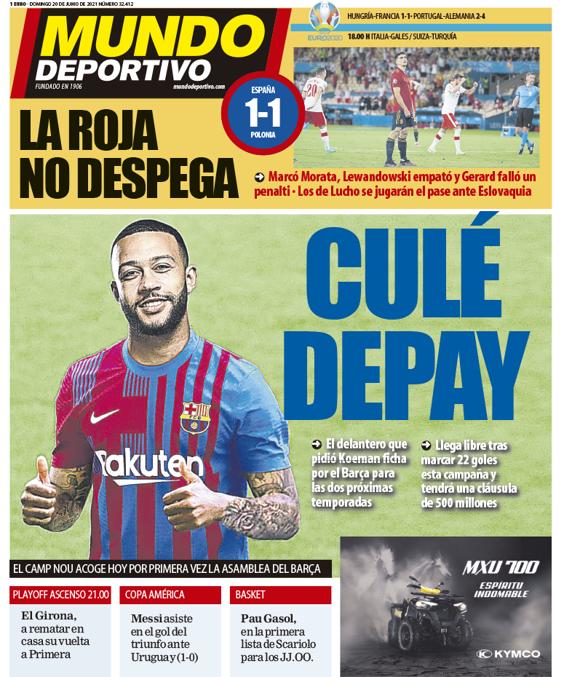 BARCELONA: Memphis Depay has completed his move to Barcelona after Ronald Koeman pushed for a reunion with his former Dutch star. He netted 22 league goals with Lyon last season, and signs a two year contract with La Blaugrana, including a rumoured €500m release clause.