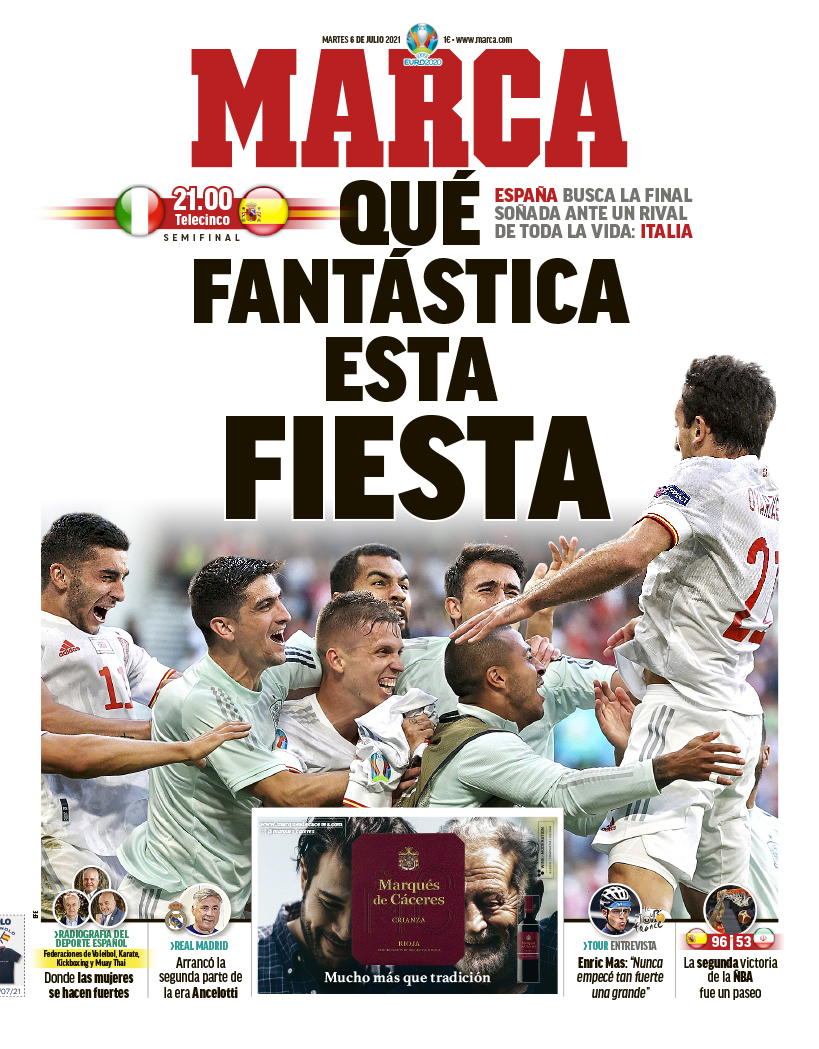 SPAIN: How fantastic is this party? Spain are aiming for a place in the Euro 2020 final as they take on arch rival Italy at Wembley Stadium. 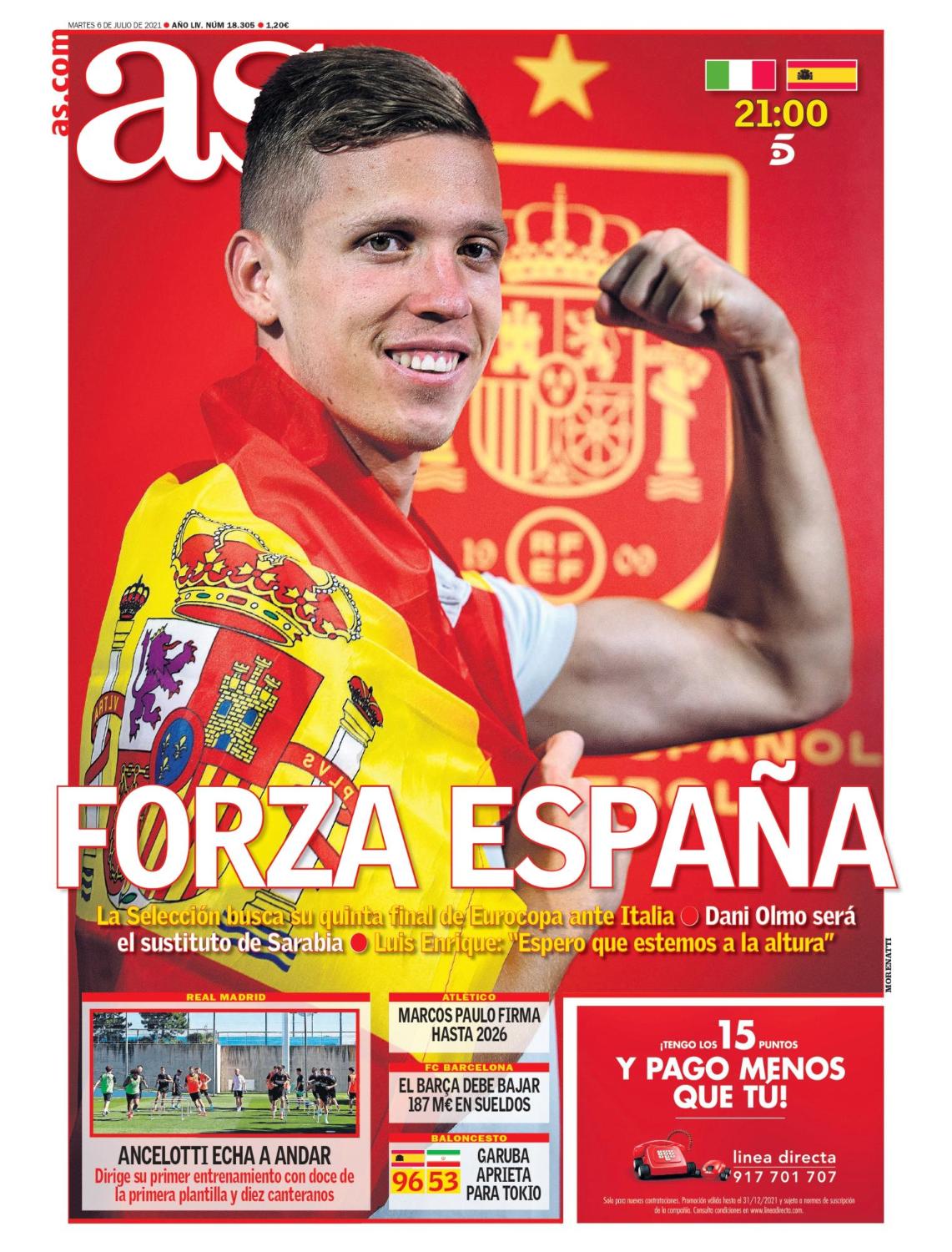 SPAIN: Force de Spain - Spain are searching for a place in the Euro 2020 final as they take on Italy in tonight's semi final. RB Leipzig star Dani Olmo looks set to replace the injured Pablo Sarabia in the starting line up as Luis Enrique claims his side are ready for the challenge. REAL MADRID: Carlo Ancelotti takes charge of his first Real Madrid pre season training session with just 12 senior players. 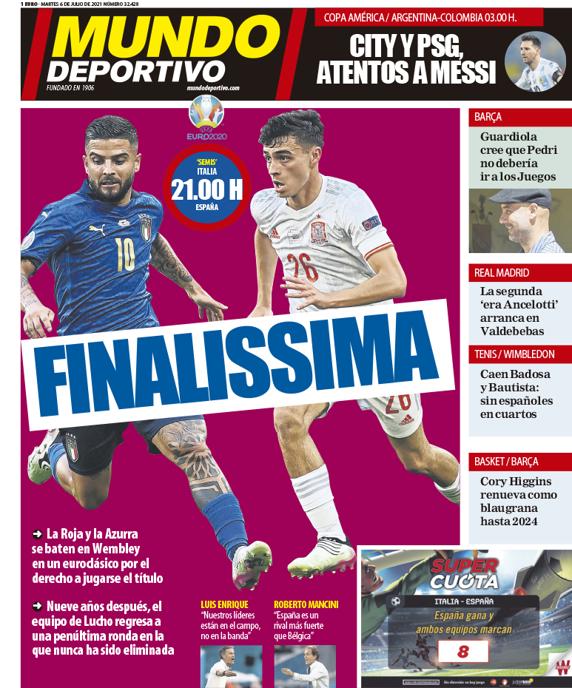 SPAIN: The Final - Spain and Italy face off in the Euro 2020 semi final as La Roja push for the chance to be crowned as European champions for the first time since 2012. BARCELONA: PSG and Manchester City are both monitoring Lionel Messi's transfer position after the Argentinian's contract with Barcelona expired at the end of June.