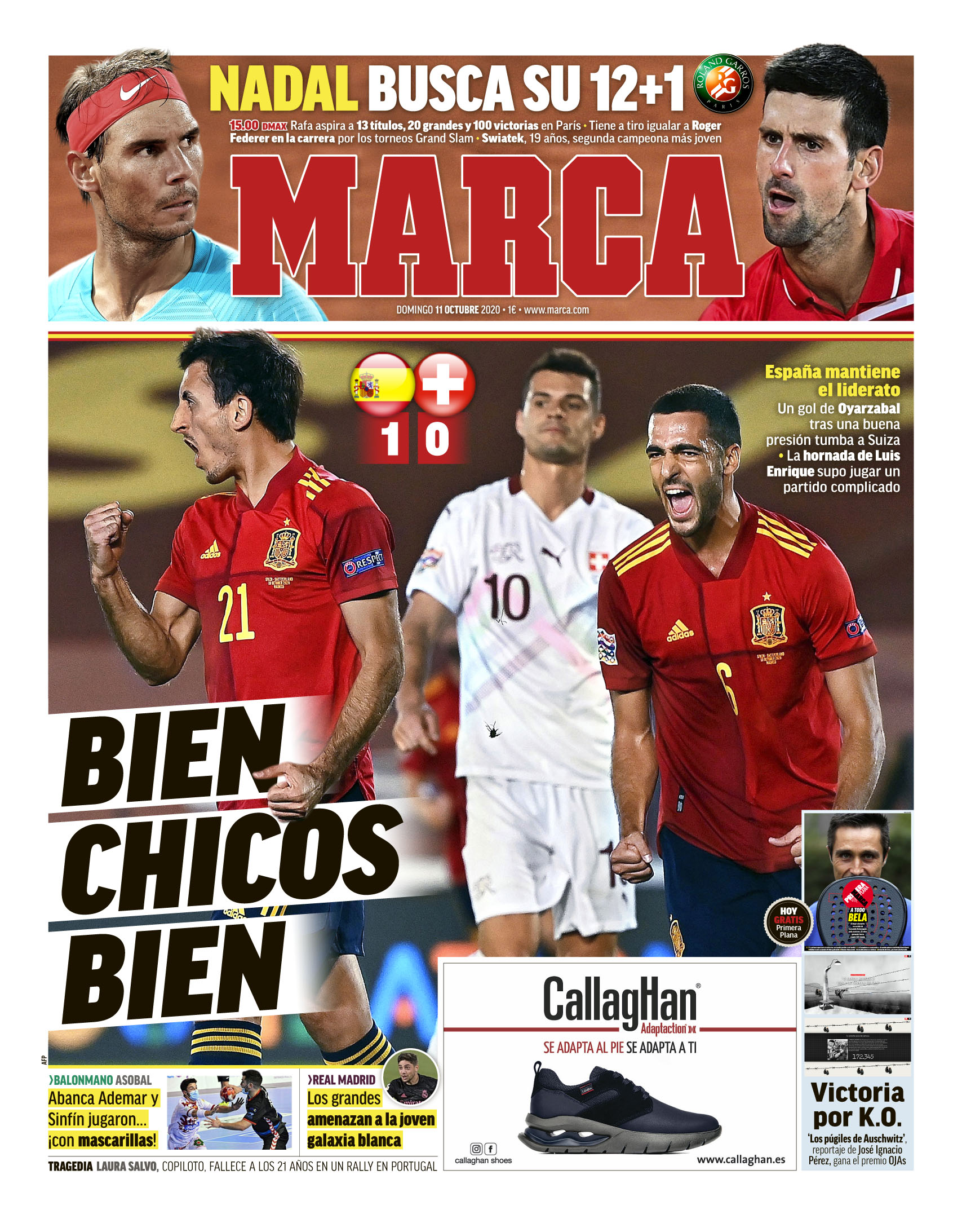 SPAIN: Good Guys - Spain remain on top of their UEFA Nations League group with a 1-0 win at home to Switzerland. A goal for Mikel Oyarzabal secured all three points for Luis Enrique's side, with the former Barcelona midfielder masterminding a hard earned win over difficult opponents. 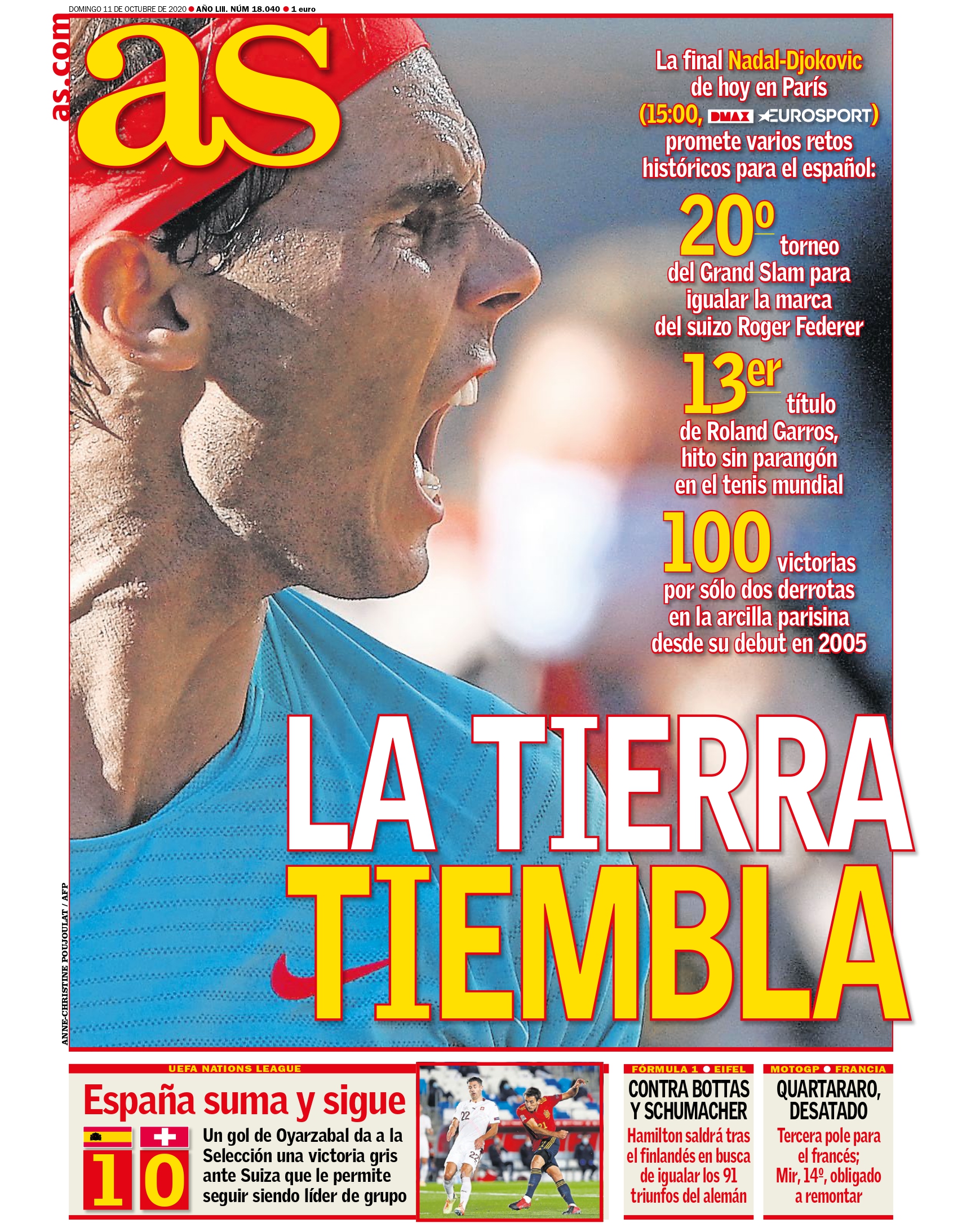 SPAIN: Spain Add and Go - A goal for Real Sociedad star Mikel Oyarzabal secured a 1-0 low key win for Spain over Switzerland in UEFA Nations League action. The victory moves Luis Enrique's side stay on to the top of their group with three games still to play in 2020. 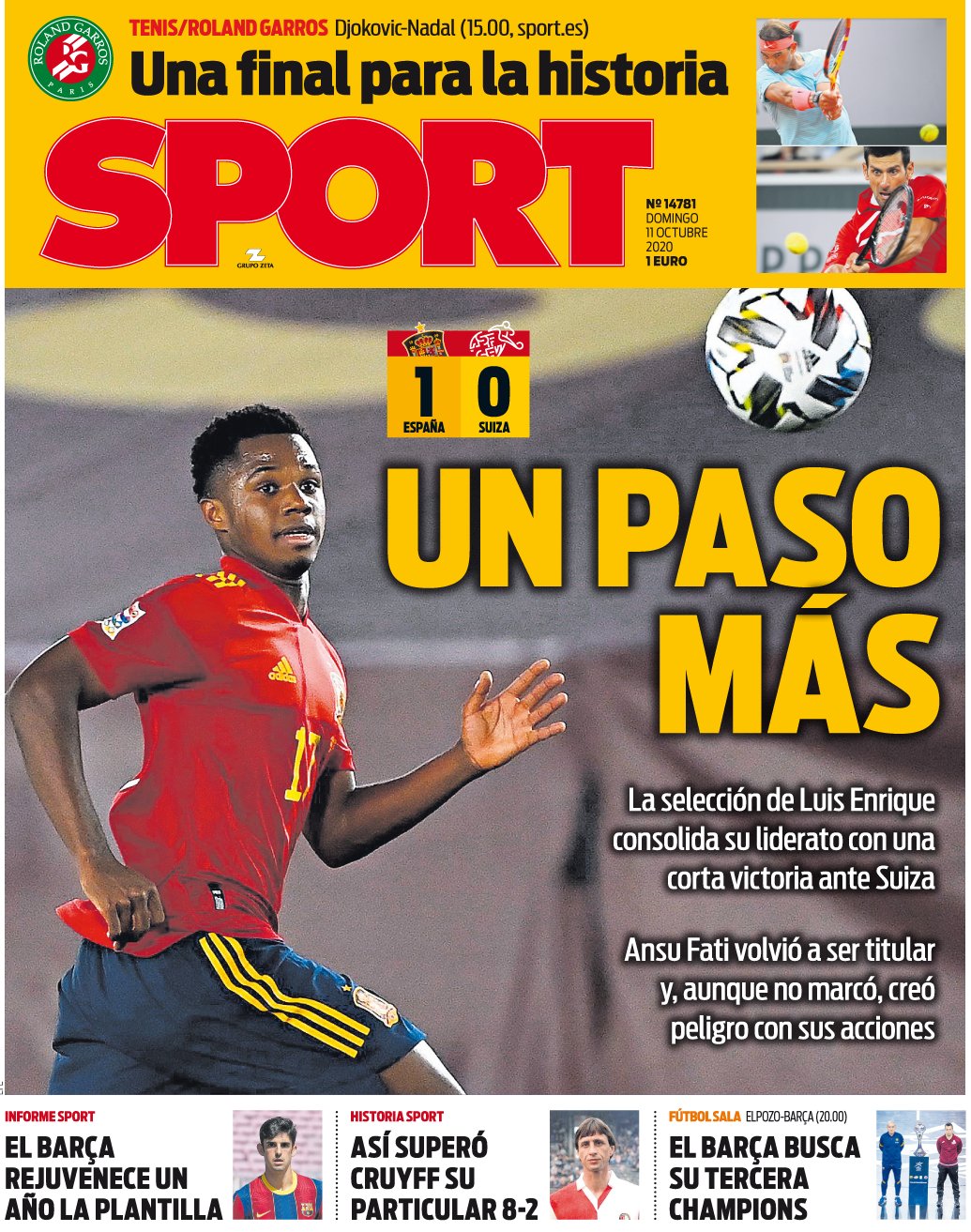 SPAIN: One More Country - Luis Enrique's Spain side have held onto their leadership of their UEFA Nations League group with a hard fought 1-0 win over Switzerland. Barcelona star Ansu Fati once again played a key role for La Roja, and despite not scoring, he was Spain's most dangerous player on the night in Madrid.