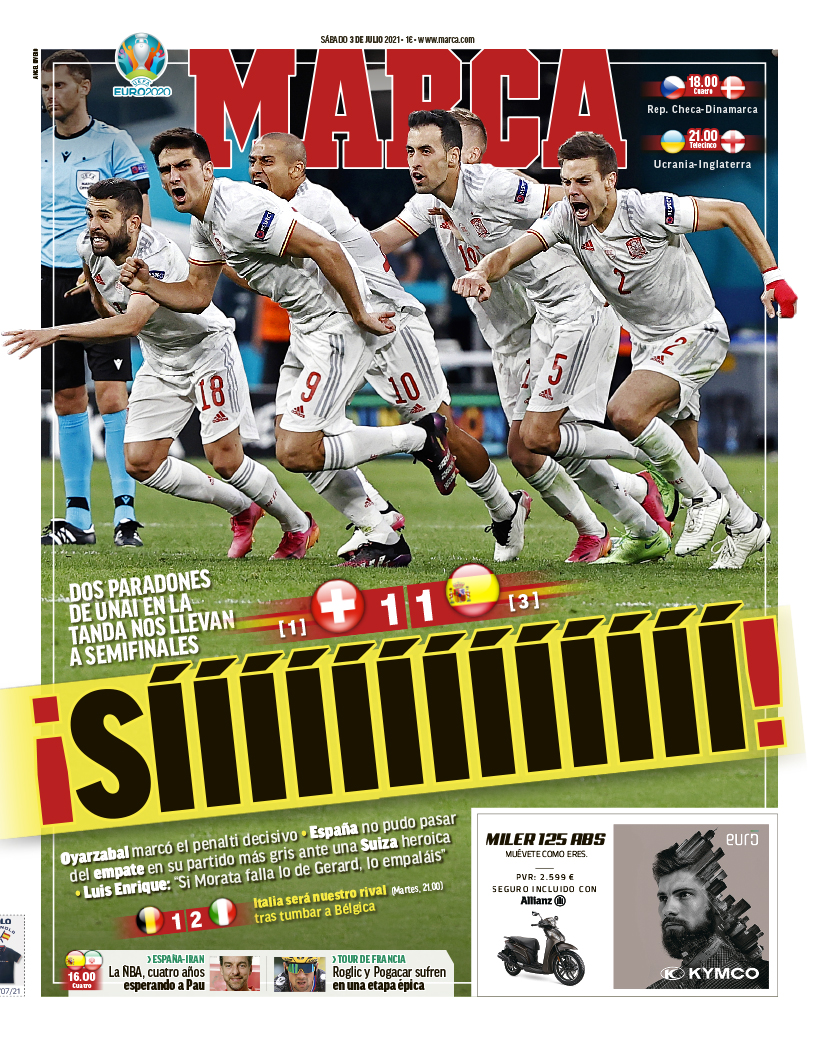 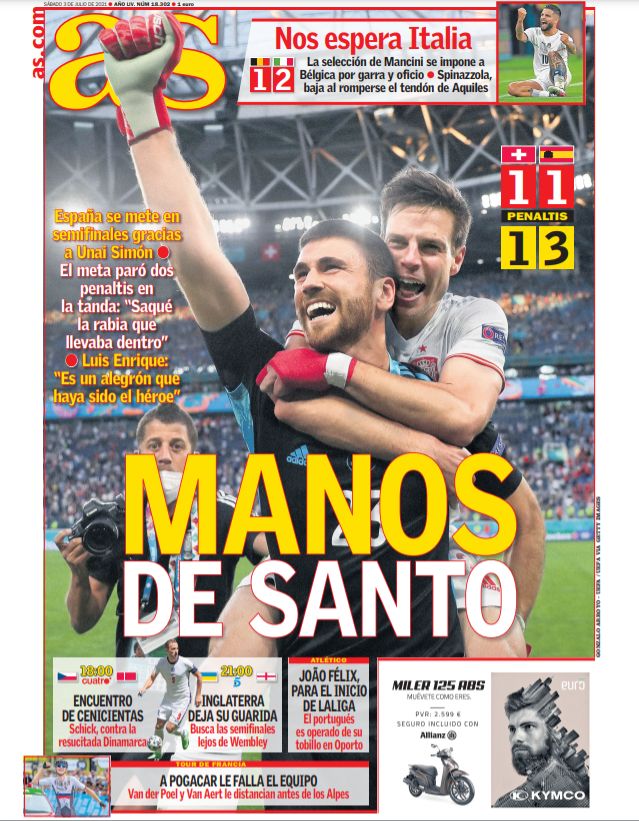 SPAIN: Hands of a Saint - Spain reach the semi finals of Euro 2020 thanks to goal keeper Unai Simon. The Basque stopper kept out two Switzerland penalties as he releases his rage in the shootout in Russia and boss Luis Enrique labels him as a hero. 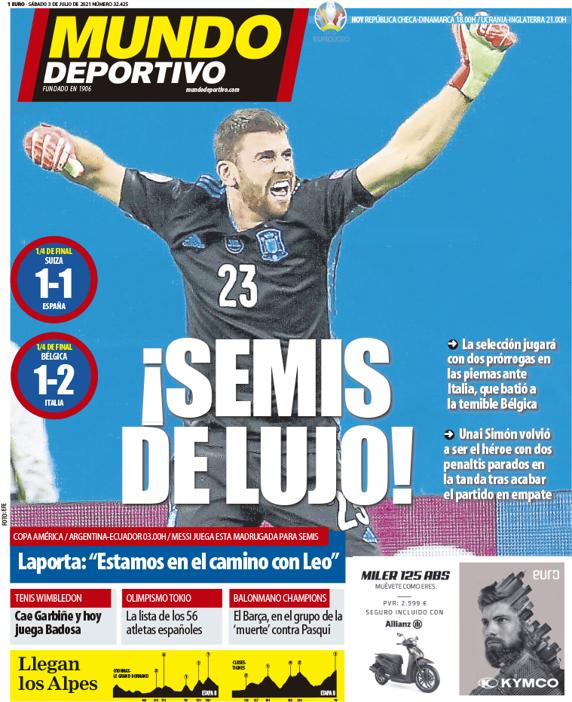 SPAIN: Semis Deluxe - Spain will face Italy in the Euro 2020 semi final after another demanding extra time last eight win over Switzerland in Saint Petersburg after Roberto Mancini's side beat Belgium. Unai Simon was the hero as he saved two Swiss penalties on the night to secure Spain's place in the last four after two previous La Roja misses.