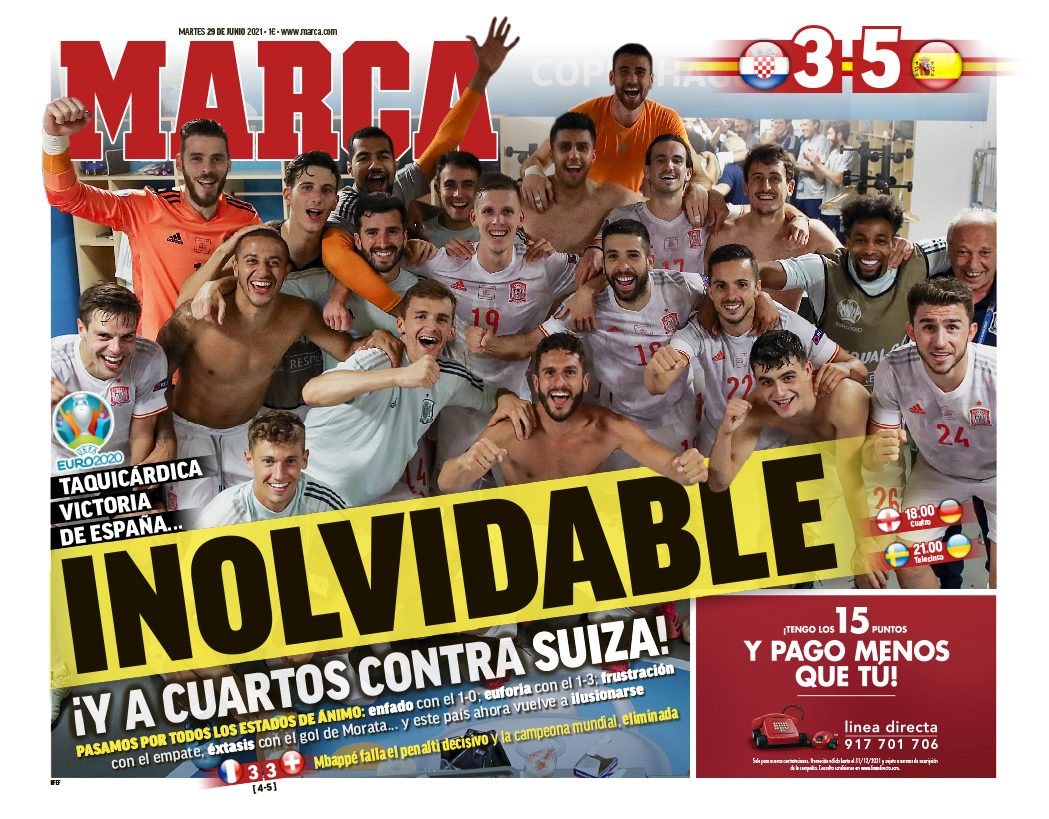 SPAIN: Unforgettable - Tense win for Spain as they power on into the last eight to face Switzerland. Spain went through a range of emotions against Croatia in the last 16, from conceding early to leading 3-1 with 10 minutes to go in normal time. Alvaro Morata and Mikel Oyarzabal scored in extra time to secure the 5-3 win for Luis Enrique's side. 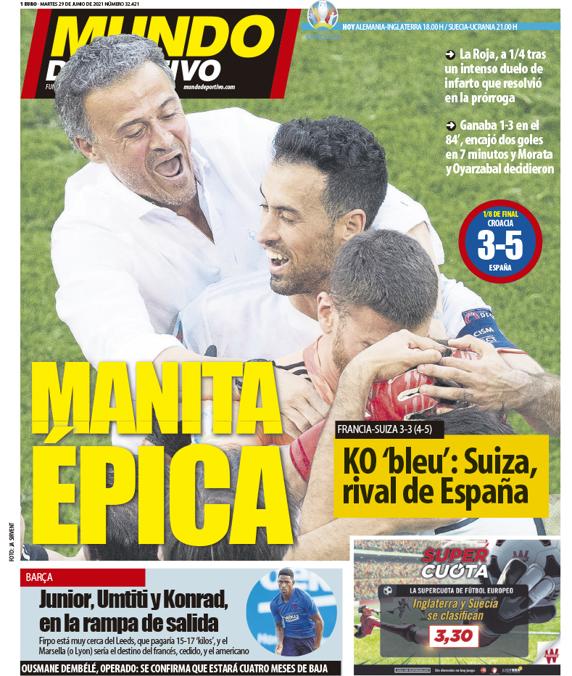 SPAIN: Epic Hand - Spain were forced to go through extra time in their Euro 2020 last 16 clash with Croatia as they sealed a hard fought quarter final spot. They threw away a 3-1 lead in the final five minutes with goals from Alvaro Morata and Mikel Oyarzabal securing the win in extra time. 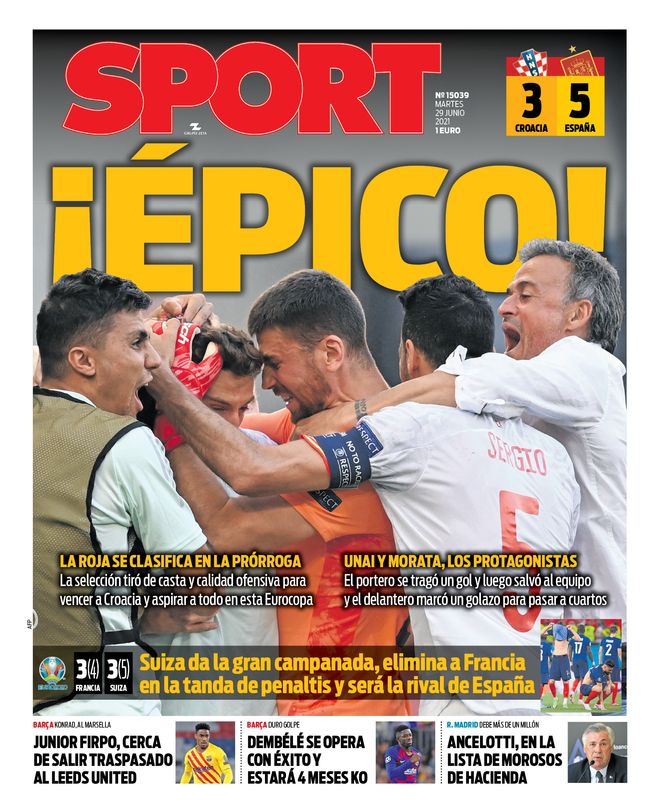 SPAIN: Epic - Spain secure a Euro 2020 last eight thanks to a battling extra time win over Croatia. Unai Simon and Alvaro Morata were the protagonists for Luis Enrique's side who now face Switzerland in the next round.