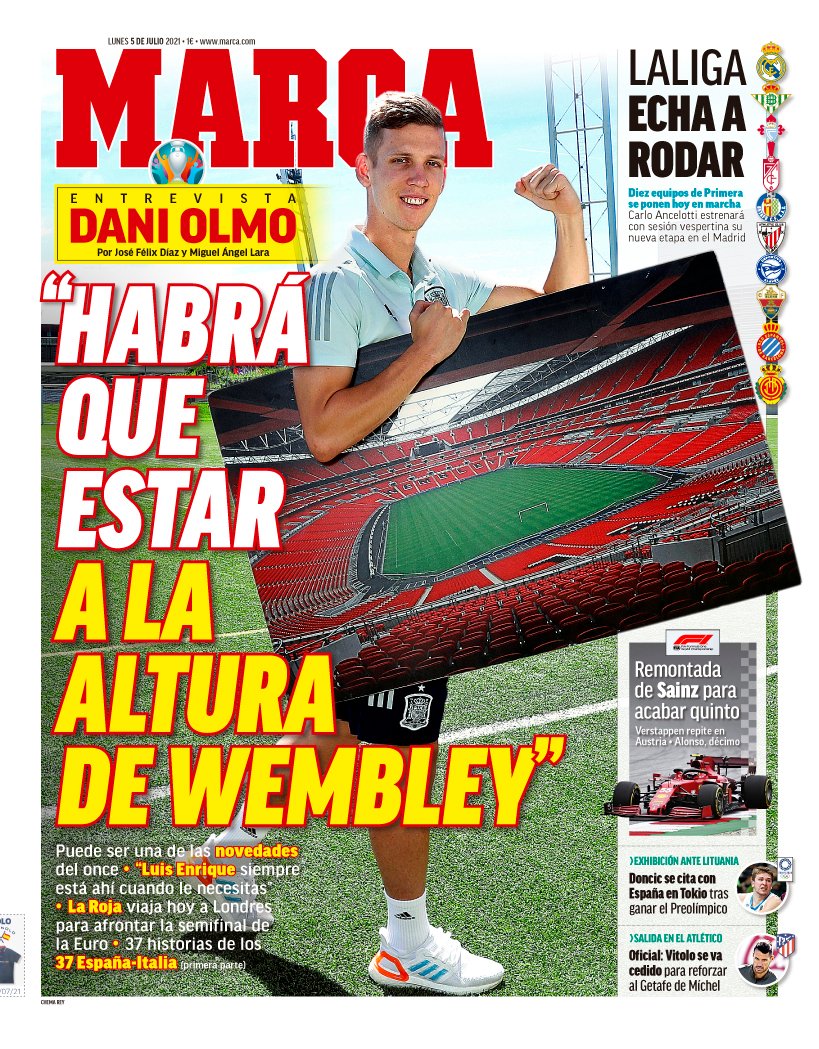 SPAIN: Dani Olmo Interview - We will have to be at our best at Wembley. The RB Leipzig man could be recalled to the Spain starting XI in London as Luis Enrique reshuffles his options in the Euro 2020 semi finals. Spain face Italy for the 38th time in their history. 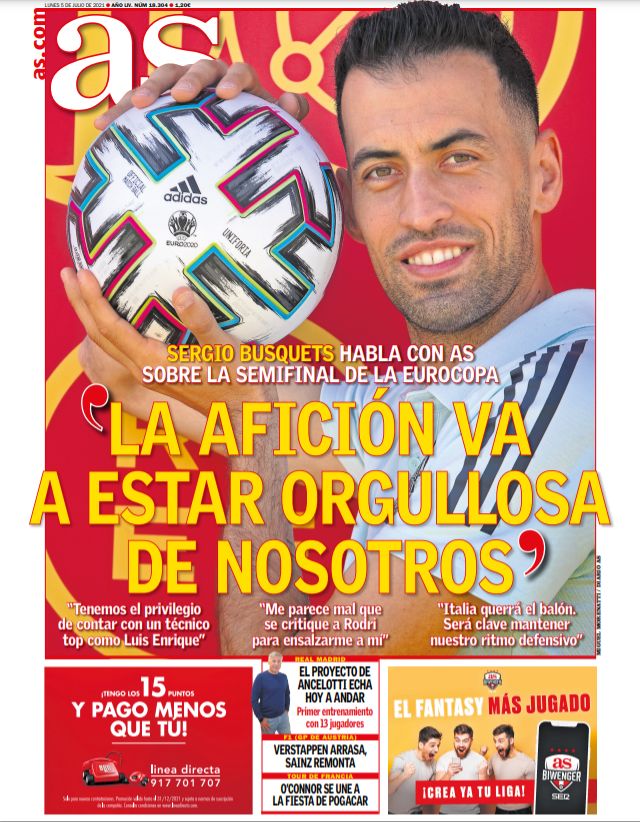 SPAIN: Sergio Busquets Interview - The fans will be proud of us. Busquets claims Spain are privileged to be working with a top manager in Luis Enrique. He also states how it is unfair to criticise Rodri and not him, after they both missed penalties against Switzerland and calls on La Roja to keep their defensive shape against Italy. 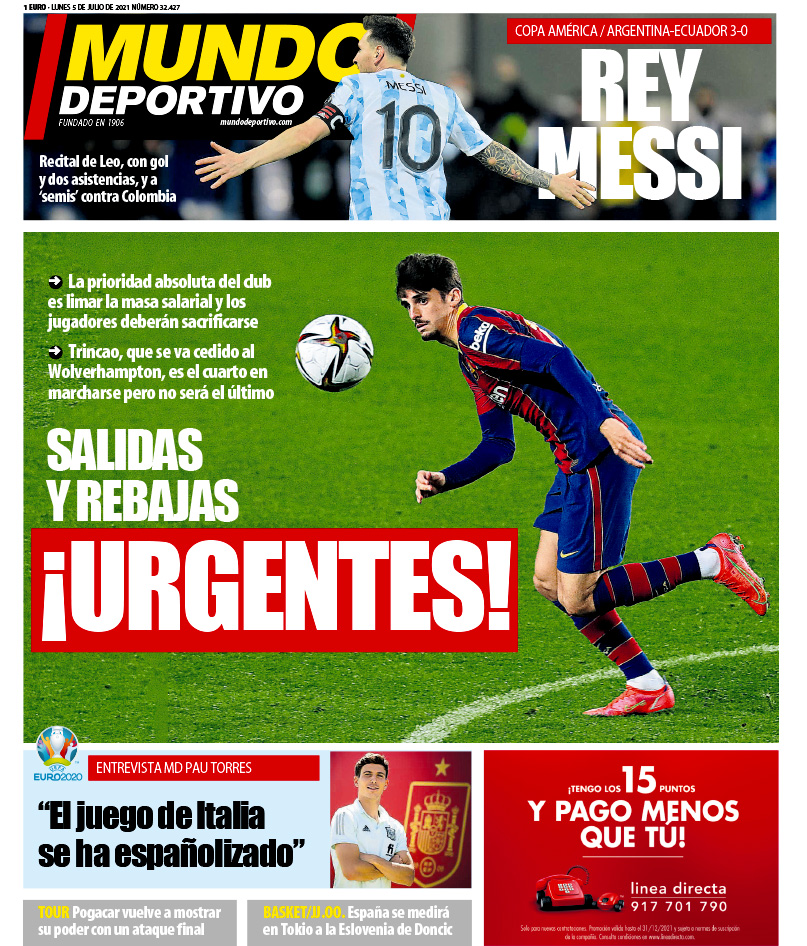 BARCELONA: Urgent Exits and Sales - Barcelona are aiming to remove their highest earners in the coming weeks as part of club wide cuts with certain stars asked to reduce their salaries. Trincao has already joined Wolves on loan but he will not be the last pre season exit.