Monday’s front page headlines from Marca, Diario Sport and Diario AS, in English. 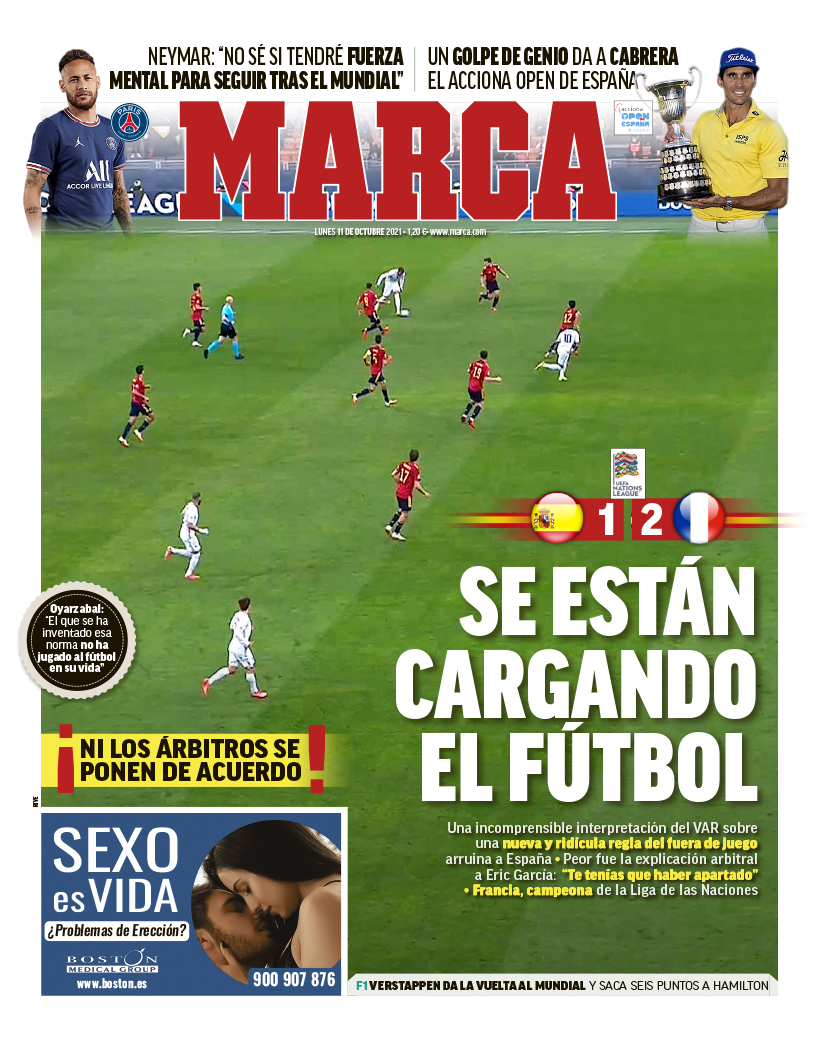 SPAIN: They are changing football - A new and ridiculous VAR interpretation of offside has cost Spain in the UEFA Nations League final. The referee ruled Eric Garcia had interfered with play in the build up to Kylian Mbappe's winning goal. France have sealed their first ever UEFA Nations League title with a 2-1 win in Milan. 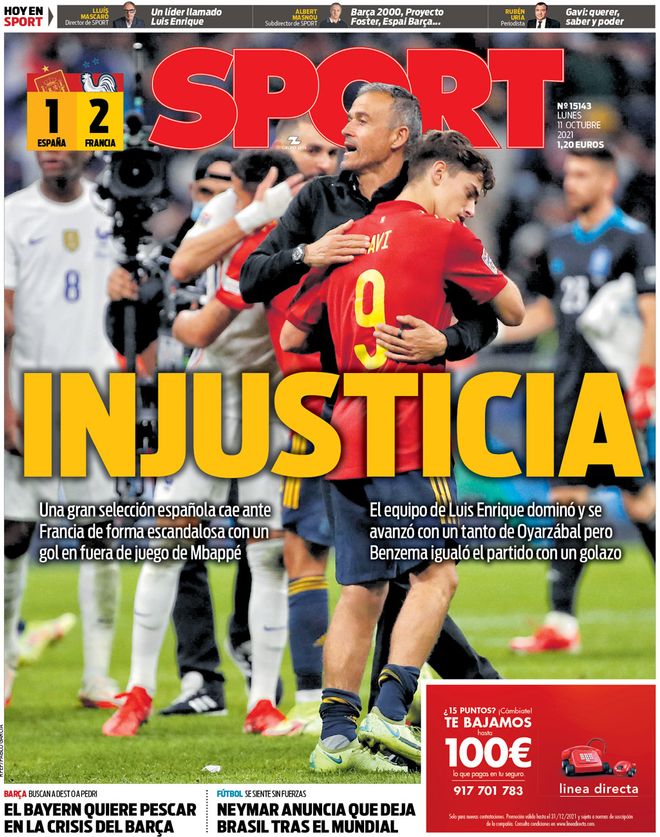 SPAIN: Injustice - A fine performance from Spain in the UEFA Nations League final ended in controversy as Kylian Mbappe's objectional winning goal was allowed to stand despite appearing to be offside. Luis Enrique's side dominated in Milan, with Mikel Oyarzabal putting them 1-0 ahead, before Karim Benzema equalised and Mbappe won it. 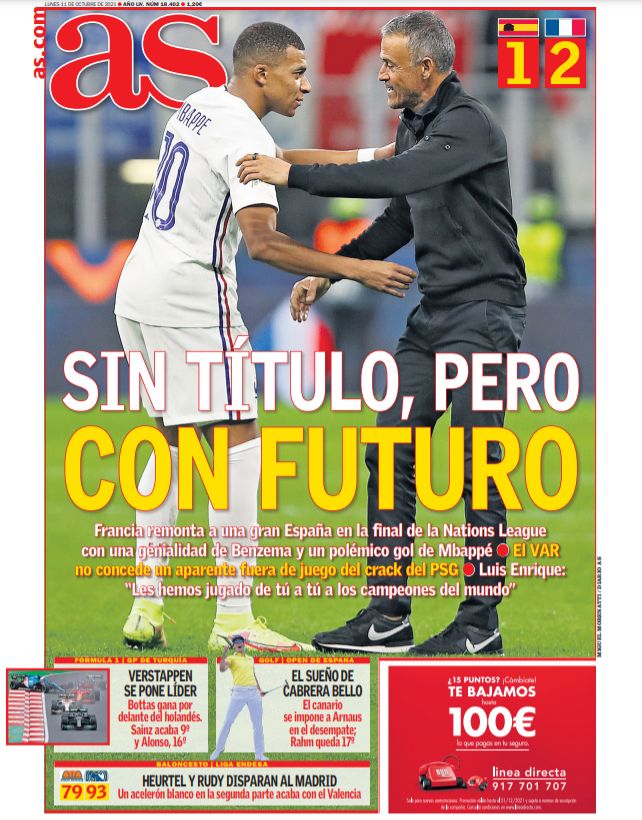 SPAIN: No title, but with a future - France fightback to beat Spain 2-1 in the UEFA Nations League final via a wonder goal from Karim Benzema and a controversial late winner from Kylian Mbappe. VAR awarded Mbappe's goal but Luis Enrique stated his pleasure at their ability to go toe to toe with the world champions.