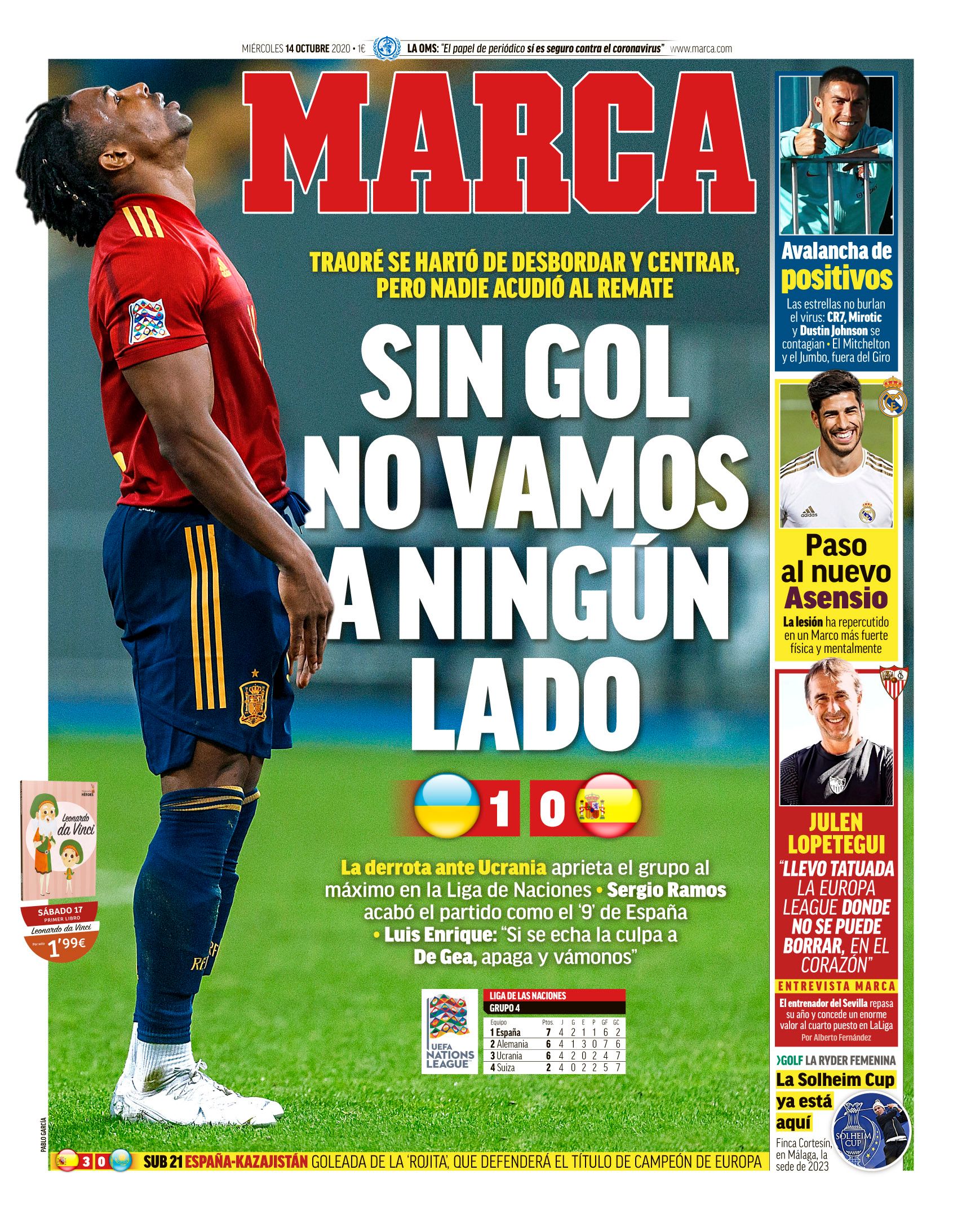 SPAIN: We go nowhere without a goal - Adama Traore is fed up of running and crossing rotating role with Spain. Defeat to Ukraine makes Spain's UEFA Nations League campaign even tighter. Sergio Ramos finished the game as the '9' for Luis Enrique' side. Enrique refuses to blame David De Gea following his error which led to Ukraine's winning goal. 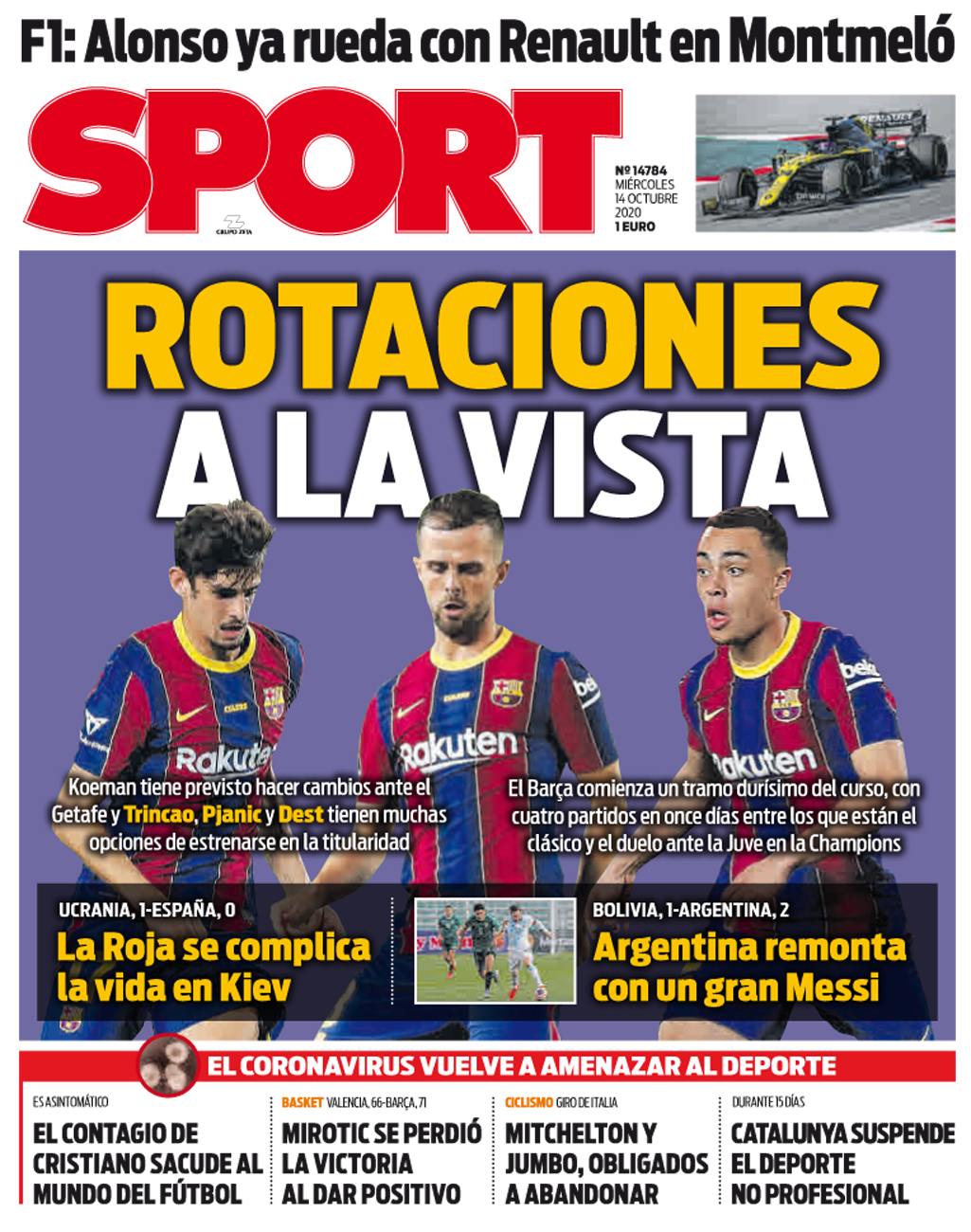 BARCELONA: Changes in sight - Ronald Koeman is et to make changes to his side for this weekend's La Liga clash with Getafe with Trincao, Miralem Pjanic and Sergino Dest all in line to start. Barcelona will kick of a difficult period of games of four games inside 11 days including an El Clasico tie with Real Madrid and a Champions League clash with Juventus. 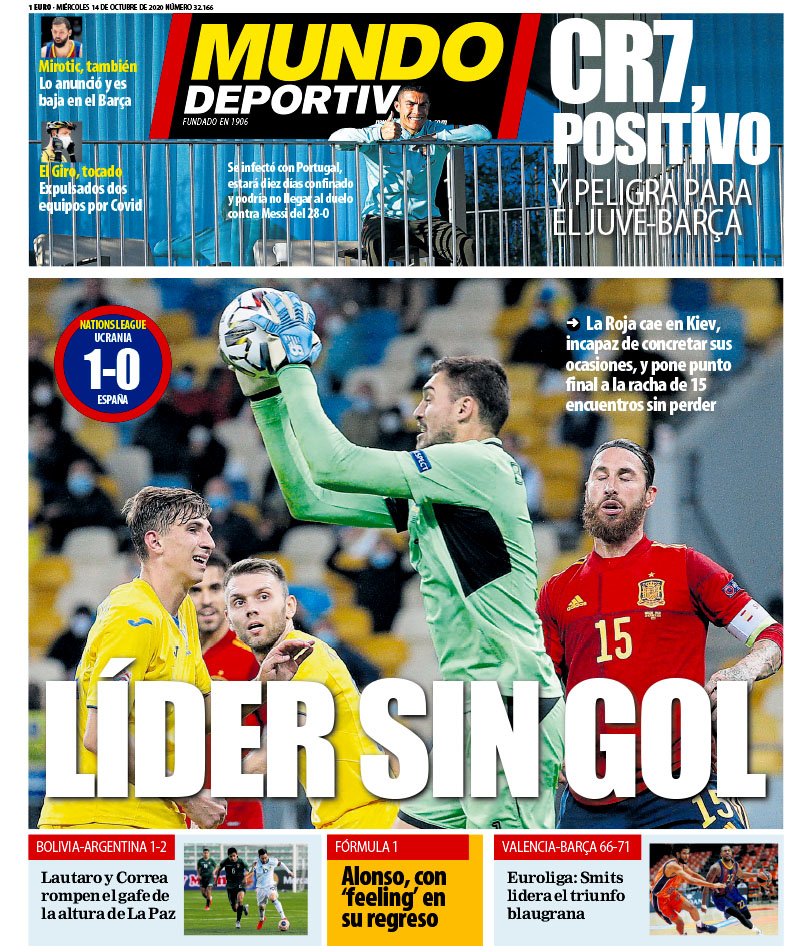 SPAIN: Leader without a goal - La Roja lose in Kiev as Luis Enrique slip to a 1-0 defeat against Ukraine. Spain's defeat away in UEFA Nations League action brings to an end their 15 game unbeaten run in international action.