Tuesday’s front headlines from Marca, Diario AS and Mundo Deportivo, in English. 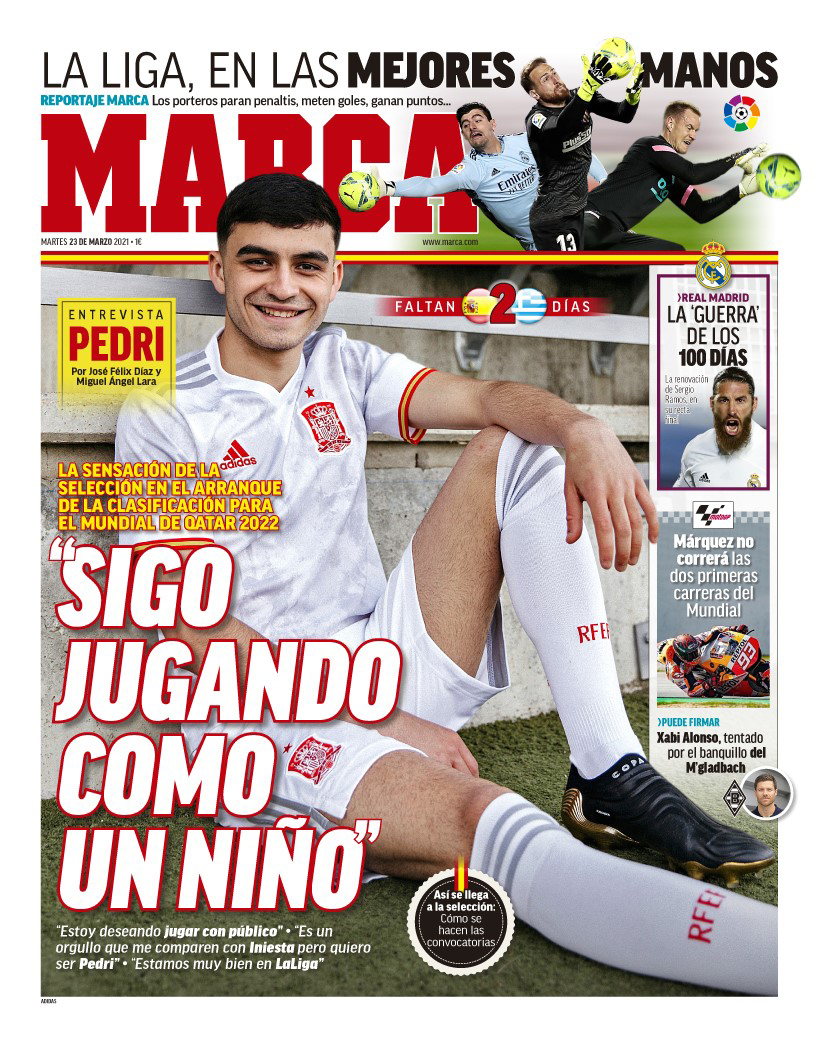 SPAIN: Pedri Interview - 'I am play the same way as I did as a child' - The Barcelona teenage sensation is set to make his senior debut for Spain this week as Luis Enrique's side kick off the qualification campaign for the 2022 World Cup. 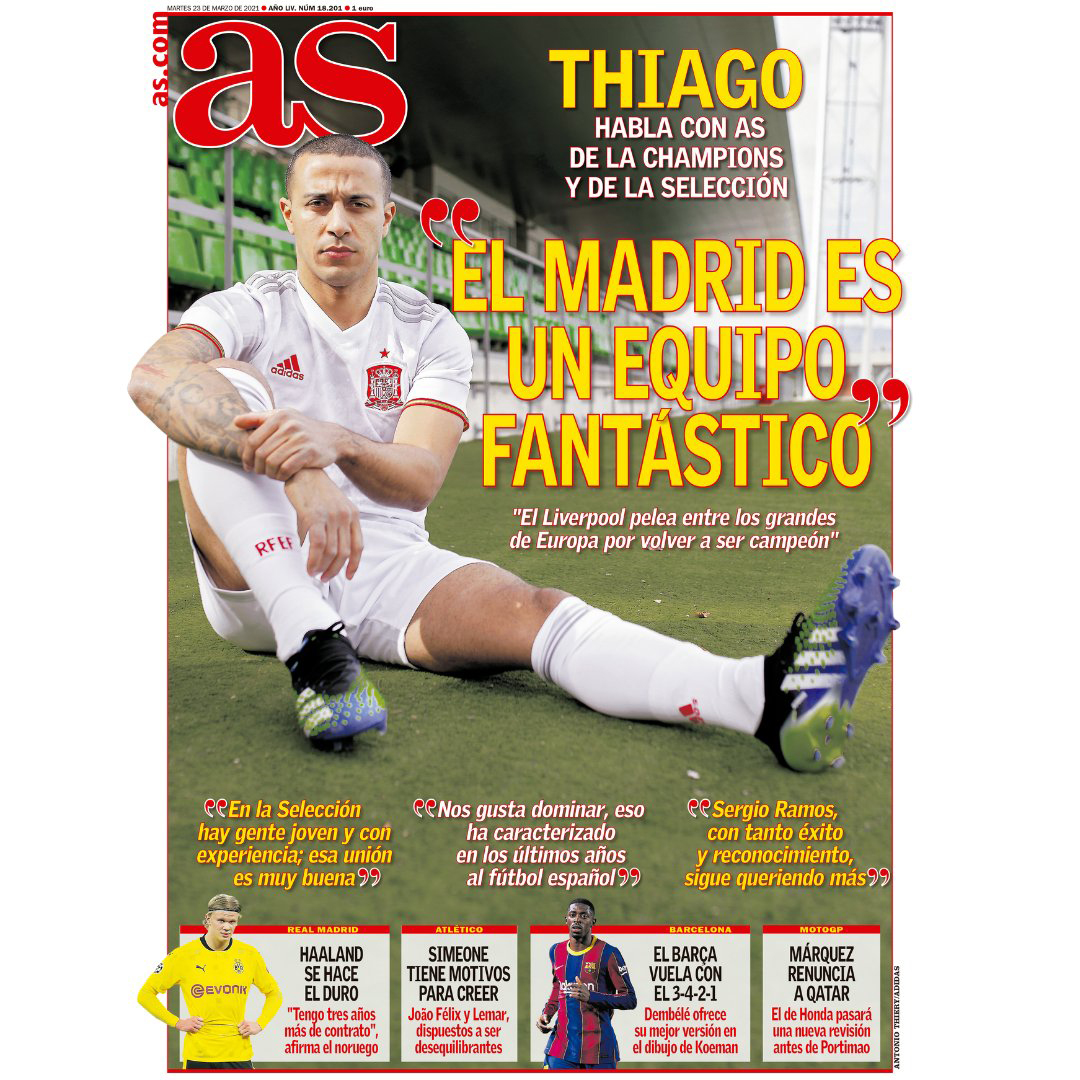 SPAIN: Thiago Interview - 'Real Madrid are a fantastic team' - The Liverpool star speaks ahead of his side's Champions League showdown with Los Blancos next month as he looks ahead to the 'union' of youth and experience in the Spain squad on 2022 World Cup qualification duty this week. 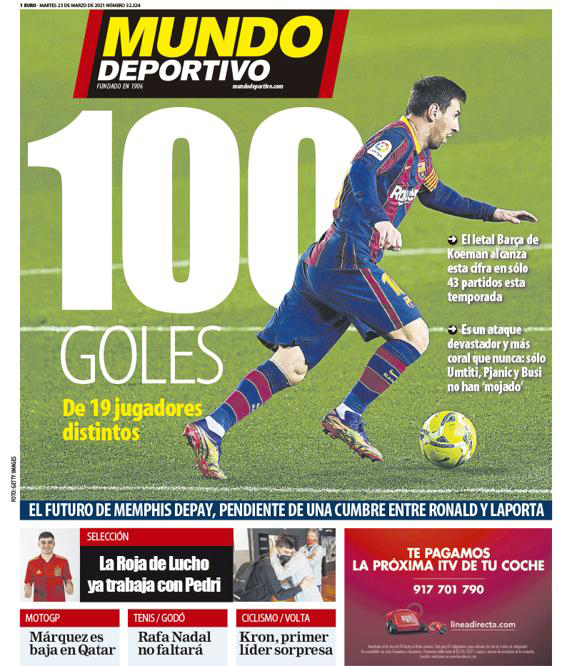 BARCELONA: 100 Goals - Barcelona have reached the 100-goal mark under Ronald Koeman this season with 19 different scorers in 43 games. His attack look deadlier than ever, with Samuel Umtiti, Miralem Pjanic and Sergio Busquets yet to score in 2020/21. BARCELONA: A possible move for Lyon star Memphis Depay will depend on the outcome of a crunch meeting between Ronald Koeman and Joan Laporta this month.