Tuesday’s front page headlines from Marca, Diario Sport and Diario AS, in English. 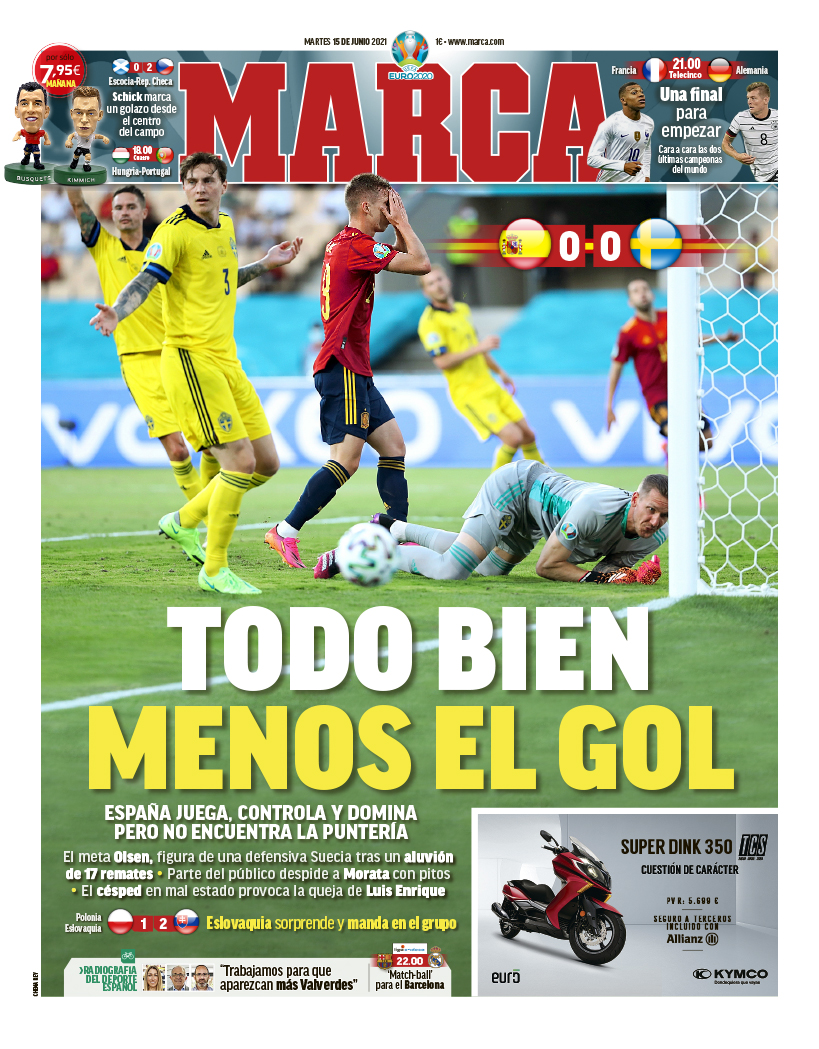 SPAIN: Everything is good...except for a goal - Spain turned in a controlled and dominant performance in their Euro 2020 opener against Sweden. However, Luis Enrique's side were unable to find a breakthrough and were forced to settle for a single point in Sevilla. Alvaro Morata's miss was the major talking point at full time with Luis Enrique facing growing pressure to drop him from the starting line up. 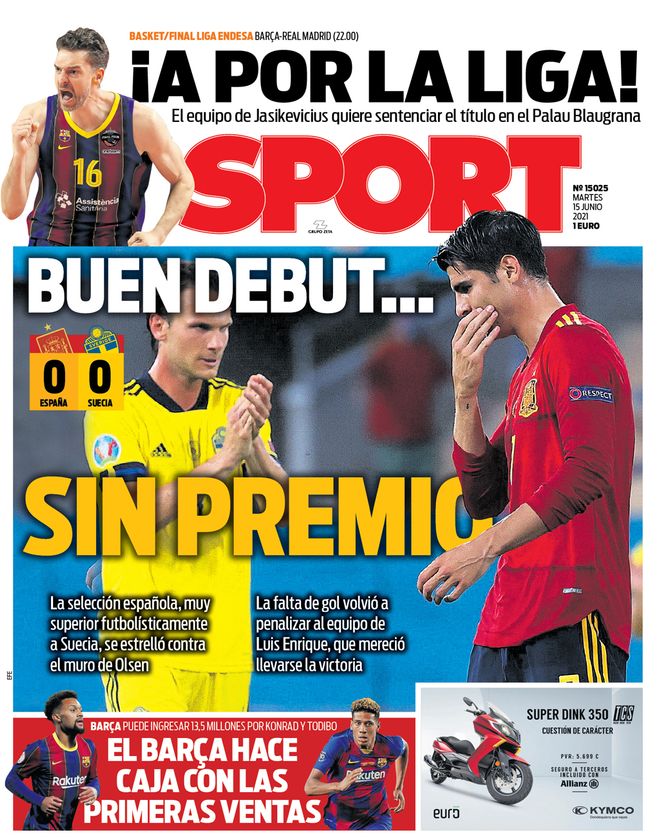 SPAIN: No Prize - Spain dominated their Euro 2020 opening game against Sweden in Sevilla. However, La Roja were unable to find a breakthrough in their 0-0 draw with visiting goal keeper Robin Olsen providing a one man barrier to Luis Enrique's team. Spain deserved to win on the night but their familiar lack of cutting edge in front of goal cost them. 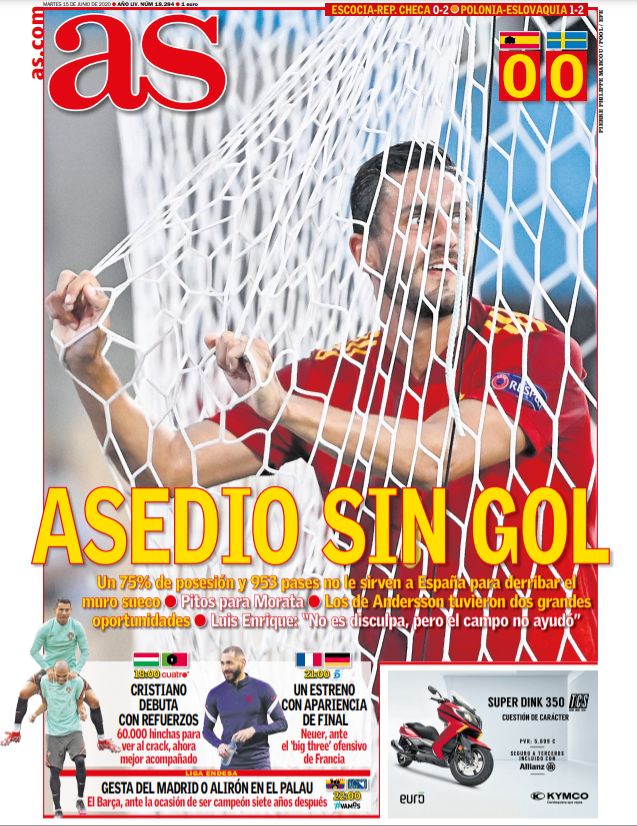 SPAIN: Siege without the goal - Despite racking up 75% possession and 953 passes Spain were unable to find a way past Sweden. Alvaro Morata was whistled following a key miss and Luis Enrique claimed the pitch surface impeded his players.