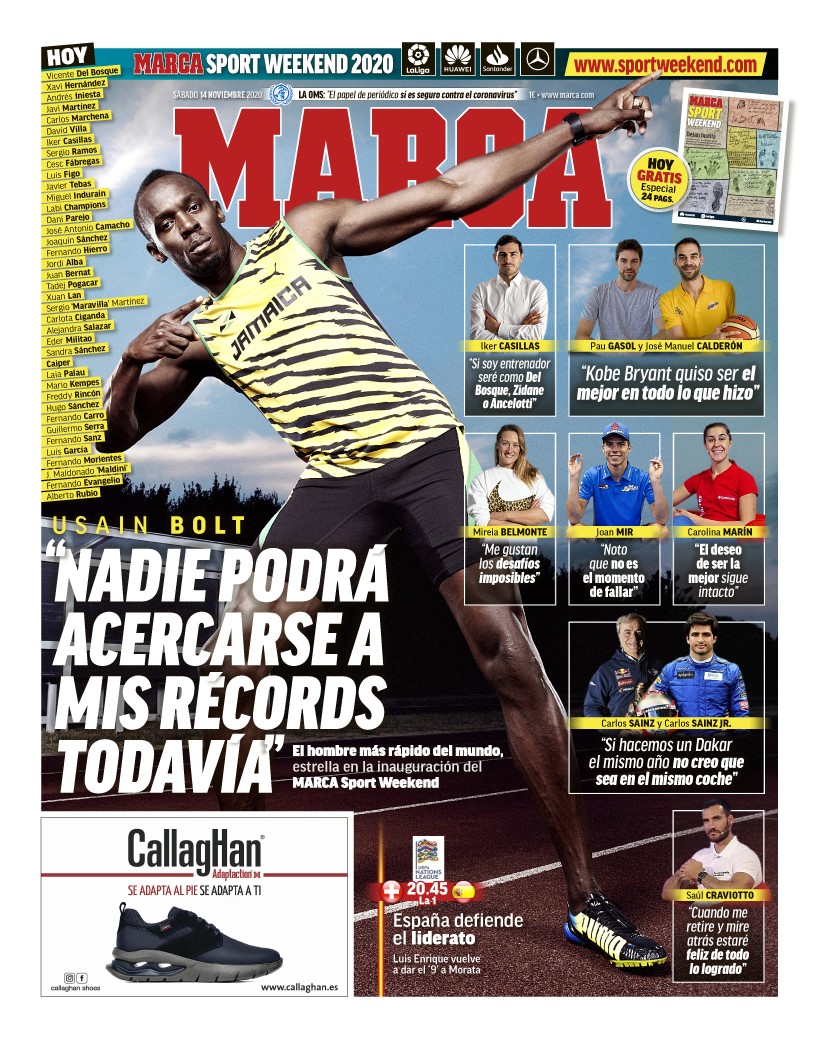 SPAIN V SWITZERLAND: Spain defend their lead at the top of the UEFA Nations League Group A4 away in Switzerland tonight. Luis Enrique's side are currently leading rivals Germany by a point with La Roja pushing for a first ever finals spot in the competition. Alvaro Morata is set to return in No.9 role after missing the defeat to Ukraine last month. 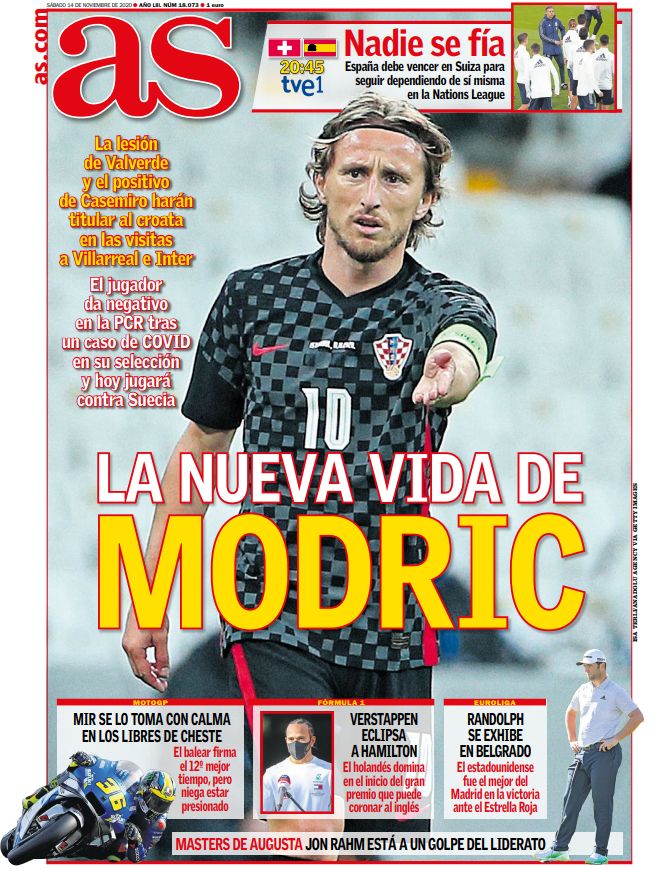 REAL MADRID: The New Life of Modric - Following an injury to Federico Valverde and a positive Covid-19 test for Casemiro, the Croatian international looks set to start in Real Madrid's return to action against Inter Milan and Villarreal. The veteran midfielder has returned a negative test after Croatia captain Domagoj Vida tested positive. 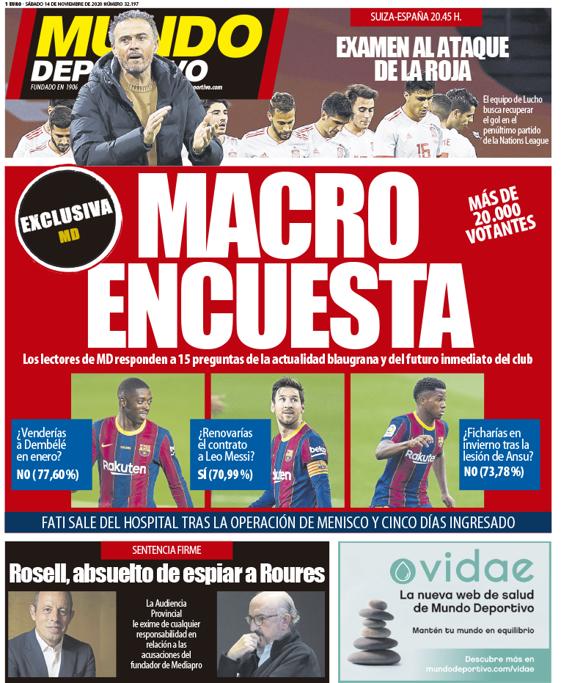 BARCELONA: Macro Survey - Mundo Deportivo readers respond to a survey on the current Barcelona squad with 15 questions on the present and future of the club. 77% are against selling Ousmane Dembele in January, 70% are in favour of renewing Lionel Messi's contract at the club and 73% are against a winter transfer move to replace injured star Ansu Fati.