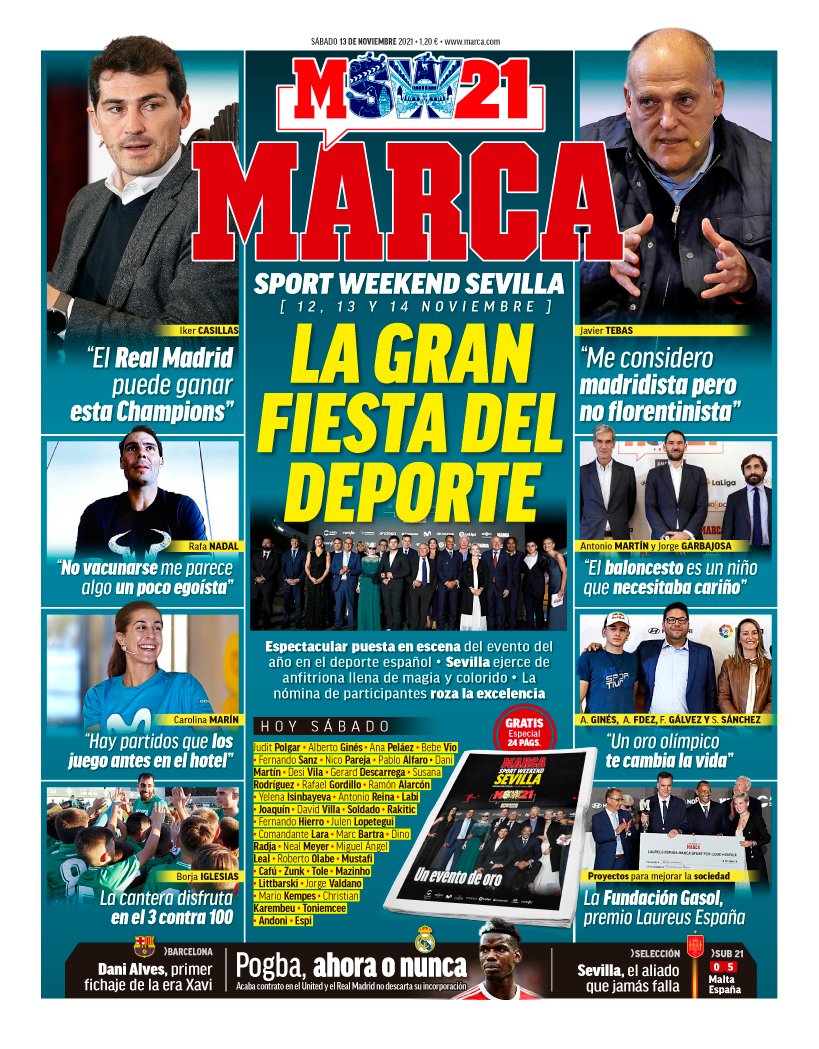 IKER CASILLAS INTERVIEW: 'Real Madrid can win the Champions League'. JAVIER TEBAS INTERVIEW: 'I consider myself a Madridista, but not a Florentinista'. BARCELONA: Dani Alves is the first signing for Xavi at Barcelona. REAL MADRID: Pogba....now or never....Manchester United have ended their contract extension talks with Paul Pogba and Real Madrid could move for him in 2022. 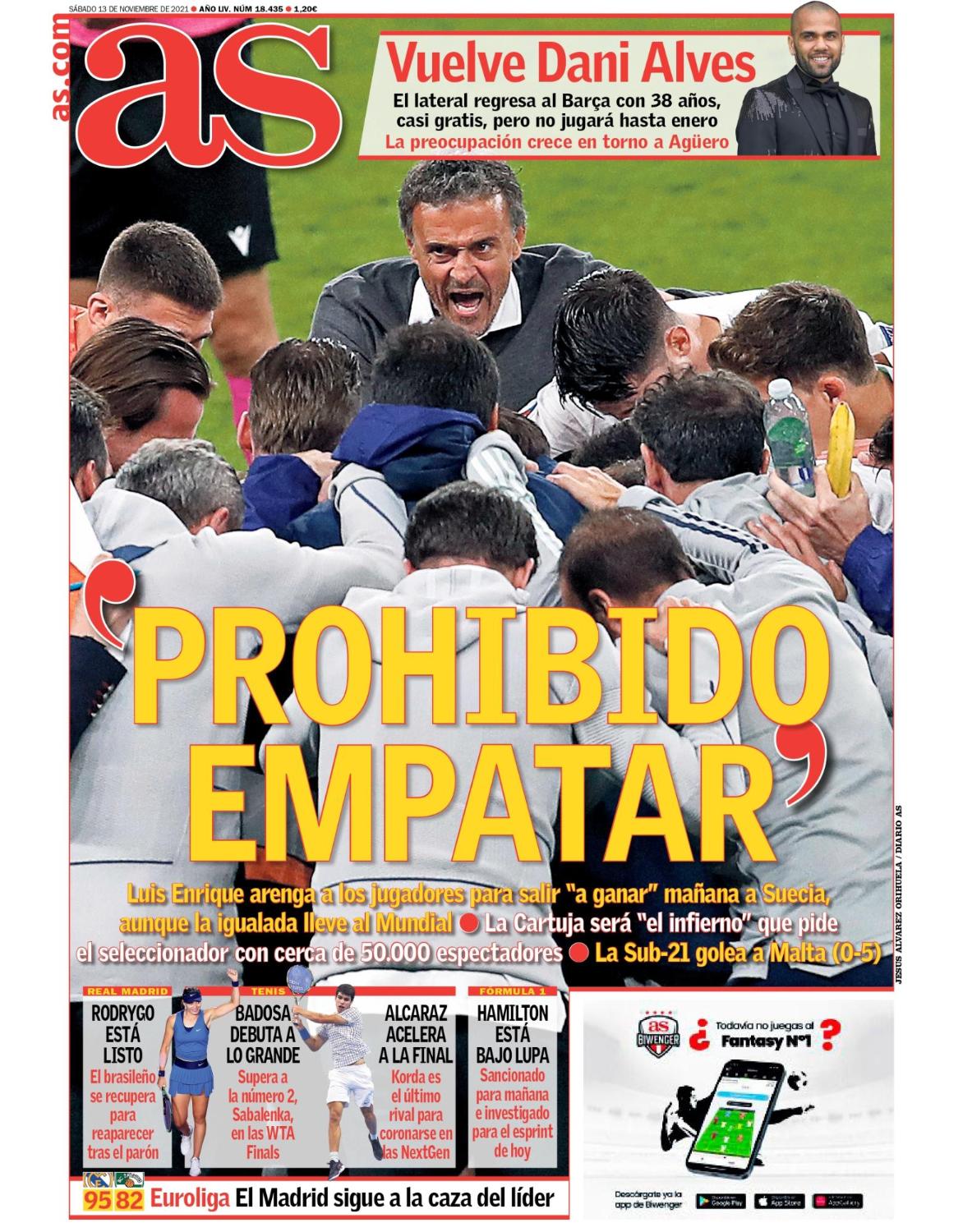 SPAIN: 'I forbid us to draw' - Luis Enrique has called on his players to go out and perform against Sweden tonight even though they only need a draw to qualify for the 2022 World Cup. 50,000 fans at the Estadio de La Cartuja will power La Roja on against the Swedes after the La Roja U21 side battered Malta 5-0. 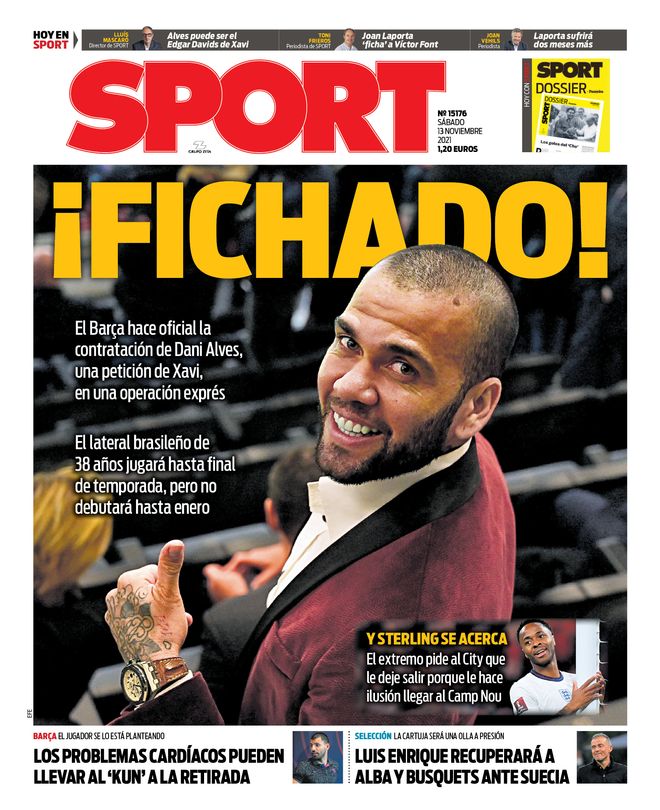 BARCELONA: Signed - Barcelona confirm the return of Dani Alves after Xavi pushed for the Brazilian star on a free transfer in recent days. The 38-year-old has rejoined the Catalan giants until the end of the season but he will ineligible to play until January.