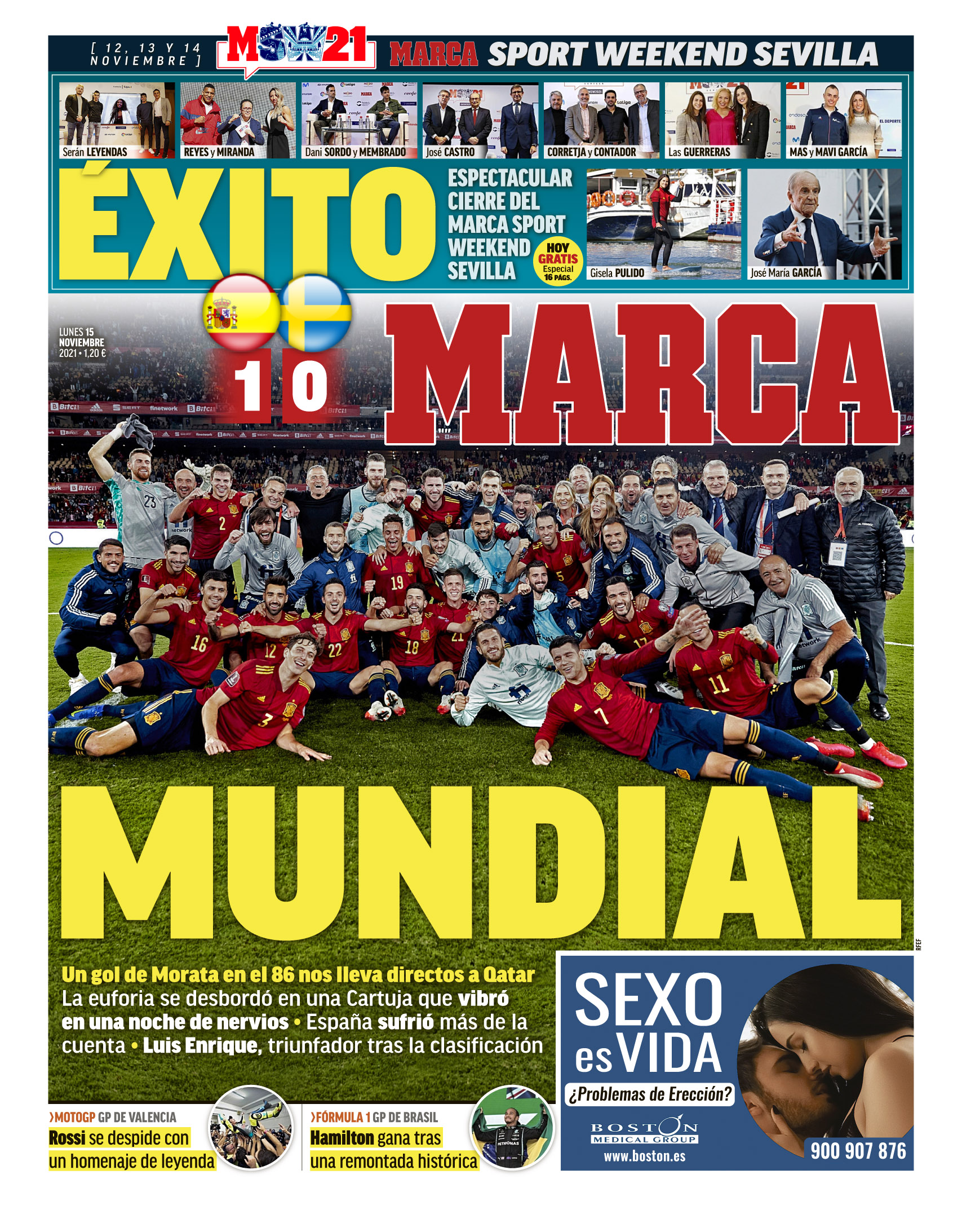 SPAIN: World - Alvaro Morata's 86th minute goal has put Spain on the road to Qatar. The joy at full time came at the end of a nervous night for Spain as they edged out Sweden with Luis Enrique securing a triumph in qualification. 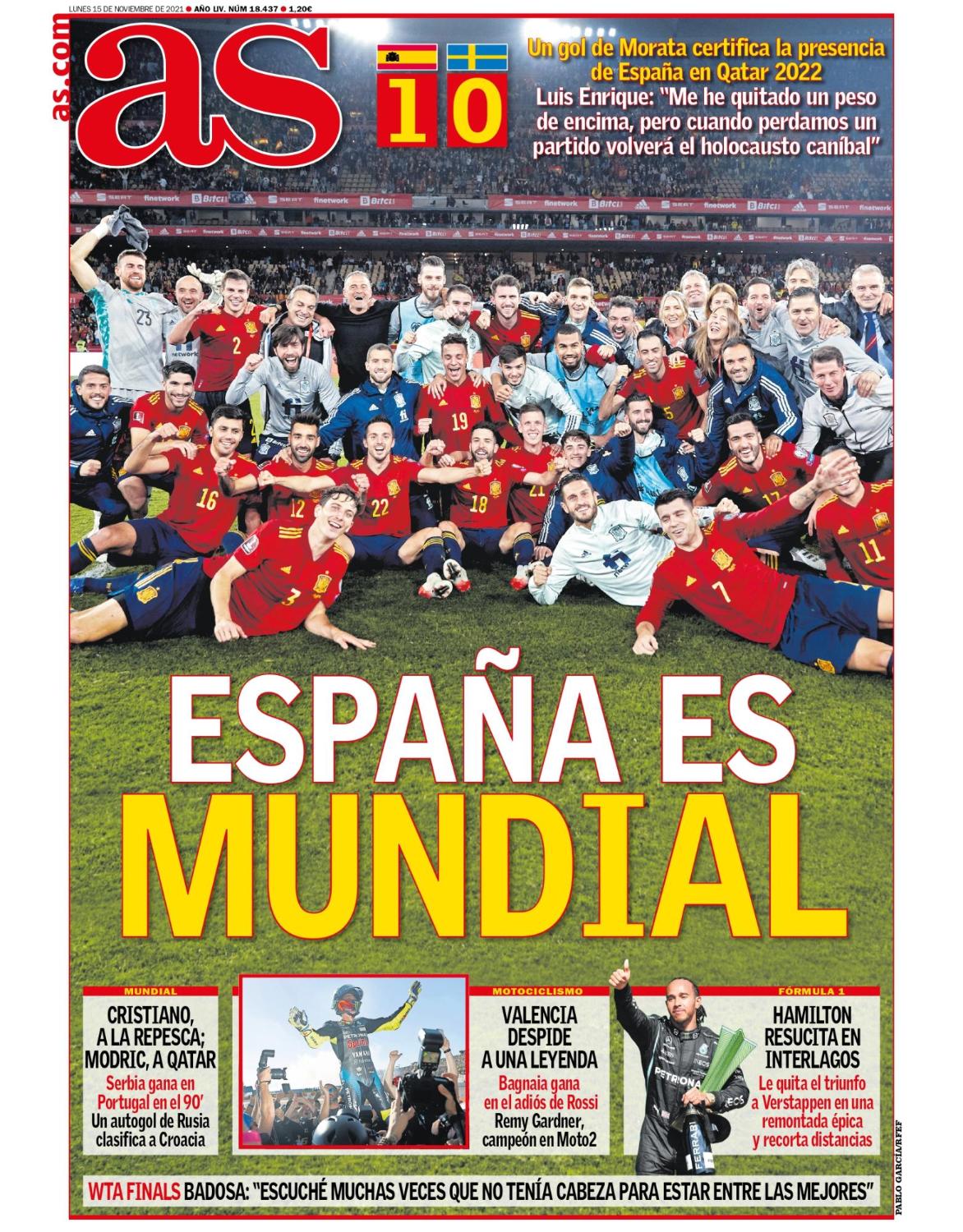 SPAIN: Spain Is Worldwide - Alvaro Morata's goal certified Spain's place at the 2022 World Cup in Qatar. Luis Enrique claimed the result and Spain's passage had taken a weight off his shoulders but claimed he will come in for criticism again when Spain lose in future. WORLD CUP: Cristiano to the play offs with Portugal, as Serbia edge them out as Group A winners, but Modric's Croatia qualify automatically. 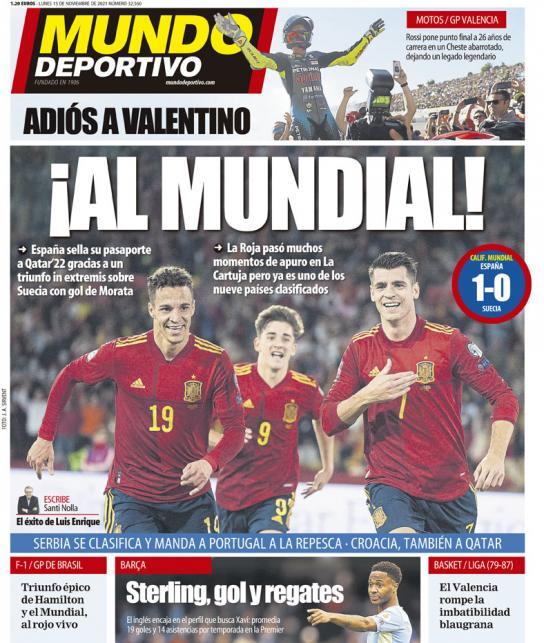 SPAIN: To the World Cup - Spain have sealed their passage to the 2022 World Cup with a nervous night against Sweden ended by Alvaro Morata's winning goal. Spain struggled on the night but they have now joined nine countries in the automatic qualification spots.